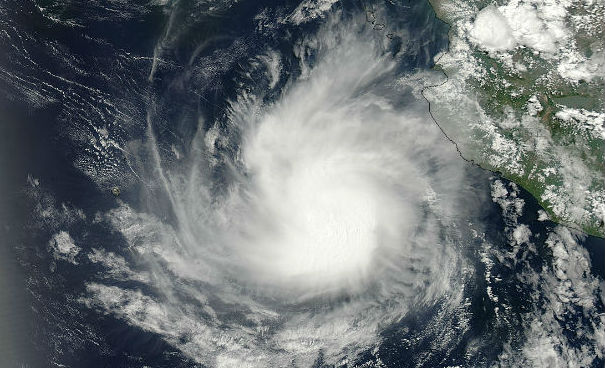 Dalila reached hurricane status on July 2, 2013 but quickly weakened into tropical storm again. Although the storm is well off the southwest coast of Mexico and moving away from land it will continue to produce large surf and swells along portions of the central west coast of Mexico, resulting in dangerous surf conditions and rip currents. 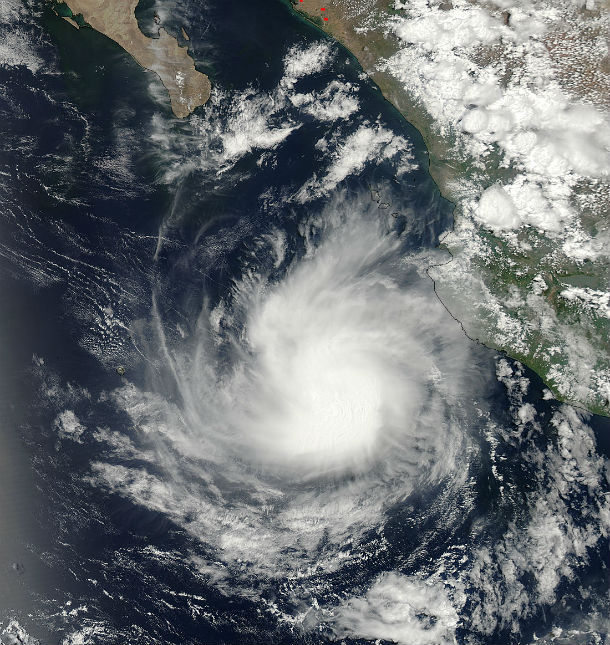 Aqua MODIS satellite image of Eastern Pacific on July 2, 2013 after Dalila became a hurricane. Dalila had strong thunderstorms around its center and bands of thunderstorms in the northern and southern quadrants. (Credit: NASA GSFC/MODIS Rapid Response Team)

Maximum sustained winds have decreased to near 60 mph (95 km/h). Tropical storm force winds extend outward up to 60 miles (95 km) from the center. 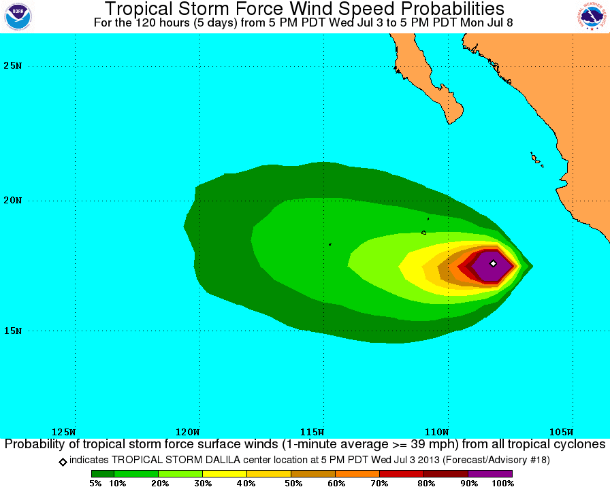 The most recent satellite imagery reveals that the cloud pattern of Dalila is deteriorating fast. The low-level center is removed from a shrinking area of deep convection. It appears that dry and stable air is already affecting the circulation. The official forecast calls for a gradual weakening, but this process could occur faster than forecast.

Dalila has barely moved during the day, trapped to the south of a strong mid-level ridge. This pattern should keep the cyclone on a slow west-southwestward to westward track during the next few days until dissipation. This scenario is consistent with most of the track model guidance. 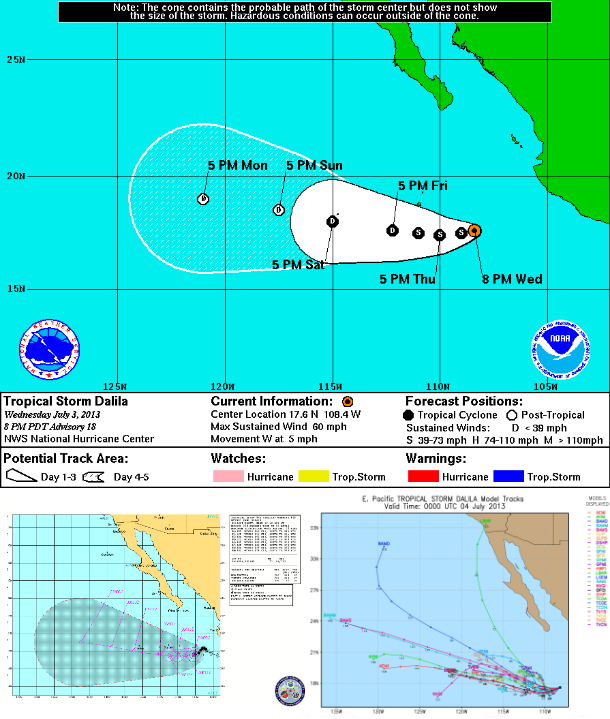 Another area of low pressure is getting better organized south of the southern coast of Mexico. Conditions are favorable for development of this feature. NOAA/NHC forecast 70% chances of developing into a tropical system within the next day or so. It is expected to move west or west-northwest. 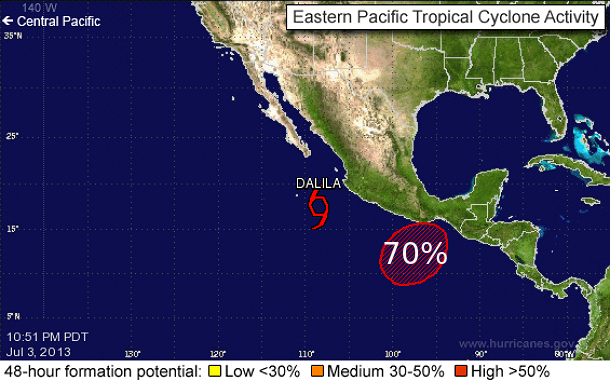