Smoke lofted above the part of the atmosphere closest to the ground (the boundary layer), where topography has a significant impact on winds, is spreading farther than smoke that remains trapped near the surface.  Intense fires in Canada produced towering pyrocumulus clouds that injected smoke high into the atmosphere. Upper-level winds then dispersed it across the Atlantic Ocean. 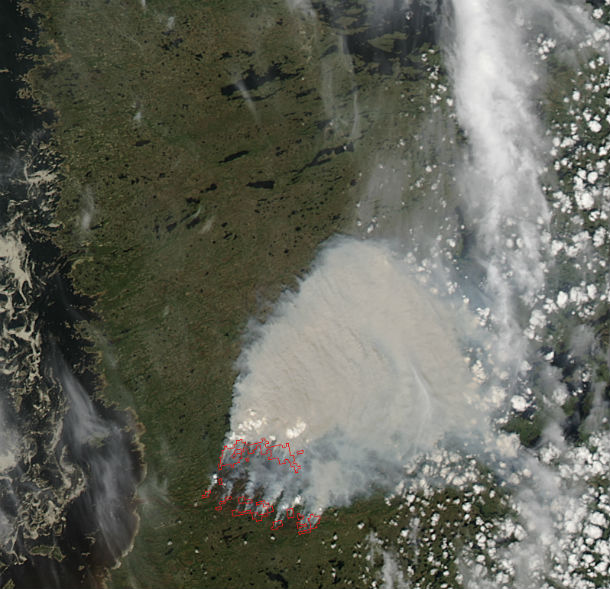 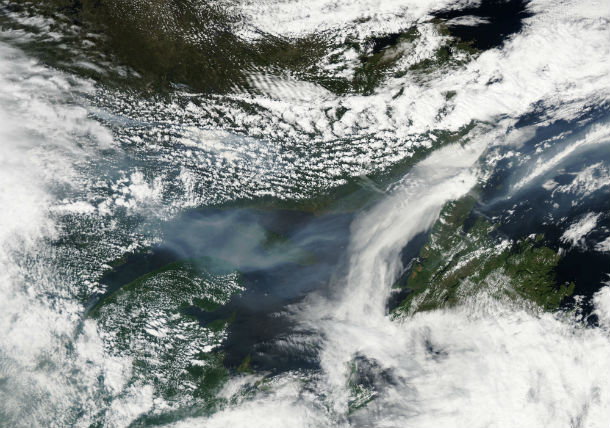 On June 23, 2013, OMPS detected a plume dense with smoky aerosols over the North Atlantic Ocean, east of Newfoundland. The plume blew east on the June 24, 2013 and reached France by June 25, 2013. Meteorological Service of Canada reported that much of the smoke came from fires in Quebec. Wildfires in Colorado, US also sent smoke plumes over Atlantic, above the boundary layer.

Combined Aqua MODIS RGB image and superimposed OMPS AI show smoke reaching France on June 25, 2013. While some of the smoke may have come from Colorado, trajectory analyses indicate that much of the smoke actually came from fires burning in Quebec, east of James Bay. (Credit: Ozone Mapping and Profiler Suite/OMPS)

The MODIS instruments on NASA’s Aqua and Terra satellites acquired imagery of the smoke moving across the Atlantic on June 24, and June 25. By June 26, the smoke had reached western Europe. By June 27, it was over the Mediterranean Sea. (Credit: LANCE/EOSDIS Rapid Response.) 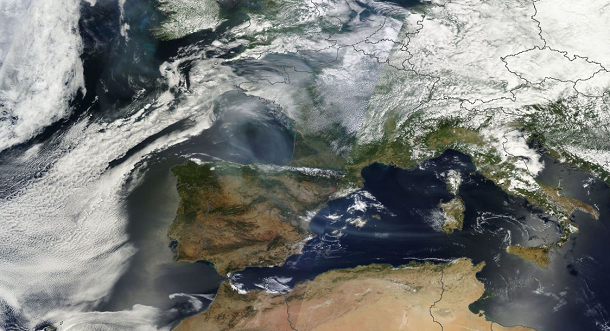 Currently, the smoke from fires burning all over Canada moves from the northwest to the southeast.