A 6.1 magnitude earthquake struck border region of Solomon Islands and Papua New Guinea, on July 4, 2013 at 17:16 UTC. USGS measured depth at 72 km, EMSC at 60 km. This depth should have a weakening effect on the shaking.

Based on theoretical scenarios USGS expects that no-one would experience a strong shaking, only 27000 people a MMI V (moderate shaking) and 172000 people a light MMI IV shaking. 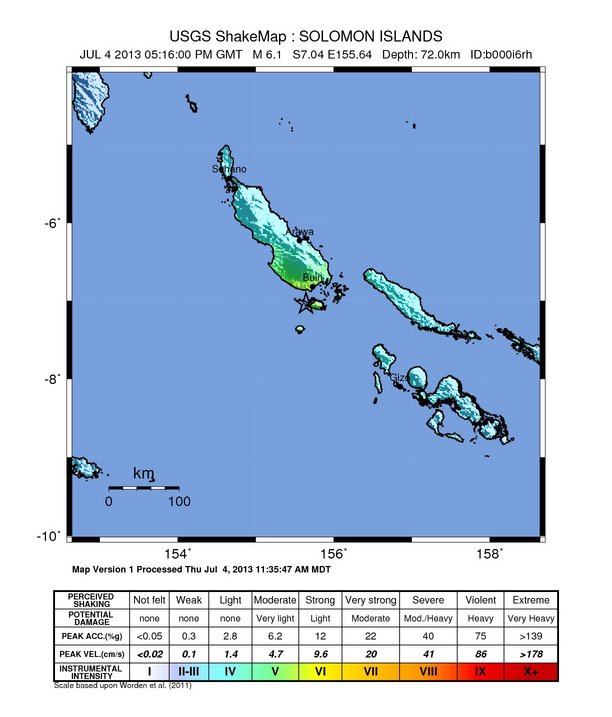 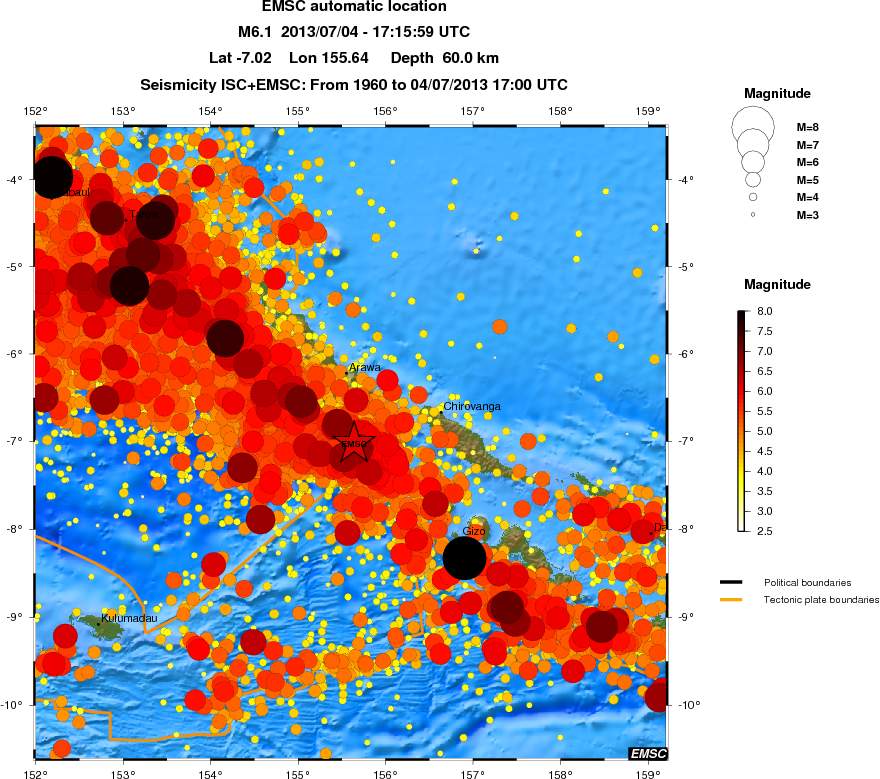 Large earthquakes in eastern Indonesia occur frequently but interplate megathrust events related to subduction are rare; this is likely due to the disconnection of the descending oceanic slab from the continental margin. There have been 9 M7.5+ earthquakes recorded from the Kai Islands to Sumba since 1900. The largest was the great Banda Sea earthquake of 1938 (M8.5) an intermediate depth thrust faulting event that did not cause significant loss of life. More information on regional seismicity and tectonics