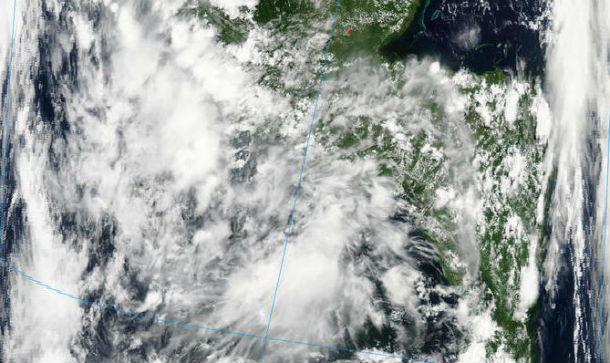 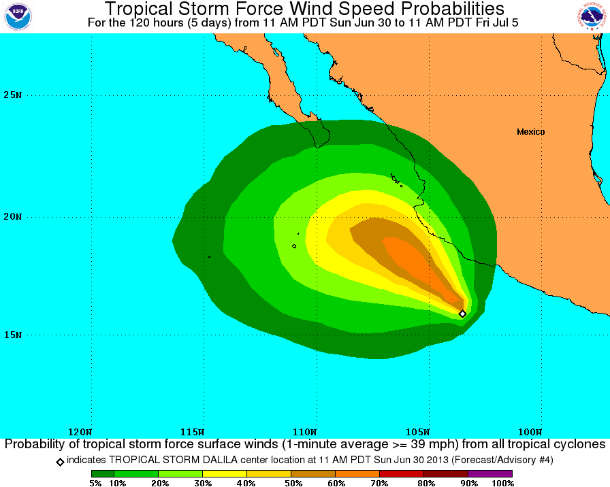 Dalila is moving north-northwestward and a gradual turn toward the northwest is expected during the next 24 hours, followed by a turn toward the west-northwest at a slower forward speed. The center is expected to pass close to the southwestern coast of Mexico, from Punta San Telmo to la Fortuna on July 1, 2013.

NHC's Discussion report indicates that although situated in an environment that seems conducive to intensification, Dalila has not strengthened over the past several hours. The cloud pattern has become less organized since early June 30, 2013. The cyclone is of marginal tropical storm strength so the current wind speed estimate is held at 35 kt. Since conditions should favor strengthening over the next couple of days, the official forecast continues to show winds approaching hurricane force in about 48 hours. The official wind speed forecast is a blend of the statistical-dynamical and regional hurricane model guidance. 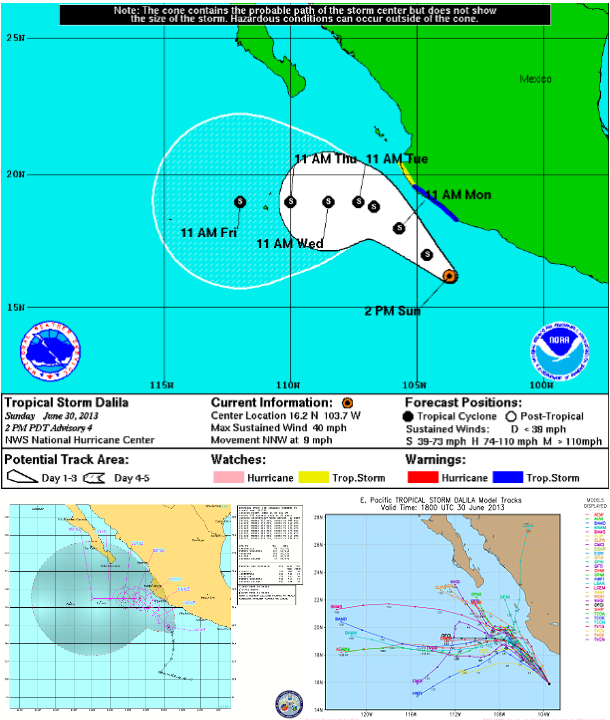 The center has been very difficult to locate on geostationary imagery, even with high-resolution visible images. A mid-tropospheric ridge associated with a high pressure center over the southwestern U.S. should cause the tropical cyclone to turn northwestward ot west-northwestward, and eventually westward during the forecast period. 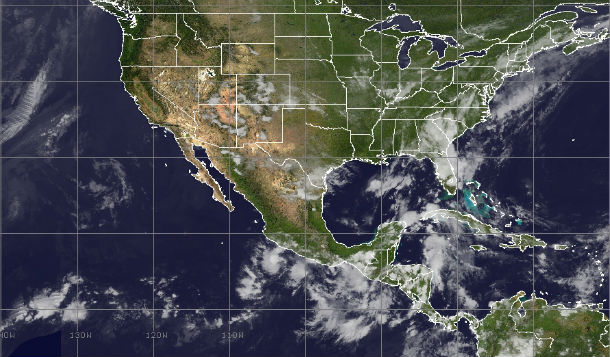 A Tropical Storm Warning is in effect for the southwest coast of Mexico, meaning that tropical storm conditions are expected somewhere within the warning area within 36 hours.

A Tropical storm watch is in effect for the southwest coast of Mexico from north of la Fortuna to Cabo Corrientes, which means that tropical storm conditions are possible within the watch area, generally within 48 hours.

Dalila is expected to produce total rain accumulations of 1 to 3 inches over coastal portions of the Mexican states of Michoacan, Colima and Jalisco. The likely impacts will be enhanced showers and thunderstorms, along with rough surf and the possibility of tropical storm force gusts.