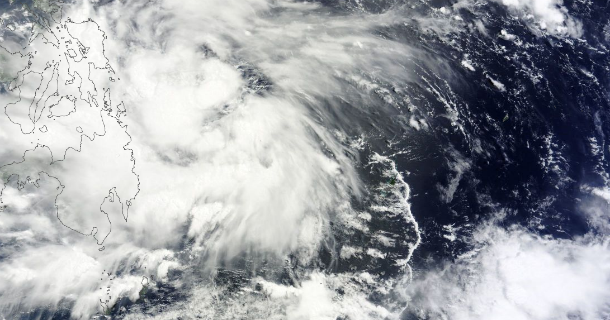 Tropical depression that formed east of Philippines on June 27, 2013 became Tropical Storm 06W and was named Rumbia. The Philippine Atmospheric, Geophysical and Astronomical Services Administration (PAGASA) has given the tropical depression the name Gorio. The system is expected to continue to the northwest over the open waters of the South China Sea after making landfall on Philippines. This tropical system will continue on a northwest track until reaching southeastern China on July 1/2, 2013. 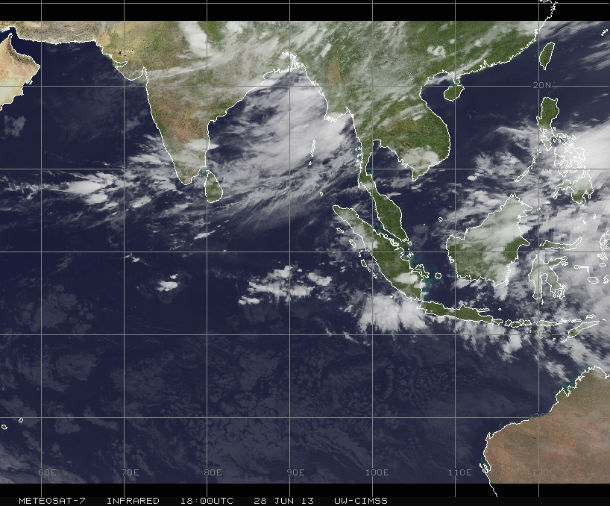 According to latest report by Joint Typhoon Warning Center (JTWC), the center of Tropical Storm Rumbia (TS 06W) was located approximately 369 nm east- southeastward of Manila, Philippines. The system is moving northwestward at speed of 14 knots. PAGASA reported that the system was located 100 km East of Borongan City. 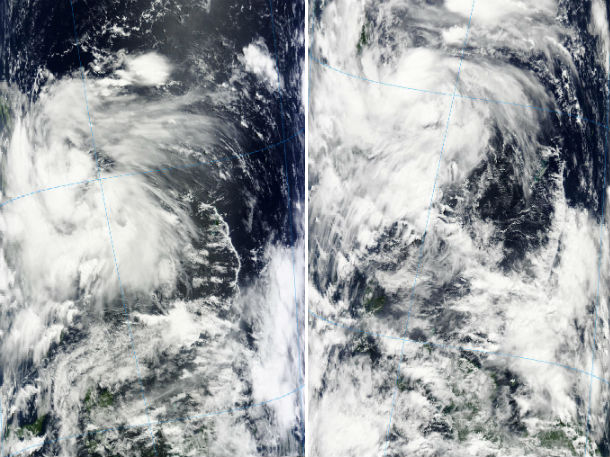 Animated infrared satellite imagery shows improving centralized deep convection over a steadily improving low level circulation center. The storm's center has been tracking towards the central Philippine Islands along the southern periphery of a deep layered subtropical ridge. Sea surface temperatures are very favorable (29 to 30 degrees Celsius). Upper level analysis indicates a decaying TUTT cell located along the northern periphery of the system is hampering more aggressive poleward outflow. A majority of the upper level flow is associated with 10 to 15 knots of deep easterlies, creating a low (05 to 10 knots) of vertical wind shear as the track speed for the system is on the order of 10 to 14 knots for the past 12 hours. 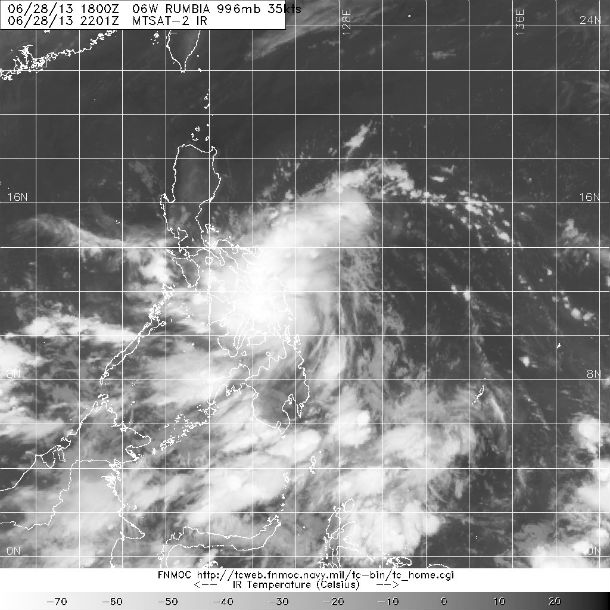 The greatest threat that Rumbia will bring is heavy rain that can cause flooding and landslides across Philippines. The landfall is expected somewhere around eastern Samar, Philippines on June 29, 2013. PAGASA issued Alert Signal No.2 for Luzon and Visayas. Residents in low lying and mountainous areas under Signal  No.2 and No.1 are alerted against possible flash floods and landslides. Likewise, those living in coastal areas are alerted against big waves or storm surges generated by this tropical cyclone. Estimated rainfall amount is from 5 – 15 mm per hour (moderate to heavy) within the 300 km diameter of the tropical storm.

A marginal upper level environment will hinder rapid development, but the system is expected to reach strong tropical storm strength prior to landfall. After impacting Philippines, the track of the storm will put areas from Macau and Hong Kong northward to near Xiamen, China in the threat for heaviest rainfall.