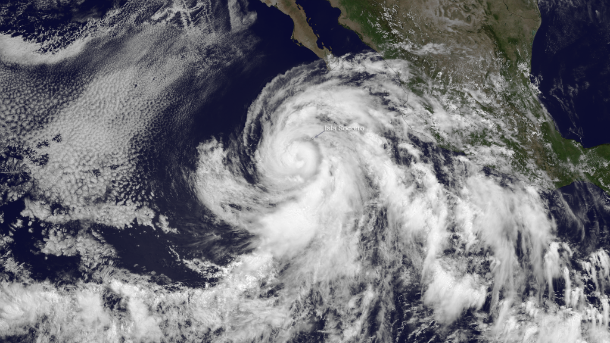 Cosme is the second hurricane of the 2013 Eastern Pacific season. During late May, Barbara became a hurricane just prior to making landfall near Puerto Arista, Mexico in the Gulf of Tehuantepec. On June 26, 2013, Hurricane Cosme was battering Clarion Island, Mexico. However, it weakened shortly after and it is now categorized as tropical storm again. The National Hurricane Center expects that Cosme will continue weakening through the day and drop to tropical depression status sometime on June 27, 2013. 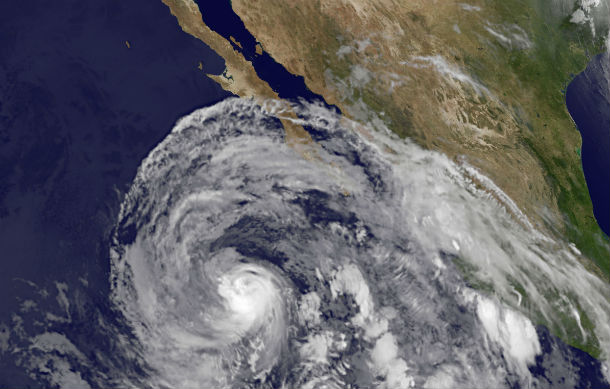 According to latest public advisory issued by US National Hurricane Center (NHC) at 15:00 UTC on June 26, 2013, the center of Cosme was located near latitude 19.1 north and longitude 115.6 west, about 450 miles (725 km) SW of Cabo San Lucas Mexico. Maximum sustained winds are 70 mph (110 km/h). Cosme is moving toward the west-northwest near 14 mph (22 km/h) and this motion is expected to continue for the next two days.

Satellite imagery shows that Cosme has become better organized with a well-defined convective band pattern and occasional appearances of an eye. Along with an AMSU overpass that shows an almost-closed eyewall and an intensity estimate of 67 knots, Cosme is upgraded to hurricane status. There is a small window for further intensification before Cosme encounters decreasing sea surface temperatures which should bring her intensity back to tropical storm strength in 24-36 hours. 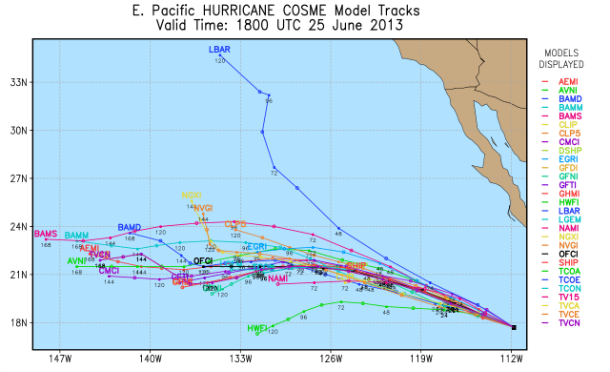 The cyclone should continue toward the west-northwest at a slightly slower rate of speed during the next two days. The largest danger to Mexico’s Pacific coast will be large swells from Acapulco to Los Mochis and the southern Baja California Peninsula. 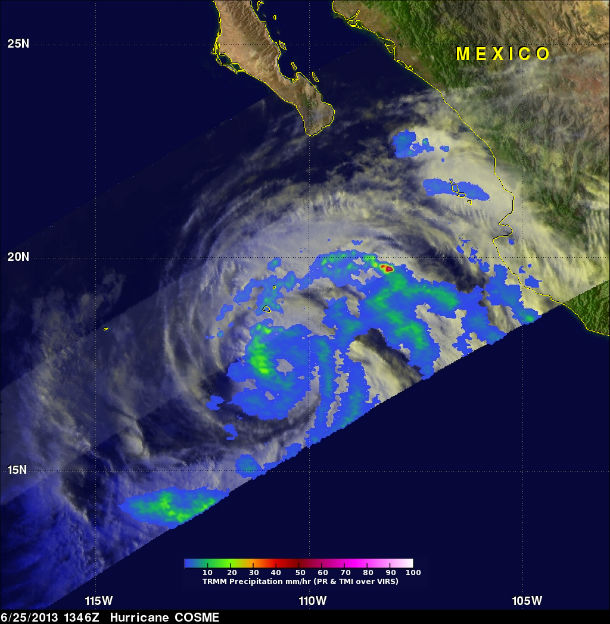 The TRMM satellite flew over Cosme at 1346 UTC on June 25, 2013 shortly before tropical storm Cosme was upgraded to a hurricane. A rainfall analysis from TRMM's Microwave Imager (TMI) and Precipitation Radar (PR) instruments shows the location of Cosme's forming eye. (Credit: NASA/TRMM)