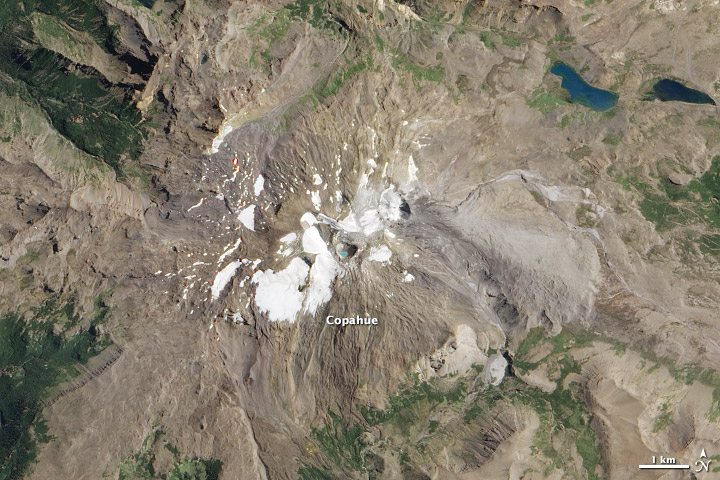 Chilean National Service of Geology and Mining – SERNAGEOMIN and its Volcano Observatory Southern Andes (OVDAS) raised the alert level of Copahue volcano from Yellow to Orange. The latest activity is compared to that of December 2012.

In a report released on May 23, 2013, they state that there has been an increase in seismic activity at all stations monitoring Copahue volcano since May 15th. Emissions of gas and ash have also been observed. The largest earthquake occurred on May 18, with a local magnitude (ML) 2.9, located approximately 6 km to the east of the main crater.

Observed events indicate a possibility of new magmatic intrusion on its way. This scenario is confirmed by the start of small ash emissions and glow at the crater which is visible at night.

Copahue volcano had already experienced a first increase of activity in December, and a second one in January. No eruption followed and alert was lowered to Green in April before returning to Yellow again soon after (VD). 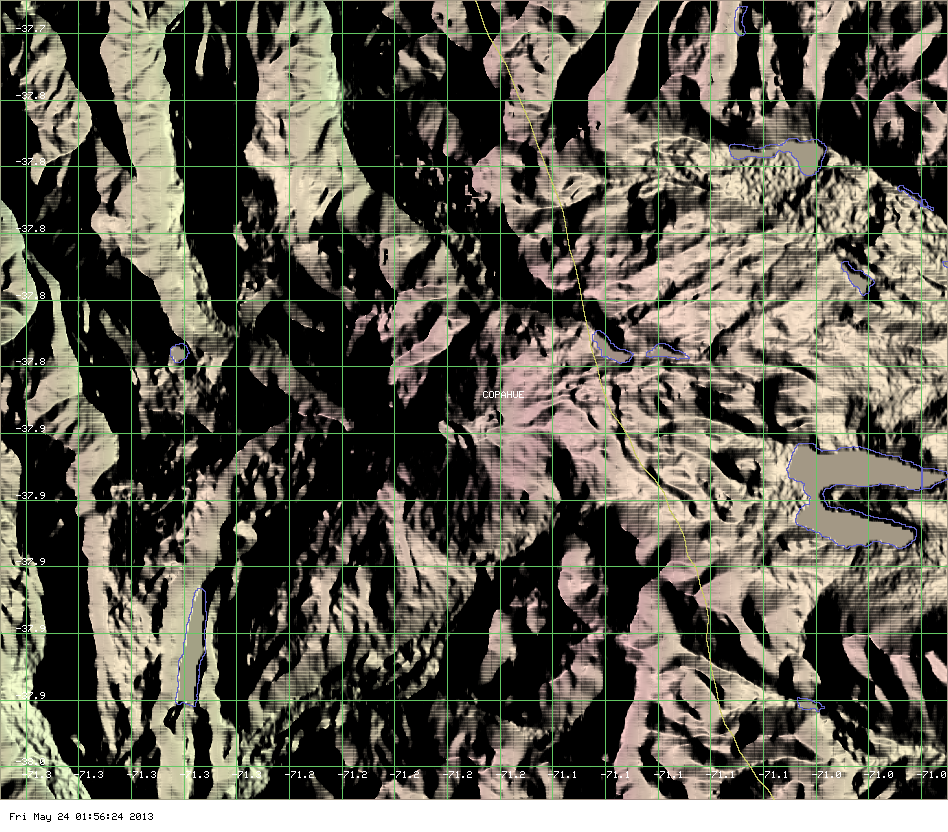 Acidic hot springs occur below the eastern outlet of the crater lake, contributing to the acidity of the Río Agrio, and another geothermal zone is located within Caviahue caldera about 7 km NE of the summit. Infrequent mild-to-moderate explosive eruptions have been recorded at Copahue since the 18th century. Twentieth-century eruptions from the crater lake have ejected pyroclastic rocks and chilled liquid sulfur fragments (GVP).