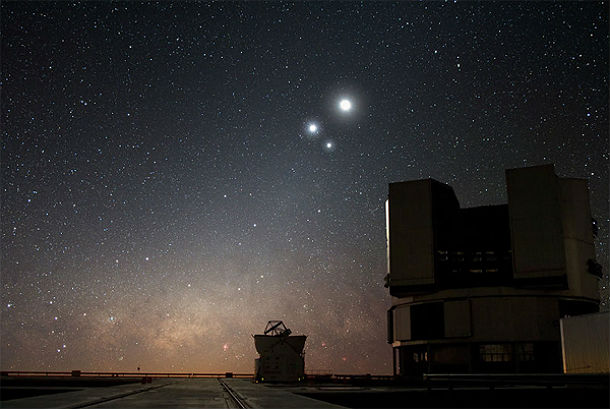 The three brightest planets in this month's night sky are lining up for a remarkable sunset conjunction at the end of May.

On May 26, 2013, in a triple conjunction, Venus, Jupiter and Mercury will form a tight triangle only three degrees wide.

Triple conjunctions of planets are fairly rare. The last time it occurred was on May 9th, 2011, and it won’t happen again until October 2015.

This years conjunction is exceptional because it involves three brightest planets in the night sky, and will be visible even in urban areas with heavy light pollution.

The best time to look is about 30 to 60 minutes after sunset. The three planets will be hogging the horizon so a clear view of the western sky is essential. Let Venus be your guide, as it pops out of the twilight long before the others.

When you locate Venus, look in that direction using binoculars, eventually the triangle will become visible to the naked eye.

Three bright planets will highlight the northwestern sky this week and early next. Mercury is shown in pink and Jupiter in yellow. Time is 30 minutes after sunset facing northwest. (Credit: Stellarium/Universe Today) 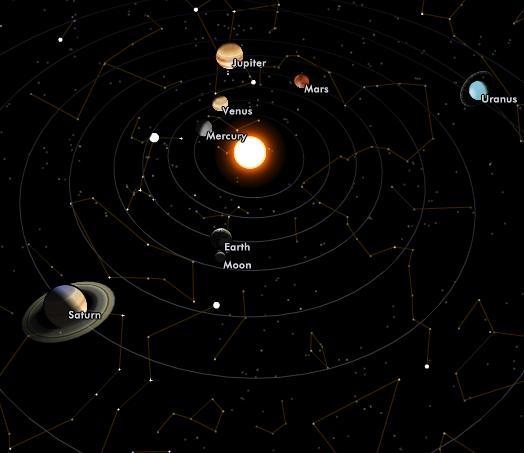 The show has already started:

On May 23rd, Jupiter and Venus converge to less than 5 degrees apart, near enough for simultaneous binocular viewing;

On May 24th, Mercury passes Venus less than 2 degrees away, shaping the triangle that reaches maximum compactness two nights later on May 26th.

The triangle will begin to scatter on May 27th, but even then the show will not be over. On May 28th, Venus passes Jupiter at a distance of 1 degree, forming a magnificent pair.

From start to end, the three naked-eye planets will be close enough to fit inside the field of typical binoculars from May 23rd until early June. May 26th is just the best among many promising nights..