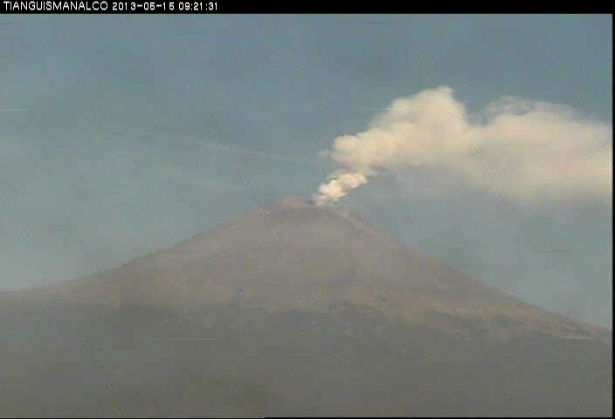 Popocatepetl volcano in Mexico has plumed steam for days, alerting authorities to prepare for possible evacuations. According to CENAPRED (Centro Nacional de Prevención de Desastres) at 6:46 UTC on May 15, 2013 there was an explosion that produced incandescent fragments throwing them around the volcano reaching distances up to 1.5 kilometers from the crater, while also generating a plume of ash more than 3 kilometers high which winds scattered northeast. An episode of spasmodic tremor followed, accompanied by incandescent fragments thrown at distances up to 500m on the northeast slope, and ash emission which winds carry northeast. Webcam screenshots of activity on May 15, 2013 (Credit: Tlamacas/CENAPRED)

During an aerial survey flight by CENAPRED on the morning of May 14, 2013 it was seen that the lava dome has enlarged significantly and is now 350 m in diameter and 50 m thick. But after an explosive event on May 14, 2013 at 2:56 pm UTC it could be observed that the dome had somewhat deflated, although it did not decrease significantly. This situation is possibly the beginning of the dome´s destruction. 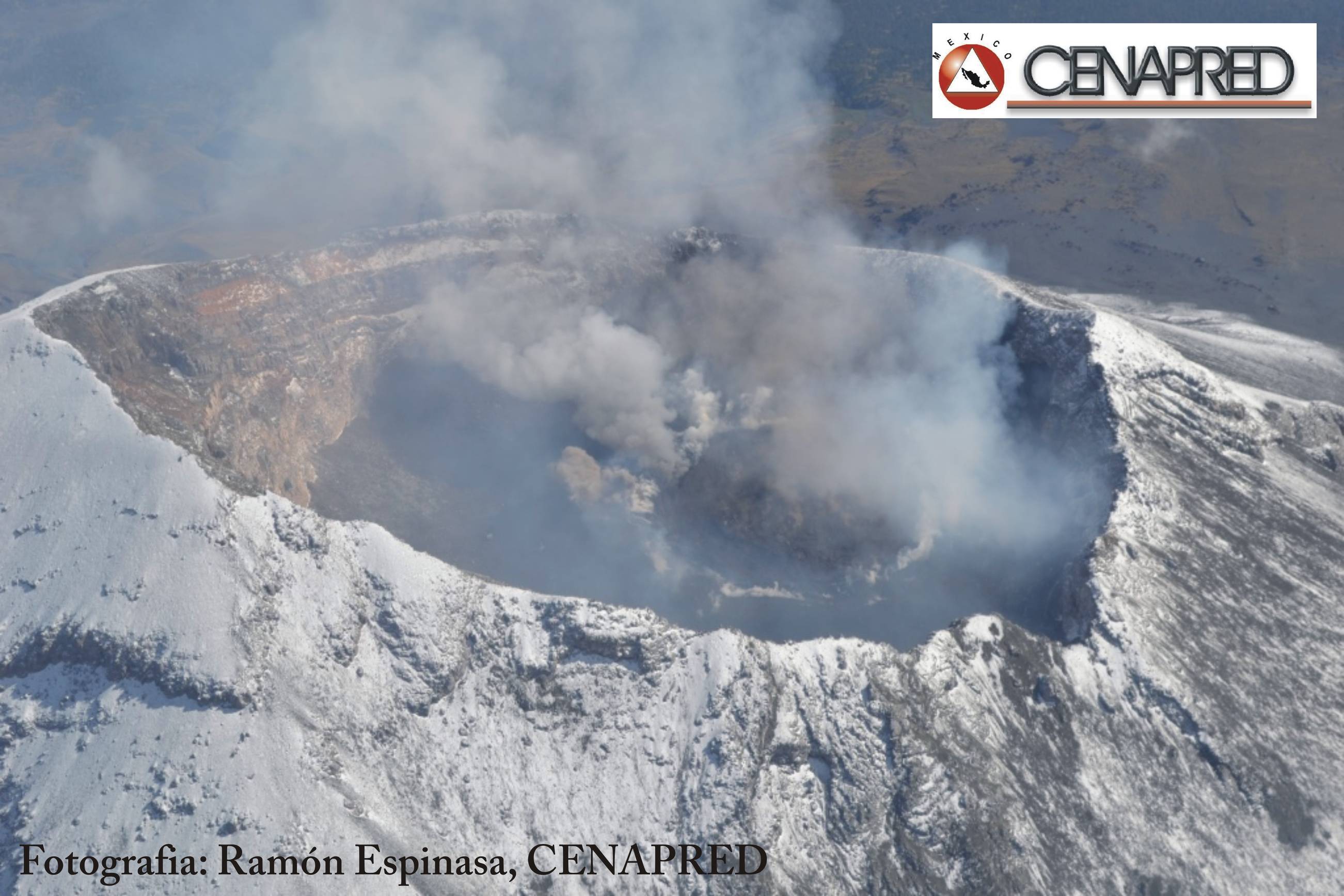 CENAPRED raised the Volcanic Alert Level to Yellow Phase 3, the fifth of a seven-stage warning system, which means restricting access to an area of 12 kilometers around the volcano and preparing evacuation routes.

In past years this activity has been associated with magmatic material advancement and growth of lava domes, so there is the probability of the following scenarios: intermediate to high scale explosive activity, dome growth and possible lava emission; explosions of growing intensity, occurrence of pyroclastic flows, and notorious ash fall on the closer villages and in lesser amounts in the more remote places, depending on the wind direction. 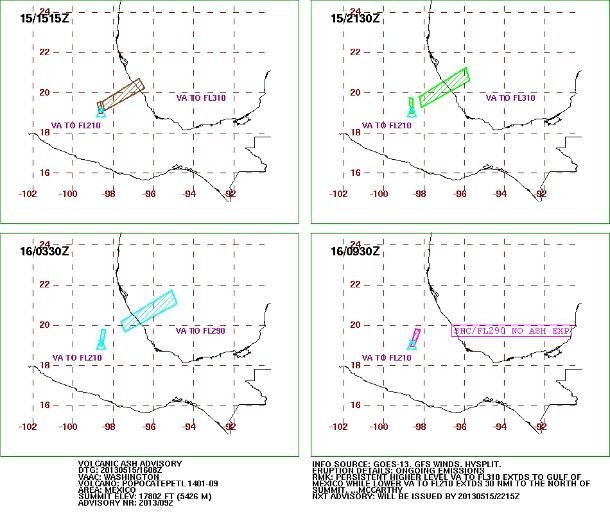 Authorities dispatched hundreds of soldiers to Santiago Xalitzintla and two other towns, because of the possibility that the volcano might erupt, and force the evacuation of 11,000 residents in this area. Two shelters that can house 5,000 people in case of an emergency were set up in the state of Puebla. About 4.5 million people live within 50 kilometers of the volcano. Webcam screenshot of activity on May 15, 2013 (Credit: Tianguismanalco/CENAPRED)

In May 2012 the volcano spewed out ash, forcing the Puebla airport to be closed temporarily, but only few local residents agreed to evacuate the area. Popocatepetl, meaning "smoking mountain" in the Nahuatl language of the Aztecs, is located 55 kilometers SE of Mexico City. Residents of Santiago Xalitzintla seem to be calm in spite of the activity inside the 5,452-meter high volcano, which is locally known as "Gregorio" or "Don Goyo" and is belived to be a magical rainmaker by native people. Anually, on March 12, dozens of locals climb the volcano in a ceremony, leaving flowers, food and drinks as offerings asking "Gregorio" to produce rain..People are reluctant to leave their homes because experience tells them that nothing even happened before, except their belongings were stolen last time they obey an evacuation order.