A new study released in the Journal of Volcanology and Geothermal Research suggests that Rangitoto, a monogenetic shield volcano near Auckland, New Zealand, and other volcanoes in the Auckland Field might have been more active during the last few thousand years than what was previously thought.

This is possibly bad news for Auckland, because the volcanic risk models for that area  have been focused on short eruptions (weeks to years), but if the suggested results from this new study are confirmed, than an eruptive center in the Auckland Field could be active for hundreds if not thousand years (periodically, of course).

The largest city of New Zealand, Auckland is built on top of an active volcanic field which makes the city one of the most volcanically interesting locations in the world. This area has at least 50 scoria cones, maars and shield volcanoes across the landscape of the city all the way to Hauraki Gulf. 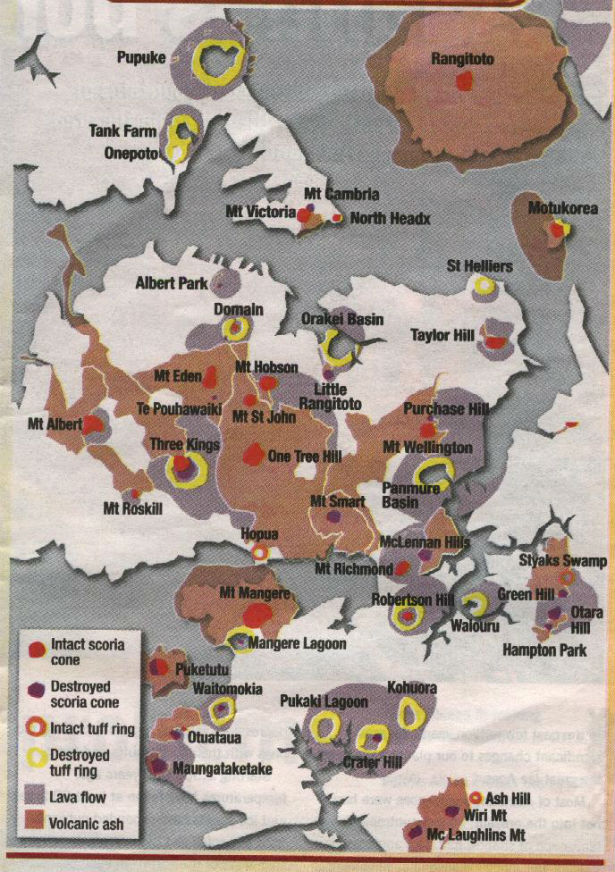 There are 49 volcanoes in the Auckland Volcanic Field. Some have suffered from zealous and severe quarrying. However, the map gives a fair idea of what still remains to be seen. The largest are Rangitoto, Mt Wellington, Mt Mangere, One Tree Hill, Mt Eden and Three Kings. Other volcanoes are in the form of calderas such as Lake Pupuke, the Orakei Basin and Panmure Basin. (Credit: Lisa Agnew)

For a major city, like Auckland, that is built on a volcanic field, surprisingly we know very little about the full history of volcanic activity in this area that reaches back 250,000 years.

Rangitoto (Maori for ‘Bloody Sky’) island is an iconic and widely visible landmark of Auckland with its distinctive symmetrical shield volcano cone rising 260 meters (850 ft) high over the Hauraki Gulf. The island was formed during a period of intense volcanic activity around 1350 A.D The eruptions happened in two episodes, 10–50 yrs apart, and are thought to have lasted for several years during the later shield-forming episode.

It was considered that these eruptions were the only eruptions in the Auckland Field within the last 10,000 years. The Auckland Field is still being monitored by GNS Science, using an array of seismometers closely watching for any changes in its dormant state. 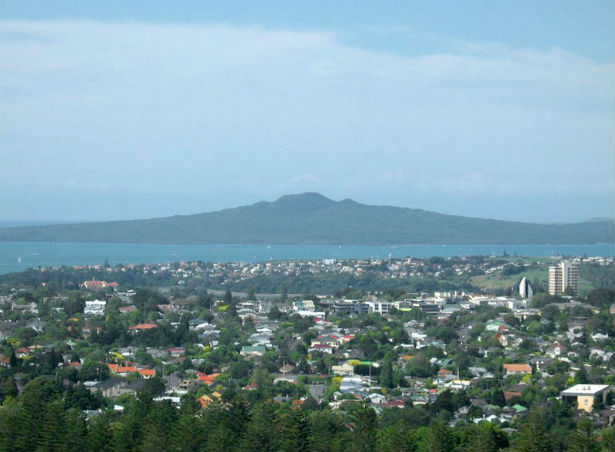 However, this new study by Phil Shane and others from the University of Auckland and University of Plymouth (UK) could rewrite the known history of the volcanic activity in the Auckland Field.

This team of experts have dated tephra (volcanic material from explosive eruptions — ash and other fragments) from lake sediments hoping to find evidence of smaller volcanic eruptions from the Auckland Field.

Since the Auckland area has been heavily developed, the evidence of many eruptions, particularly the small explosive eruptions, have been wiped out by human activity along with normal weathering.

Luckily these fine ash layers are preserved in undisturbed lake sediment, so by sampling the fine layers of ash in cores taken from the bottom of these lakes, you can study the evidence of eruptions that is lost elsewhere. By carbon-dating layers of lake sediment and identifying ash from well-dated eruptions (like the ~230 A.D. eruption of Taupo or the ~5.5 ka eruption from Whakatane on the Okataina caldera), the ages of Rangitoto tephra layers could be figured out. 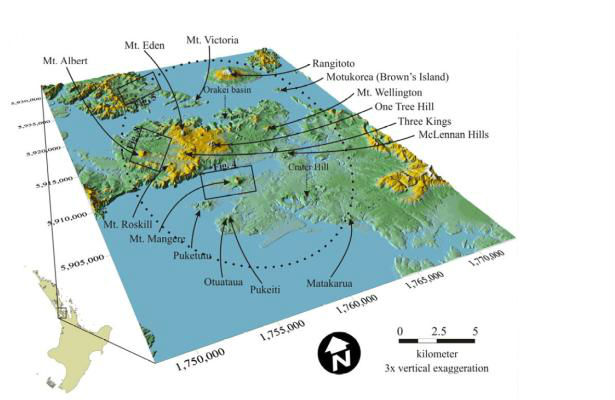 The result that Shane and this team of experts found was that Rangitoto produced numerous small eruptions for ~1000 years before the voluminous eruption at ~1350 A.D. However it wasn’t as simple as to be sure that the tephra layers were from Rangitoto, because the lake from which they took samples of the sediment was a volcanic feature itself (a maar), formed 207,000 years ago. Also it could be possible that ash from Lake Pupuke could be the source of the fine layers of basaltic ash in the sediment.

Shane and the team behind this study could confirm that the ash was sourced from Rangitoto, not Lake Pupuke, by compositionally fingerprinting the ash. Furthermore they examined peat cores from nearby locations to help with identifying the extent of some of these ash layers. 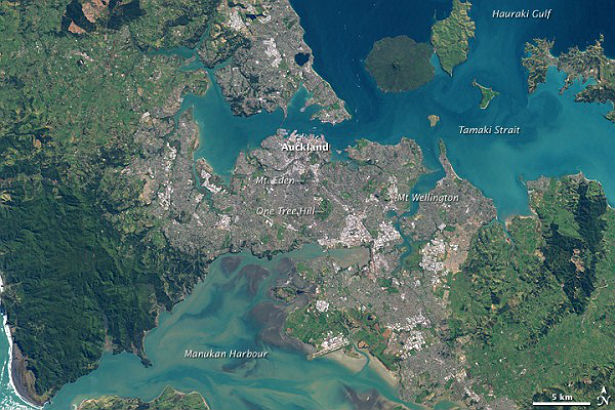 So how do these new findings affect Auckland? It was previously thought that Rangitoto was a monogenetic shield volcano, like Mauna Ulu on Kilauea. What this means is that after an eruption begins from a specific vent, it might erupt from months to a few years, but then go quiet. The next eruption would probably not be sourced from the same vent as before, but likely somewhere else in the Auckland Field. Shane and others finding instead propose that Rangitoto puffed away for a thousand years before the final large eruption that formed much of the island on which it is located.

This changes the situation for the city of Auckland, because if a new eruption could produce small explosive eruptions and lava flows for hundreds of years, how the city deals with such activity is very different than an eruption that lasts only a few months.

However, this is not catastrophic news for Auckland, when you take into consideration all the people living around Etna on Sicily, a place which has seen persistent volcanic activity like what might be expected from the Auckland Field for thousands of years.

A theoretical 500 year eruption sequence in the Auckland field would no doubt have a dramatic effect on the city, but depending on the location of the vent, it is by no means the end for the city.