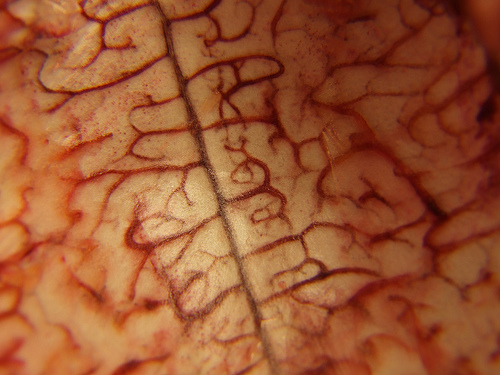 Researchers at Duke University linked brains of rats across continents via internet in a demonstration of what they call the world’s first  ‘organic computer‘. Surprisingly, rats were able to share sensory information through interfaces developed by researchers and thereby performed simple tasks, trials confirmed with ‘above chance level’ success rates. Neurobiologist Miguel Nicolelis at Duke University Medical Center and his team were inspired by the notion of sensory exchange between brains electronically.

Researchers experimented on sets of rats, they named encoders and decoders. They were going to transmit brain impulses of encoder rats to the decoders and find out if they were able to decode the signals they received. For this purpose, they implanted micro-electrodes in the motor cortex region of these rodents, the brain area responsible for movement and somatosensory cortex, responsible for tactile activities (related to sense of touch). Then they connected the encoders to decoders residing in separate compartments.

First, researchers conducted movement based test. In this test, encoder rats were presented two levers with lights above them. On getting the light signal, rats had to press the lever beneath it to get a sip of water. When encoders performed the task correctly, their brain activity was transmitted electronically to the decoders, who did not have same set of livers but no light signals. Notably, 70% of the time decoders took right actions based on brain signals from the encoders.

Furthermore, researchers found that the communication between rats was two-way. When encoders failed at the task and did not earn the reward, decoders were found to have learned from that and changed the behavior accordingly. Similarly, when decoder fails, encoder ‘cleans up’ its brain activity to make it easier for decoder to perform the next task. Talk about intelligent life.

Then a touch-based task was given to the rodents, wherein encoders were trained to measure an aperture for its size using their whiskers; similar to what they do while escaping predators, Mr. Nicolelis explains. On encountering a narrow aperture, they would turn to their left and they would turn right on finding a wide aperture. Surprisingly, after receiving input from encoders, decoders  succeeded 65% of the time – even without touching their whiskers.

The team went ahead and repeated the second test, but this time they beamed signal from the encoders at ELS-IINN (Natal, Brazil) to decoders back at Duke University (Durham, USA). And they were able to derive same results despite delay in transmission over internet, proving these interfaces can enable trans-continental communication. Nicolelis believes this will one day pave path to brain nets and organic computing, he adds,

“So overall this work shows that we have created a new way of animal communication and a new way to make these animals to collaborate to solve a task. That one day may even generate an emergent behavior that you didn’t expect to see when these animals were separated and exchanging information. Perhaps, its showing a proof of principle of a new way of computing – an analogue organic based computer that is computing in a non-turing fashion i.e. different from all the computers that we know in our daily lives.”

Scientific paper named “A Brain-to-Brain Interface for Real-Time Sharing of Sensorimotor Information” with detailed findings of study was published in journal Nature.