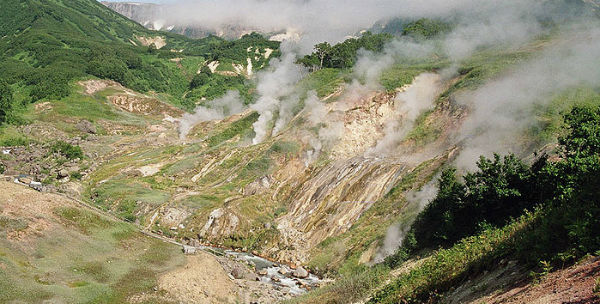 Alexander Belousov and Marina Belousova, researchers at Russia’s Institute of Volcanology and Seismology, lowered a camera into six geysers in the famed Valley of the Geysers on Russia’s volcanic Kamchatka Peninsula. The results provide a new model for understanding how geysers work (The study was published online January 25 in the journal Geology).

The videos, combined with studies of rocks surrounding extinct geysers, revealed that the Kamchatka geysers aren’t fed by long, narrow tubes, as once thought. Bubble traps form between jumbled boulders deposited by landslides.  The videos show boulders and burbling bubbles while the geyser rests, then bursts of steam during fountaining eruptions.

The custom-built geyser video camera and researchers lower a video camera into a geyser in Kamchatka.
(Credit: Alexander Belousov)

The Valley of the Geysers is located near active volcanoes, the source of its hydrothermal heat. The mountainous terrain also triggers frequent landslides which have covered the region’s hydrothermal vents with jumbled rocks of different sizes, and spaces within the rocks form bubble traps. 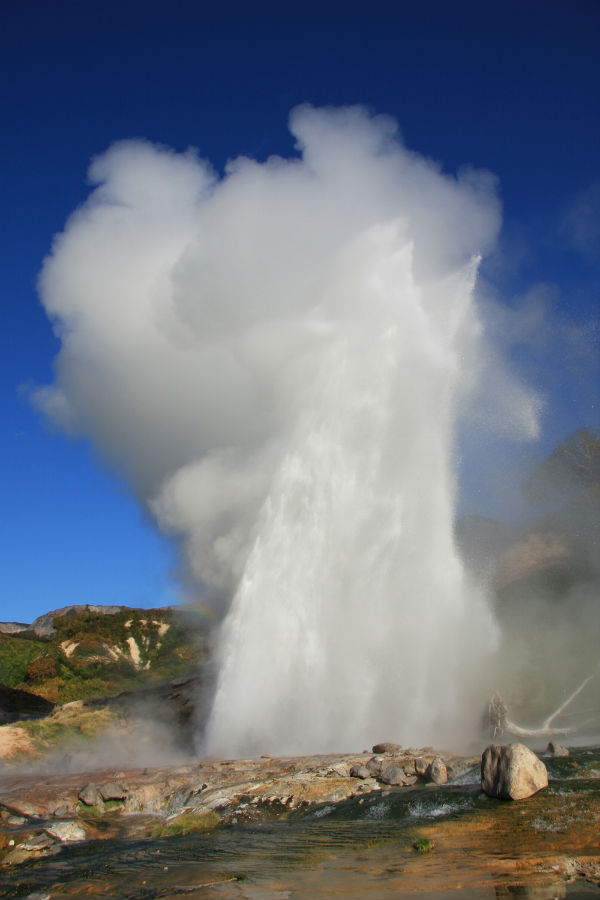 Velikan Geyser, one of the largest geysers in the famed Valley of the Geysers on Russia’s volcanic Kamchatka Peninsula.
(Credit: Alexander Belousov)

This 6 km long basin with approximately ninety geysers and many hot springs is situated on the Kamchatka Peninsula in the Russian Far East, predominantly on the left bank of the ever-deepening Geysernaya River, into which geothermal waters flow from a relatively young stratovolcano, Kikhpinych. Temperatures have been found to be 250 °C, 500 m below the caldera ground. It is part of the Kronotsky Nature Reserve, which, in turn, is incorporated into the World Heritage Site “Volcanoes of Kamchatka”.