A giant steam ring was produced by an explosion this morning at Kliuchevskoi volcano, Kamchatka. The volcano emits a variable but often intense steam plume with some ash. Sporadic small explosions can be seen as well, suggesting that weak strombolian activity continues at the summit crater, Volcano Discovery reports. 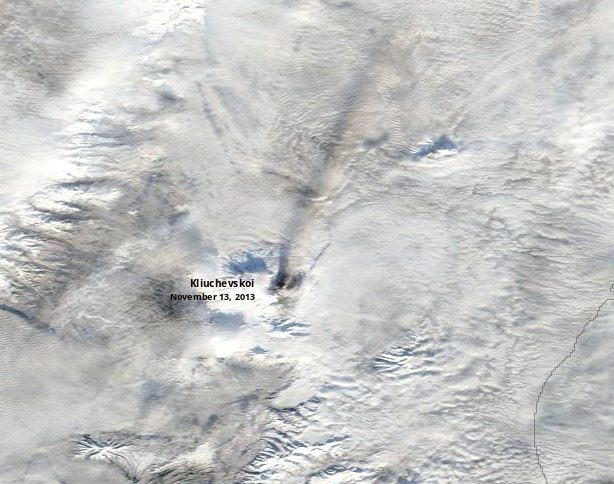 Kliuchevskoi violently erupted on October 19th and sent ash plume up to 9 km into air. Photographer Martin Rietze from Germany captured parts of this eruption in this stunning timelapse footage.

Kliuchevskoi is Kamchatka's highest and most active volcano. Since its origin about 6000 years ago, the beautifully symmetrical, 4835-m-high basaltic stratovolcano has produced frequent moderate-volume explosive and effusive eruptions without major periods of inactivity.

Kliuchevskoi rises above a saddle NE of sharp-peaked Kamen volcano and lies SE of the broad Ushkovsky massif. More than 100 flank eruptions have occurred at Kliuchevskoi during the past roughly 3000 years, with most lateral craters and cones occurring along radial fissures between the unconfined NE-to-SE flanks of the conical volcano between 500 m and 3600 m elevation.