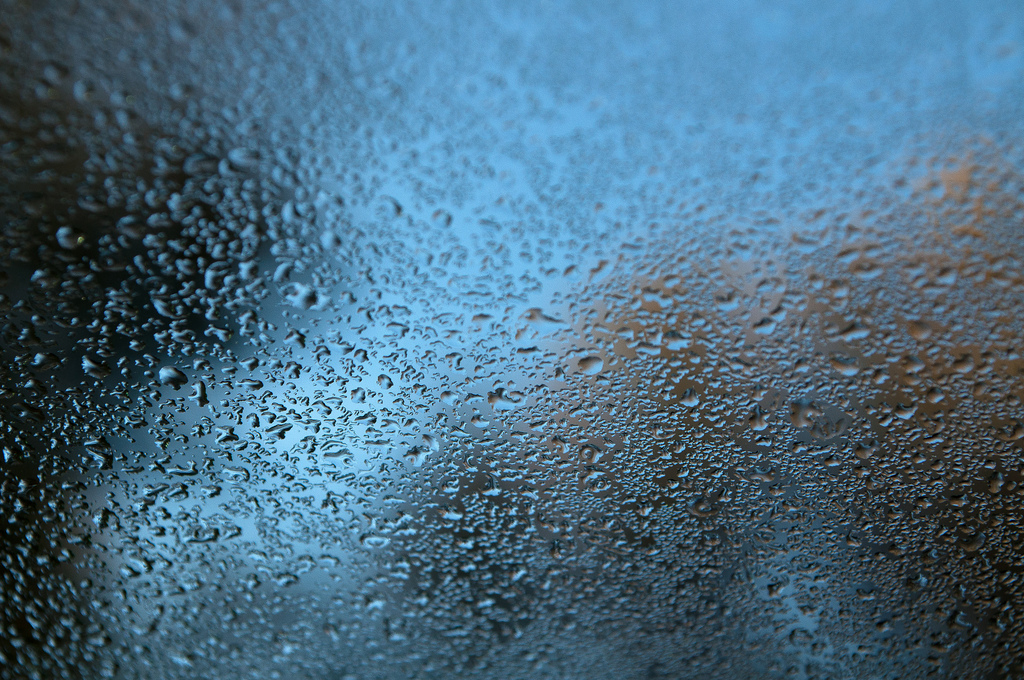 Scientists have discovered that a humble species of bacteria may play a major role in producing planetary climates by "seeding" clouds with ice-producing proteins.

Scientists have known for decades that bacterial species such as Pseudomonas syringae produce proteins on their outer membranes that somehow enable water to freeze at higher-than-usual temperatures. These proteins cause ice to form on plants, damaging the plant's tissues and allowing the bacteria to invade and feed.

But when the bacteria die, ice-forming proteins can enter the atmosphere and actually cause rain to form in the clouds above. Because these bacteria are so prolific, they may have a significant effect on the global climate.

"These bacteria are like the fruit flies of the bacterial world," researcher Tobias Weidner said. "They travel on the wind all over the planet, where they cause agriculture [plant growth] – but they're also found in the ice in remote areas of Antarctica where nothing can grow."

Almost as soon as the special bacterial proteins were discovered, researchers realized that they could have practical uses. In fact, these proteins are often used as additives in commercial snow machines. But until recently, scientists had no idea how they worked.

In the new study, presented at the AVS 60th International Symposium and Exhibition in Long Beach, Calif., researchers from the Max Planck Institute for Polymer Research used a technique known as spectroscopy to examine the interactions of the bacterial proteins with regular water molecules. Spectroscopy takes advantage of the fact that, when bombarded with a laser, each substance responds with a distinct light signature.

The researchers spread fragments of P. syringae bacteria over a film of water just a few molecules thick. While lowering the temperature of this mixture from room temperature to freezing, they bombarded it with laser pulses every 40 femtoseconds to get a detailed picture of how the molecules moved over time (a femtosecond is one millionth of a nanosecond).

The researchers found that, when the temperature approached 0°C, the water molecules in contact with the proteins abruptly shifted their behavior, becoming slower moving and more orderly. The proteins did this by absorbing energy from the surrounding water.

"We were very surprised by these results," Weidner said. "When we first saw the dramatic increase of water order with lower temperatures we believed it was an artifact."

The findings have great implications for helping scientists understand cloud, rain and snow formation, as well as other global climate patterns.

"Understanding at the microscopic level – down to the interaction of specific protein sites with water molecules – the mechanism of protein-induced atmospheric ice formation will help us understand biogenic impacts on atmospheric processes and the climate," Weidner said.

Tina Santl Temkiv, a post-doctoral researcher at the Stellar Astrophysics Centre at Aarhus University in Denmark who has studied the relationship between the bacteria and storm clouds but was not involved in the study, agreed that the findings are important.

"These bacteria are the most efficient ice-creators in the world," she said.

"Despite the potential importance of ice-nucleating proteins for cloud formation, the actual role of ice-nucleating bacteria in the atmosphere remains a mystery," she said. "We need to know more on both the mechanism, in which the proteins cause freezing, as well as about their numbers and activity in the clouds."

Republished with permission from NaturalNews
Written by David Gutierrez