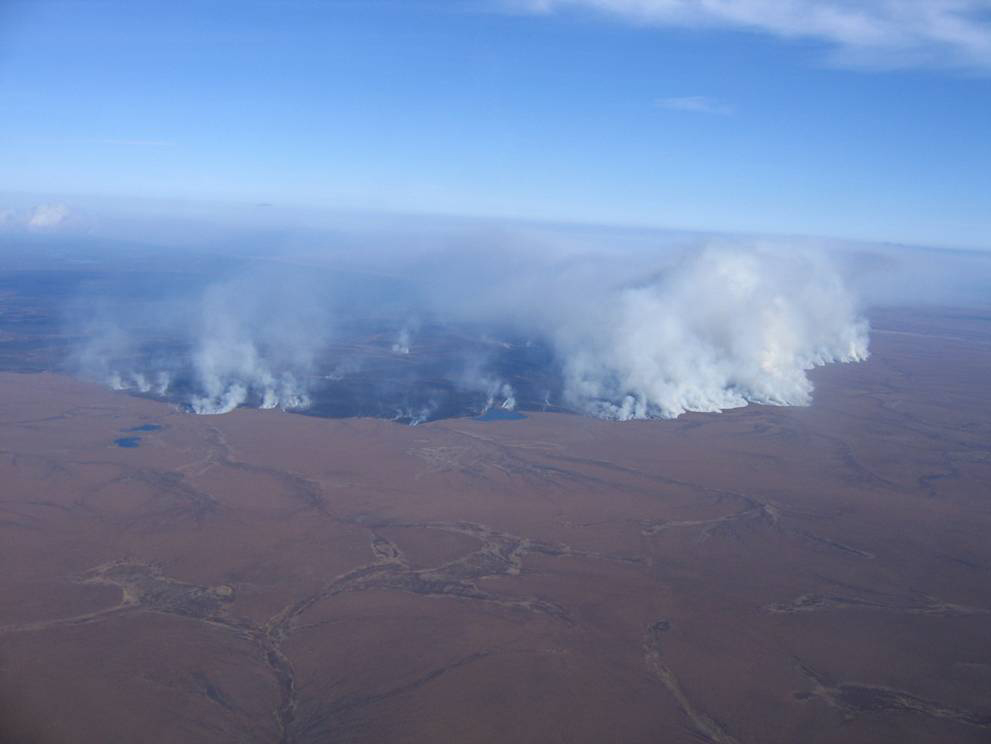 After a 10,000-year absence, wildfires have returned to the Arctic tundra, and a University of Florida study shows that their impact could extend far beyond the areas blackened by flames.

In a study published in the July 28 issue of the journal Nature, UF ecologist Michelle Mack and a team of scientists including fellow UF ecologist Ted Schuur quantified the amount of soil-bound carbon released into the atmosphere in the 2007 Anaktuvuk River fire, which covered more than 400 square miles on the North Slope of Alaska’s Brooks Range. The 2.1 million metric tons of carbon released in the fire — roughly twice the amount of greenhouse gases put out by the city of Miami in a year — is significant enough to suggest that Arctic fires could impact the global climate, said Mack, an associate professor of ecosystem ecology in UF’s department of biology. 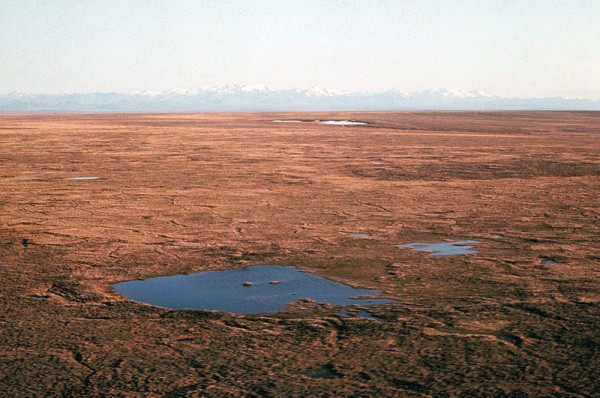 The 2007 fire was the canary in the coal mine. In this wilderness, hundreds of miles away from the nearest city or source of pollution, we’re seeing the effects of a warming atmosphere. It’s a wakeup call that the Arctic carbon cycle could change rapidly, and we need to know what the consequences will be.  Smoke from the fire pumped greenhouse gases into the atmosphere, but that’s just one part of a tundra fire’s potential impact. The fire also consumed up to 30 percent of the insulating layer of organic matter that protects the permafrost beneath the tundra’s shrub- and moss-covered landscape.

In a pine forest, fire would burn up leaf litter on the ground, but not the soil beneath. Because the Arctic tundra has a carbon-rich, peaty soil, however, the ground itself is combustible, and when the fire recedes, some of the soil is gone. In a double whammy, the vulnerable permafrost is not only more exposed, but also covered by blackened ground, which absorbs more of the sun’s heat and could accelerate thawing.

When the permafrost warms, microbes will begin to decompose that organic matter and could release even more carbon that’s been stored in the permafrost for hundreds or thousands of years into the atmosphere. If that huge stock of carbon is released, it could increase atmospheric carbon dioxide drastically.

The study shows how isolated fires can have a widespread impact, said University of Alaska biology professor Terry Chapin. When you think about the massive carbon stocks and massive area of tundra throughout the world, and its increasing vulnerability to fire as climate warms, it suggests that fire may become the dominant factor that governs the future carbon balance of this biome. The paper by Michelle and her colleagues raises this possibility for the first time. It presents a very different perspective on the way in which climate change may affect this biome in the future. 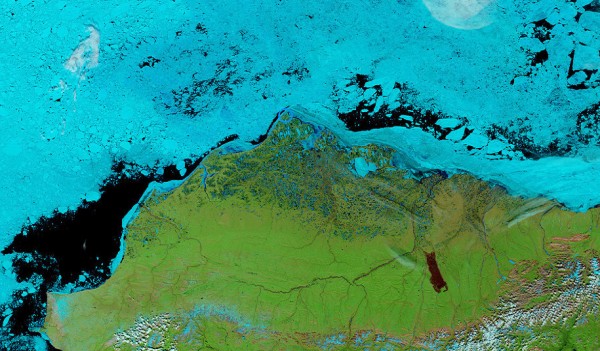 Using radiocarbon dating, co-author Schuur and researchers from the University of Alaska Fairbanks, the Alaska Fire Service and Woods Hole Marine Biological Laboratory, found that carbon up to 50 years old had been burned in the 2007 fire. Mack also developed a new method that can now be used by other tundra researchers to measure soil loss. By comparing the tussocks of sedge plants, which resprout after a fire, Mack was able to quantify soil heights and densities before and after the burn.

“This fire was a big wakeup call, and it can happen again, not just in Alaska but in other parts of the Arctic, like Canada and Russia,” Mack said. “Suppressing a fire in the wilderness is costly, but what if the fire causes the permafrost to melt? We need to have that discussion.”

Mack hopes her findings will open a dialogue about how tundra fires are managed. Because the Anaktuvuk River fire was in a wilderness area, it was not suppressed or contained. With better data on the long-term impact of tundra fire on global climate warming, Mack says, putting out these fires might become more of a priority. (UANews)