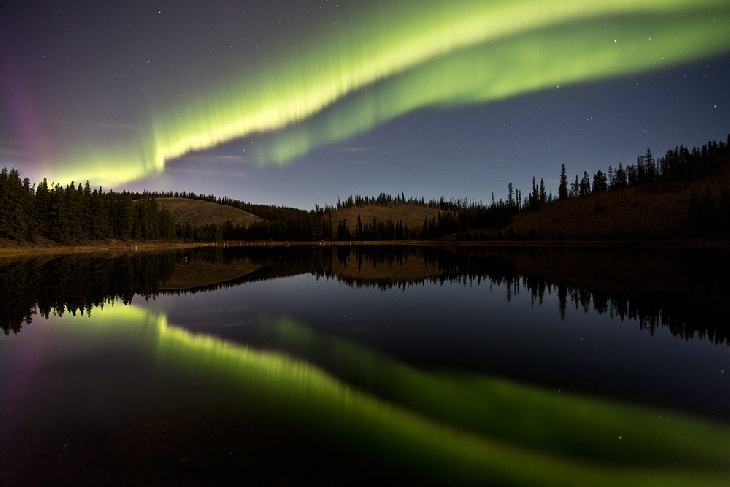 Geomagnetic K-index reached Kp=7 levels on October 1st at 03:00 UTC and NOAA/SWPC issued G3 (Strong) Geomagnetic Storm Level alert which is slightly higher than initially predicted. At G3 level voltage corrections may be required, false alarms could trigger on some protection devices, surface charging may occur on satellite components, drag may increase on low-Earth-orbit satellites, and corrections may be needed for orientation problems, intermittent satellite navigation and low-frequency radio navigation (GPS) problems may occur, HF radio may be intermittent, and aurora has been seen as low as Illinois and Oregon (typically 50° geomagnetic lat.). Observers in Norway are already reporting significant ground currents.

Currently the IMF is directed steadily northward and the geomagnetic activity is decreasing. As the IMF magnitude remains elevated (around 15 nT), further geomagnetic disturbances are not excluded.

Departing sunspot 1583 poses a threat for M-class solar flares,but for now still not Earth-directed. There are no large coronal holes on the Earth side of the sun.