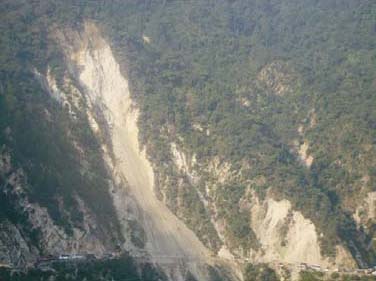 The death toll in cloudburst that triggered a massive landslide and affected nearly five villages of northern India’s Uttarakhand state, rose to 50 and about 20 people are still reported to be missing. The cloudburst preceded by incessant rains led to a massive landslide in the state’s Rudraprayag district caused heavy damage in the hilly region rendering almost 500 people homeless. Search and the rescue operations are in full swing in the cloudburst-hit area, but the official says rains have disrupted the relief and rescue work.

Speaking to Asian News International in the state capital Dehradun, director of the Disaster Management and Mitigation Department (DMMD), Piyush Rautela said the rescue operations are in full swing in the region and also the basic necessities are being provided to the homeless people staying in relief camps. “The incident happened on September 13 and 14 which affected four to five villages around Ukhimath. Again there were incidents of landslides in the morning of September 16. From this incident, so far 50 bodies have been recovered, and 20 people are still reported to be missing. The operation to search the missing people is going on. The personnel from ITBP (Indo Tibetan Border Police Force), NDRF (National Disaster Response Force) and PAC (Provincial Armed Constabulary) are engaged in rescue operations. All our rescue teams are working. Two relief camps are there in Ukhimath for those who have been affected. About 500 people are staying there. All the necessary items like food and other basic facilities are being provided to them,” he said.

The cloudburst that occurred in the wee hours on last Friday, wreaked havoc in several villages of the area and killed most of the victims in their sleep. Heavy monsoons have always resulted in calamities in different parts of India with each passing year. The annual monsoon, vital for South Asia’ s agricultural dependent economy, often wreaks havoc as floods and landslides inundate vast swathes of low-lying lands.

Hill slopes in the Uttarakhand Himalayas are known for their instability due to ongoing tectonic activity. However, increasing anthropogenic intervention in the recent times appears to be contributing to terrain instability in addition to natural factors, as observed by increasing frequency and magnitude of landslides since 1970.

During August and September 2010, Uttarakhand Himalaya witnessed large-scale slope destabilization, particularly along the roads where widening work was in progress leading to huge damage. The cause of regional-scale landslides has been attributed to exceptionally high rainfall in the region during September. When the average rainfall for the month of August and September from 2000 to 2009 is compared with rainfall data of the same period of 2010, it was found that in September 2010, 336 per cent higher rainfall was received by the area. However, the question that arises is: was it unusual rainfall-induced calamity or a result of human intervention? (read more about that here)