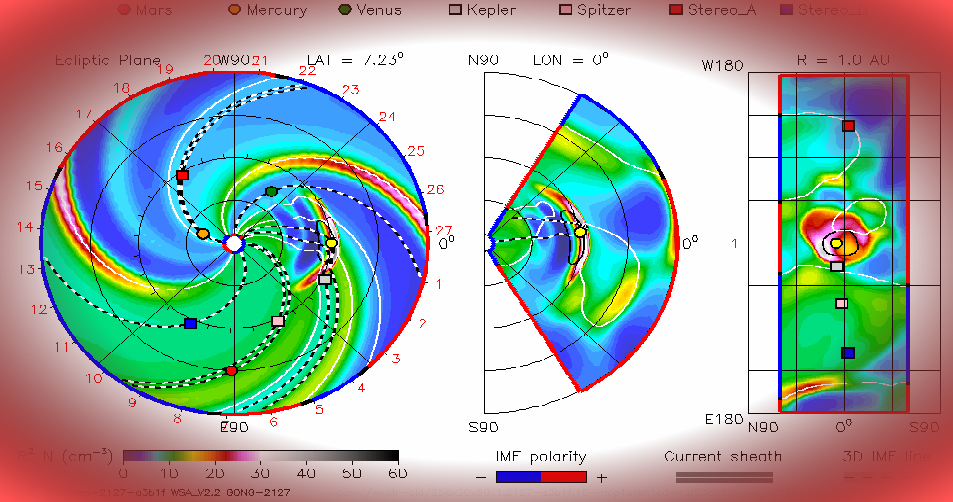 The geomagnetic storm reached G2 (Moderate) levels earlier in the day, but has quieted since that time according to NOAA/SWPC report. At this level high-latitude power systems may experience voltage alarms, long-duration storms may cause transformer damage,  HF radio propagation can fade at higher latitudes, and aurora has been seen as low as New York and Idaho. And in space, corrective actions to orientation may be required by ground control with  possible changes in drag affect orbit predictions. Solar radiation storm levels is at S1 (Minor) event threshold. 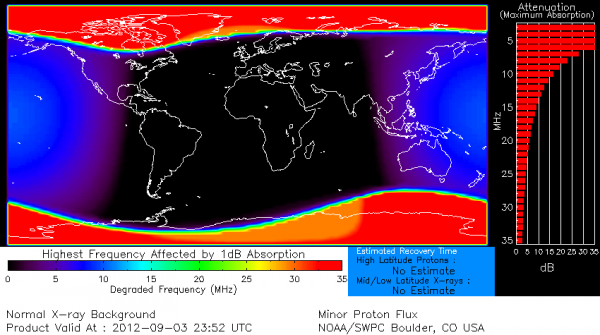 Geomagnetic field activity ranged from unsettled to major storm levels (K=6) with a brief period of severe storm levels detected at high latitudes. An interplanetary shock passed the ACE spacecraft at 11:23 UTC on September 3, indicating the arrival of the Halo CME observed on 31 August. A  sudden geomagnetic impulse  measuring 28nT followed at 12:14 UTC. Field activity increased to major storm levels, following the sudden impulse, than decreased to active levels for the rest of the period, with minor storm periods detected at high latitudes.

The second CME impact is expected on September 5. Minor to Moderate Geomagnetic Storm levels are expected at high latitudes. The solar wind speed jumped from 300 km/s to 450 km/s. The southward component of the interplanetary magnetic field (Bz) reached a value 0f -20 nT for a short period. It now points north 11.5 nT. The greater than 10 MeV proton event at geosynchronous orbit reached a maximum of 60 pfu and was in progress as the period ended.

Regions 1560 and 1564 produced C-class flares. Region 1560 increased in magnetic complexity to a beta-gamma-delta configuration with a delta evident in its interior spots. Region 1564 was in a gradual growth phase during the period and increased in magnetic complexity to a beta-gamma configuration. Region 1553 produced occasional optical subflares as it neared the west limb. New Region 1566 was numbered. There were no Earth-directed coronal mass ejections (CME) observed during the period. NOAA/SWPC forecast 30 % chances of M-class solar events. 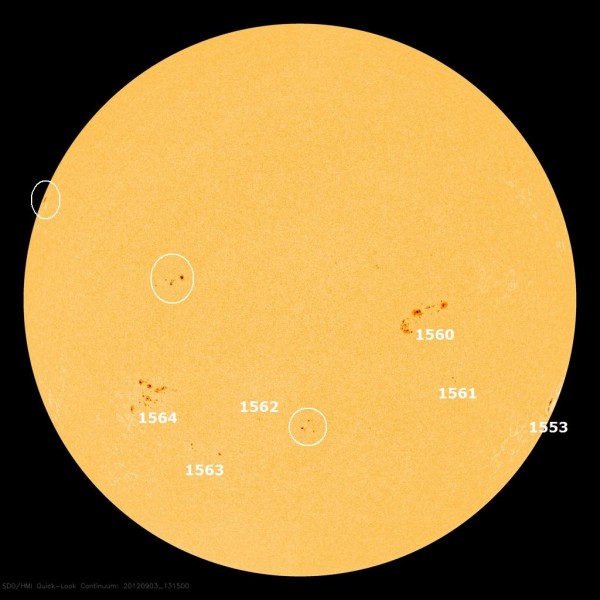 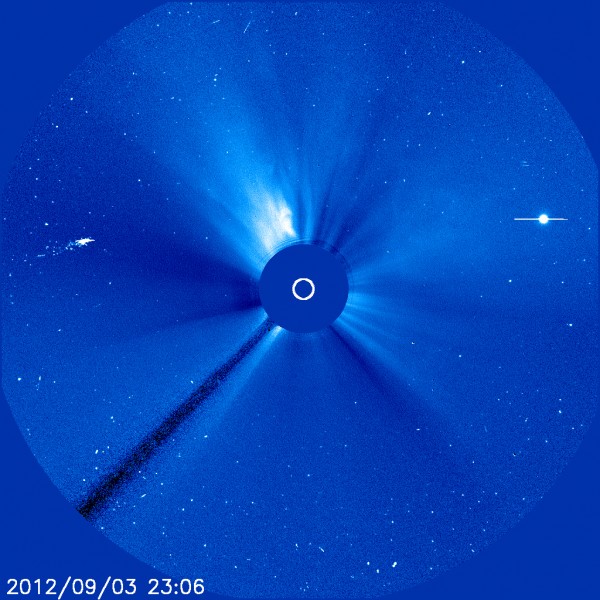