A huge outbreak of severe thunderstorms hit United States on Thursday, July 26, 2012 causing damage in fifteen states and knocking out power to over 250,000 customers. Severe thunderstorm warnings were in effect for 132 counties in 15 states along but it was not as nearly as violent as the June 29 – 30 Mid-Atlantic and Midwest derecho. It can be, however, classifed as a derecho, since it met the main criteria, as defined by NOAA’s SPC.

“A derecho is a widespread, long-lived wind storm that is associated with a band of rapidly moving showers or thunderstorms. Although a derecho can produce destruction similar to that of tornadoes, the damage typically is directed in one direction along a relatively straight swath. As a result, the term “straight-line wind damage” sometimes is used to describe derecho damage. By definition, if the wind damage swath extends more than 240 miles (about 400 kilometers) and includes wind gusts of at least 58 mph (93 km/h) or greater along most of its length, then the event may be classified as a derecho.”

Three people were reportedly killed. The severe storms covered an unusually large area, erupting along a 1,500-mile long swath of the country from Texas to Connecticut. 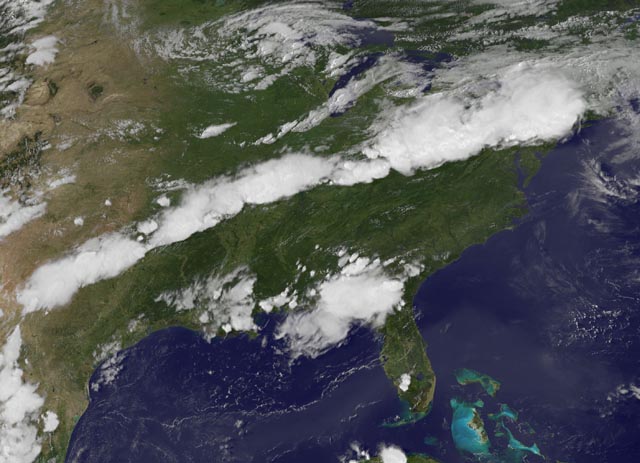 Tornadoes touched down in the Pennsylvania towns of Coudersport and Montrose on Thursday. The one in Coudersport was rated an EF-1 with a maximum wind speed of 90 mph, and the Montrose one was an EF-0 with maximum winds of 80 mph, the National Weather Service said. NWS also reported that damage in Elmira, New York, was caused by an EF-1 tornado with estimated maximum wind speeds as high as 110 mph.

The intensity of the thunderstorms was increased by a very hot and moist air mass; temperatures in the mid to upper 90s were common across the region on Thursday. A number of record highs for the date were set, including a 98° reading at Washington D.C.’s Dulles Airport. The threat of severe weather continues for Friday afternoon over portions of the Ohio Valley and mid-Atlantic, as NOAA’s Storm Prediction Center has placed these regions in their “Slight Risk” area for severe thunderstorms.

Storm from June 29, 2012 was one of the most destructive and deadly severe thunderstorm complexes in North American history. It killed 22 people, knocked out power to at least 3.7 million customers, and did hundreds of millions in damage. 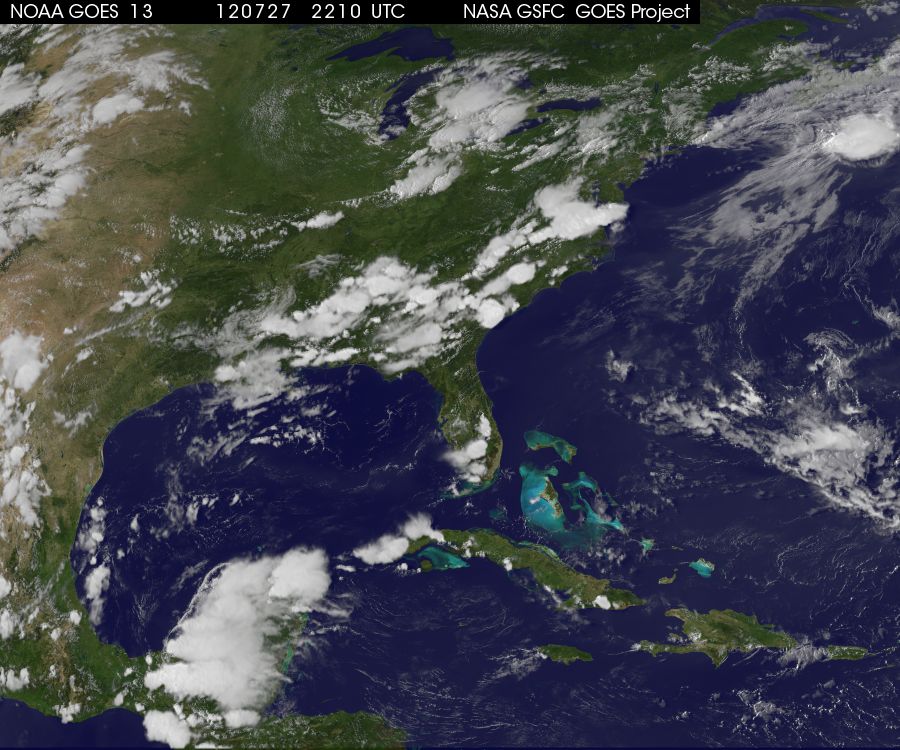 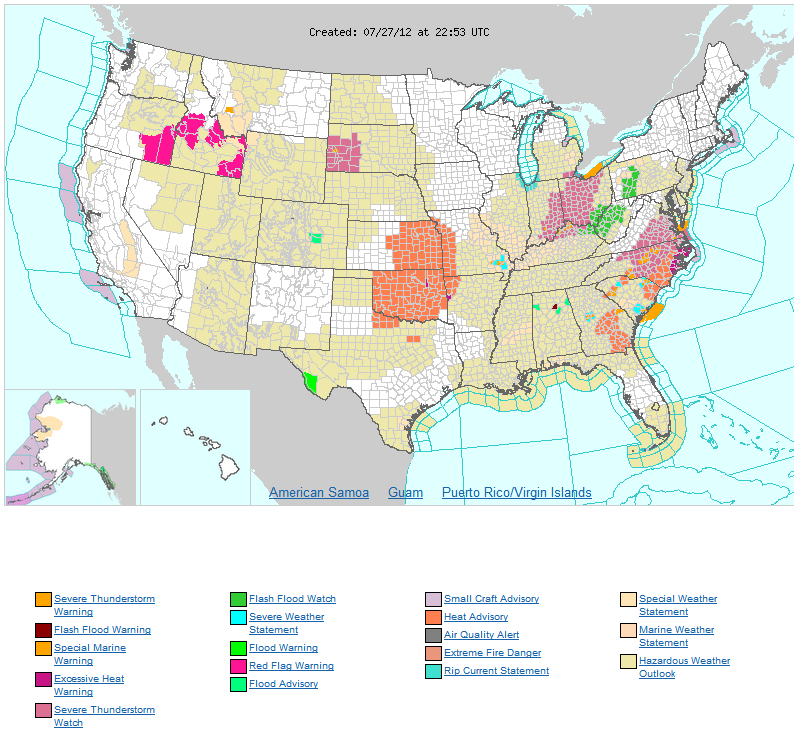 effective this Friday night and Saturday morning from 7:15 pm until 3:00 am edt.

The NWS SPC center has issued a severe thunderstorm watch for portions of:

EFFECTIVE THIS FRIDAY AFTERNOON FROM 4:25 PM UNTIL MIDNIGHT MDT.

Hail to 2 inches in diameter…thunderstorm wind gusts to 70
mph, and dangerous lightning are possible in these areas.

Discussion…widely scattered thunderstorms are anticipated to develop
across the watch area this evening in advance of a weak midlevel
impulse cresting mean ridge axis. Air mass is characterized by
steep low to midlevel lapse rates and a deeply mixed boundary layer.
When coupled with around 40 kt of deep-layer shear…setup will
promote high-based supercells which may transition to a small mcs
this evening with the primary hazards being damaging winds and some
hail.

…effective this friday afternoon and evening from 2:45 pm until 11:00 pm edt.