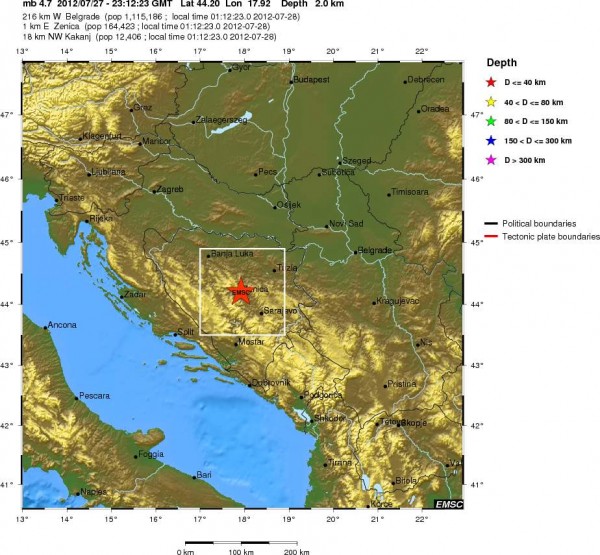 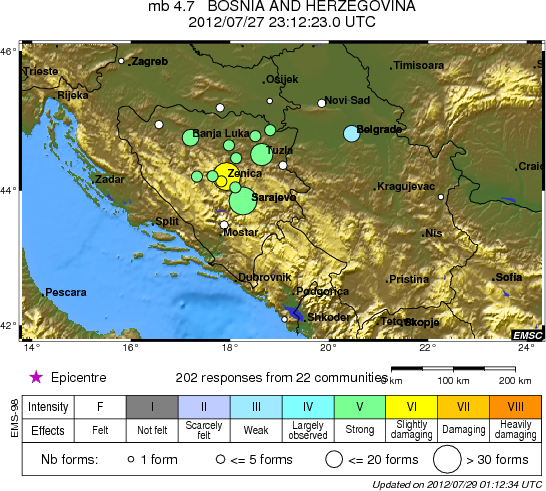 An aftershock measuring M4.2 has occurred 30 minutes after the mainshock.

There were no major damage but there are some reports of cracks in the walls and bricks falling of the rooftops. The earthquake was felt in most parts of Bosnia and Herzegovina and in cities like Sarajevo, Banja Luka, Goraždue, Bihac as well as in Serbia and Croatia. 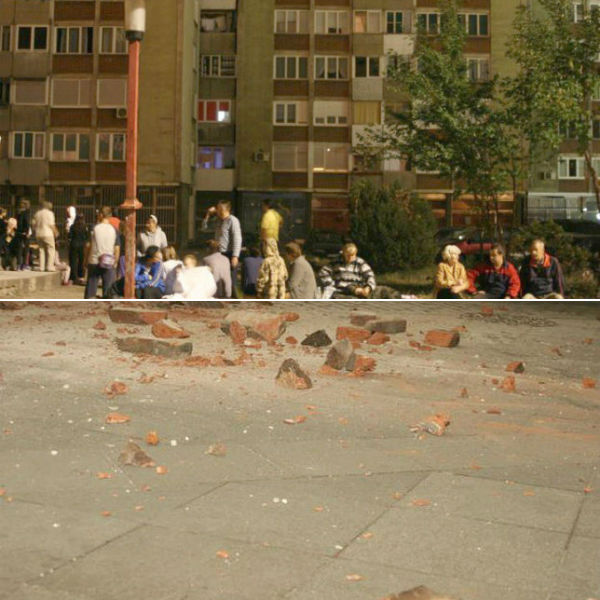 You can watch video report here