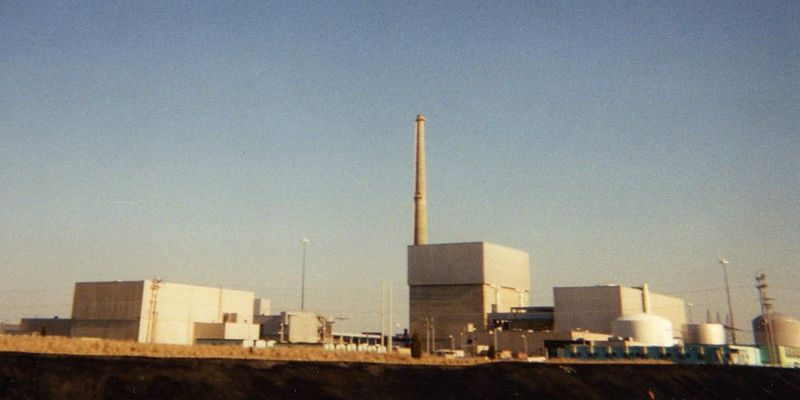 According to plant owner Exelon, the Oyster Creek nuclear power station in New Jersey was shut down early Monday morning, July 23, 2012 after a power failure.

Electrical service from the outside grid was disrupted at around 3:41 a.m., and the plant’s emergency diesel generators kicked in and powered the plant’s safety systems, said a statement from the Nuclear Regulatory Commission.

The problem appeared to be a grounded 230-kilovolt line, according to the NRC.

Jersey Central Power & Light crews fixed the problem a little after 5:30 a.m., Exelon said. Afterwards the plant was taken to cold shutdown, in which the reactor and associated systems are cooled down and depressurized, according to the NRC.

The plant will likely start up again in a matter of days, said Exelon spokeswoman Suzanne D’Ambrosio.

“We make sure the plant is shut down and cooled down and then if there’s any little maintenance we need to do we may take advantage of down time to do that,” D’Ambrosio said. “Obviously with the hot summer it’s in our best interest to get running as soon as possible, but it’s a very slow and deliberate process.” 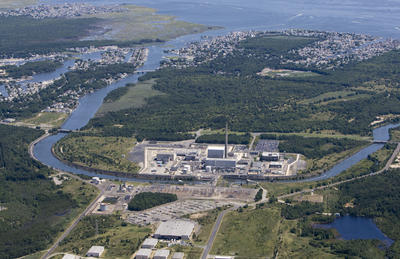 Oyster Creek nuclear power station is a single unit 636 MWe boiling water reactor power plant located on an 800 acre (3.2 km²) site adjacent to the Oyster Creek in the Forked River section of Lacey Township in Ocean County, New Jersey. The facility is currently owned and operated by Exelon Corporation and is the oldest operating nuclear power plant in the United States. The plant first came online on December 1, 1969, and is licensed to operate until April 9, 2029.

The plant gets its cooling water from Barnegat Bay, a brackish estuary that empties into the Atlantic Ocean through the Barnegat Inlet.

In August 2009, workers found and stopped two small leaks of tritium, a radioactive form of hydrogen. An NRC investigation found the levels to be too low to be a danger to public health. The leaks originated from two buried pipes that had not been properly insulated when they were last worked on in 1991. A second leak was discovered in August 2009, from a pipe leading into an electrical turbine building. Tritium levels found in this leak were measured at 10 microcuries per liter of water, higher than the 5 to 6 microcuries per liter found in the earlier leak. Tritium contaminated groundwater remained on site and had not spread to any public water supplies.

In May 2010, the New Jersey DEP announced that water from the leak had spread to a nearby aquifer, though it stated there “was no imminent danger” to water supplies. At the current rate of migration, the water will reach the closest public wells within 10 to 15 years. The DEP stated there are several ways to address the problem, such as pumping out the tainted water, or injecting fresh water to force the tainted water backwards. A spokesman for Oyster Creek said they are working with the state on the issue, and have seen contamination levels steadily dropping, sometimes by “as much as 90%”. (wiki)

The Nuclear Regulatory Commission’s estimate of the risk each year of an earthquake intense enough to cause core damage to the reactor at Oyster Creek was 1 in 71,429, according to an NRC study published in August 2010.