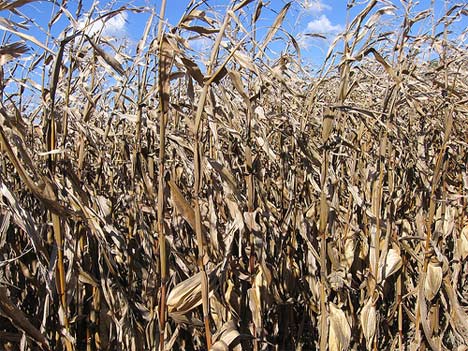 Missouri Governor Nixon declared a state of emergency on July 23, 2012 due to prolonged severe heat and  drought.

Governor explained in his statement that the emergency was declared because of public health, agricultural and fire risk concerns.

“The high temperatures and dry conditions across the state are taking their toll on Missourians,” Gov. Nixon said. “Our farmers are suffering tremendous losses in crops and livestock, and we’re seeing more heat-related deaths and emergency room visits, particularly among seniors. In addition, we continue to see a high risk of fire from tinderbox conditions, and we are monitoring how the drought is affecting public water supplies and distribution.

“We’re going to continue to work with public health officials, public safety officials and agricultural leaders to alleviate the impact of the heat and drought, but the long-range forecast shows our preparation and response will likely be needed for the foreseeable future,” Gov. Nixon said.

The Missouri Department of Health and Senior Services has confirmed 25 heat-related deaths in the state, including 20 in the St. Louis metropolitan area. The department also has received hospital reports of 829 heat-related emergency department visits from May 1 through July 22.

The temperature in St. Louis was 104 Fahrenheit (40 Celsius) on Monday, according to the National Weather Service.