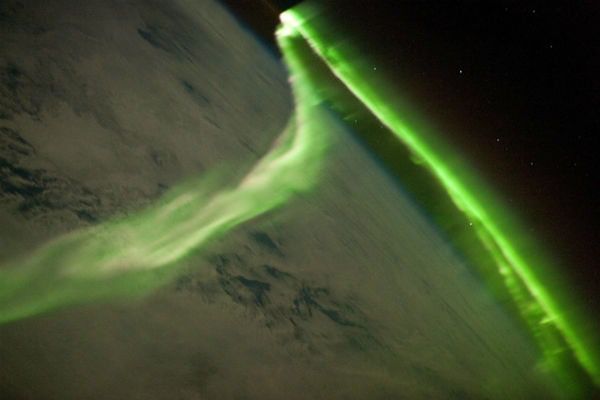 The CME cloud, generated by an X1.4 Solar Flare on Thursday around Sunspot 1520,  hit Earth’s magnetic field on July 14th at approximately 18:11 UTC. 43 minutes earlier, at 17:28 UTC, measurements made by the ACE spacecraft indicated a shock arrival. Solar wind speeds increased from 350 km/s to around 630 km/s and the IMF (interplanetary magnetic field) increased from 4 nT to around 17 nT. All of these signatures are congruent with the arrival of a CME at ACE and later here at Earth. 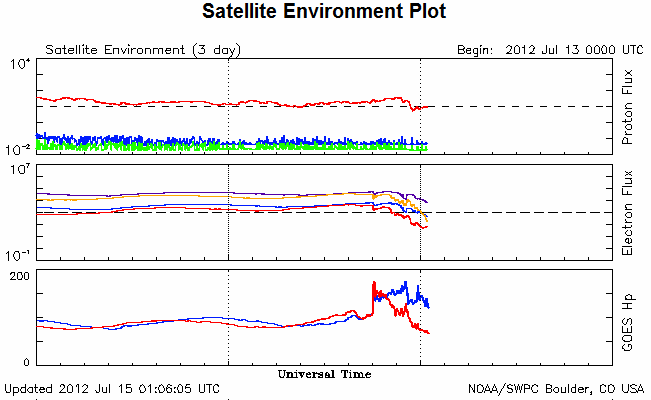 The arrival of the CME shook Earth’s magnetic field, which in turn induced electrical currents in the ground at Arctic latitudes. Rob Stammes measured the effect from his magnetic observatory  at the Polar Light Center in Lofoten, Norway as shown on SpaceWeather.com. Stammes has observed many CME strikes and he says this one was not particularly strong, at least in terms of ground currents. 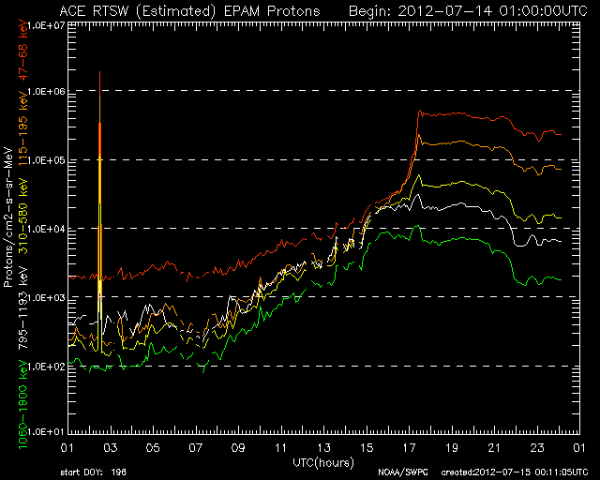 After the arrival of the CME, an increase from quiet to minor storm levels was observed. A greater than 10 MeV proton event  is still in progress. The greater than 2 MeV electron flux at geosynchronous orbit reached high levels during the period. Radio Blackouts conditions remains at R1 (Minor) radio blackout level. 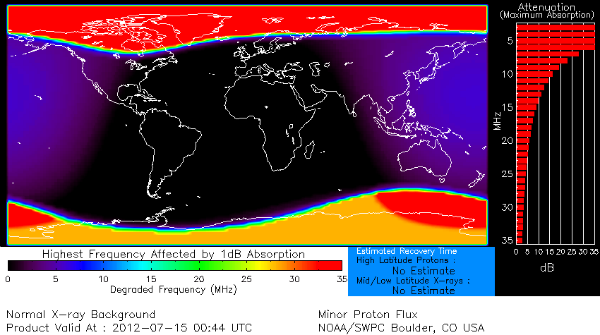 Observers in North America should watch for aurora on the nights of the 14th and 15th local time. Depending on the configuration of the disturbance, auroras may be visible as far south as the middle tier of states.  Activity may remain high also on the 16th. Auroras should be visible Southern New Zealand, Tasmania, Canada, Scandinavia, and off course around polar circles. Geomagnetic storming could intensify and bring auroras to middle latitudes as well. It should be wonderful display across the night sky.

Watch further  conditions at our SpaceWeatherStation