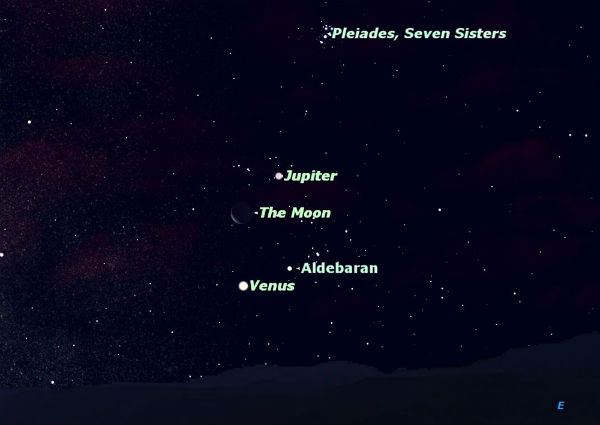 Venus, Jupiter and the moon will gather together in the early morning sky Sunday (July 15). Set your alarm clock for around 4:30 a.m. local time on Sunday and watch east-northeast sky. The crescent moon, just 13%i lluminated, appears in close proximity to the two brightest planets in our sky. Right now Venus is shining at its peak brilliance and is more than 17 times brighter than Sirius, the brightest star in the sky.

The Moon occults Jupiter for most of Europe and parts of Asia (map and timetable). Jupiter disappears behind the Moon’s sunlit limb. 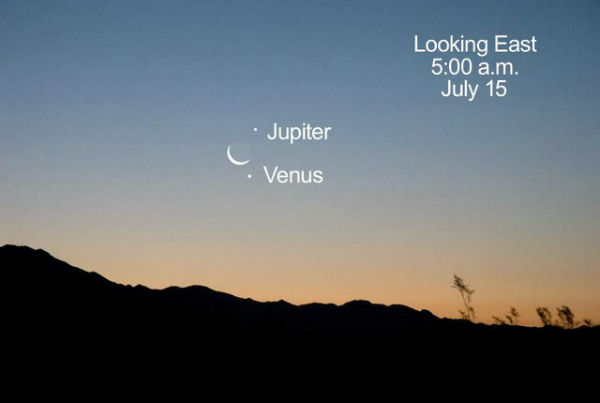 Through this summer Venus is appearing as morning star. It is visible in the east-northeast sky at dawn. The planet will be visible 2.5 hours before the sun rises on July 15, with that period growing to 3.5 hours by August 15. Meanwhile, Jupiter, dazzling in its own right, though just 1/9th as bright as Venus, is also becoming increasingly prominent in the morning sky, rising about 3.5 minutes earlier and climbing progressively higher each morning.

On July 15 at sunrise, Jupiter will stand 35-degrees above the horizon. By August 31, Jupiter will be twice as high, soaring more than three-quarters of the way up from the horizon to the point directly overhead.

This arrangement of the moon together with Venus and Jupiter will be positioned below the Pleiades star cluster, and will also be set against a fine V-shaped cluster of stars known as the Hyades. The bright orange star at the end of the lower arm of the V is “eye” of the constellation of Taurus, The Bull.  This colorful star is Aldebaran, “the Follower;” for it rises soon after the Pleiades and seems to pursue them across the sky. 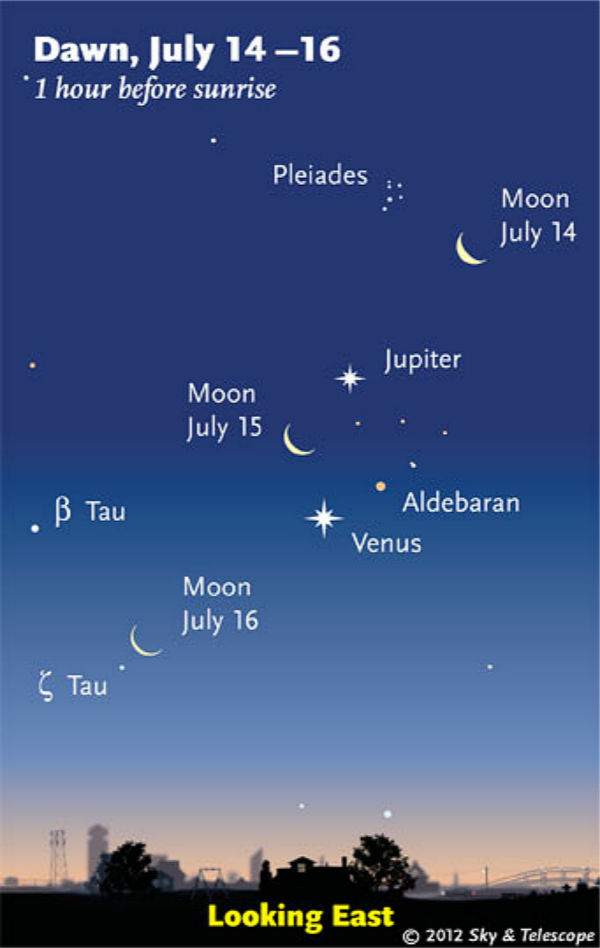