We are still experiencing effects of incoming CME generated from Sunspot 1520 which produced strong X1.4 Solar Flare on Thursday. A Moderate G2 Geomagnetic Storm (KP=6) is in progress right now due to an incoming CME shock. The geomagnetic field has been at active to major storm levels for the past 24 hours. Analysts at the Goddard Space Weather Lab say that satellites in geosynchronous orbit may have been directly exposed to solar wind plasma. 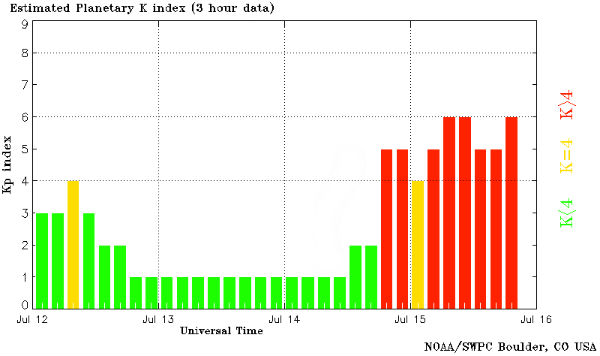 The Bz component of the Interplanetary Magnetic Field remains tilted sharply south (Btotal: 19.4 nT/Bz: 14.3 nT) and this may prolong geomagnetic storming.  Measurements from the ACE spacecraft showed variable IMF total field strength and occasional negative Bz early in the period. Around 06:00 UTC, total IMF peaked around 28 nT, with the Bz component reaching a maximum deflection of -18 nT. These levels remained almost constant and elevated throughout the remainder of the summary period. Multiple major to severe storm periods at high latitudes with minor to major storm periods at mid latitudes were observed during the period, due to the 16 hours of sustained negative Bz coupled with elevated (500-600 km/s) solar wind speeds according to latest Joint USAF/NOAA Report of Solar and Geomagnetic Activity. High latitudes aurora watchers stay on alert for further aurora activity.

Northern Lights have appeared in the United States as far south as California, Colorado, Missouri, Utah, Wisconsin, Iowa, Minnesota, Washington, Illinois, Kansas,Nebraska, Michigan and Arkansas. Meanwhile in the southern hemisphere, the aurora australis has been sighted in New Zealand, Australia, Tasmania and directly above the Antarctic. (Watch great images of auroral display at Realtime Aurora Photo Gallery by SpaceWeather.com) 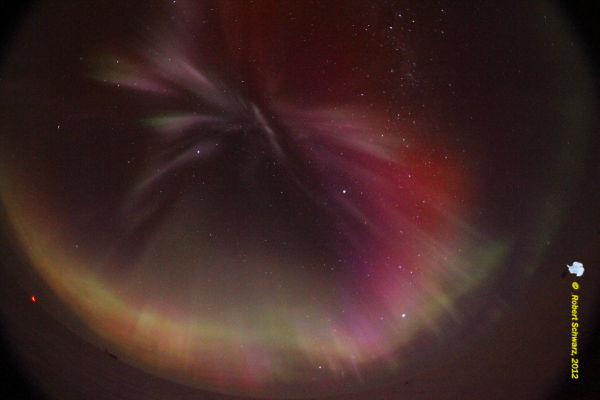 Sunspot 1520 remains the largest and most magnetically complex region on the disk but it has remained stable and quiet. Sunspots 1521 and 1519 have been the most active regions producing low level C-class solar flares. Both regions have shown moderate growth in sunspot area and magnetic complexity. No Earth directed CMEs were observed during the period. NOAA/SWPC estimates a 40% chance of M-class and 15% chance of X-class event. 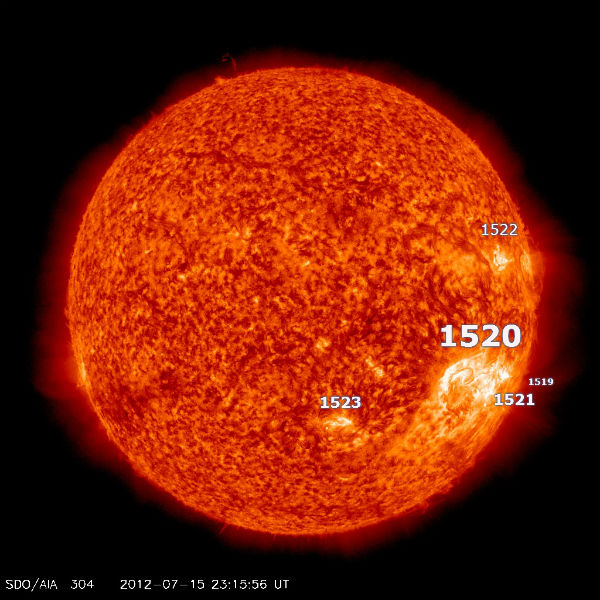 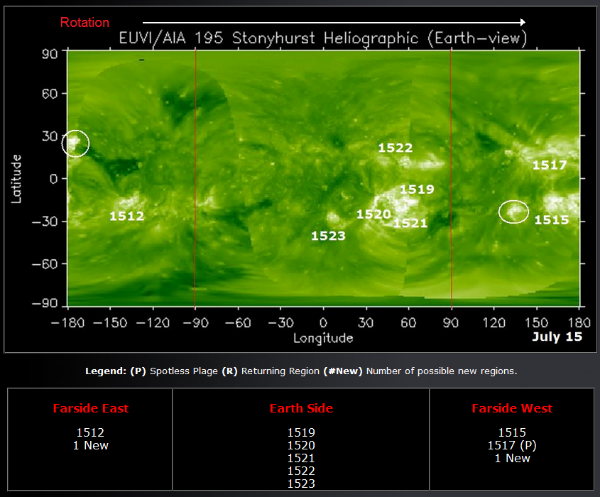