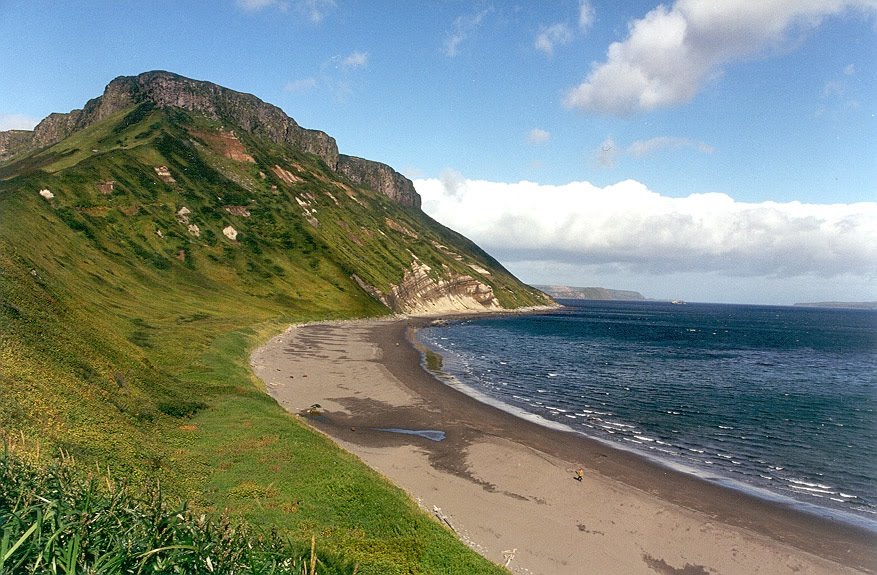 For the seventh day in a row a swarm of earthquakes continues near Kuril Islands, Russia/Japan. The latest one was measured with magnitude 5.5 according to EMSC – July 15, 2012, 14:34 UTC. Recorded depth was 80km. USGS recorded magnitude 5.3 for the same earthquake and depth of 64.2 km (39.9 miles). 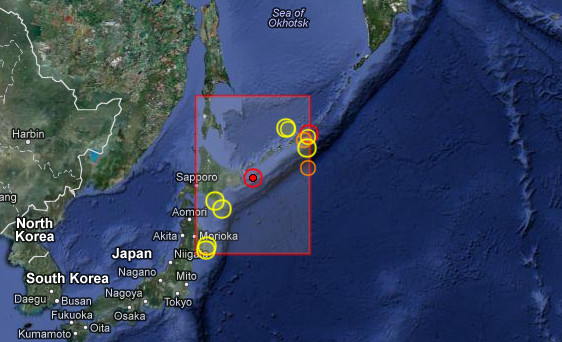 The Kuril Islands form part of the ring of tectonic instability encircling the Pacific ocean referred to as the Ring of Fire. The islands themselves are summits of stratovolcanoes that are a direct result of the subduction of the Pacific Plate under the Okhotsk Plate, which forms the Kuril Trench some 200 kilometres (120 mi) east of the islands. The chain has around 100 volcanoes, some 40 of which are active, and many hot springs and fumaroles. There is frequent seismic activity, including a magnitude 8.5 earthquake in 1963 and one of magnitude 8.3 recorded on November 15, 2006, which resulted in tsunami waves up to 5 feet (1.5 m) reaching the California coast.

Geophysical center of the Russian Academy of Sciences (RAS) counted 27 strong earthquakes in the region of Kuril Islands in last 7 days.

Intrestingly enough, on July 14, 2012, The International Institute of Earthquake Prediction Theory and Mathematical Geophysics (MITPAN) department of the Russian Academy of Sciences reported to President Putin that our world faces the “imminent threat” of a “major” to “catastrophic” earthquake to occur within the fortnight due to an “extreme” solar storm that has begun hitting Earth’s atmosphere.

According to MITPAN scientists, on 12 July the Sun exploded an X1.4-class solar flare from giant Sunspot 1520 hurling it directly towards Earth at a velocity where it began hitting our planets upper atmosphere in late hours of July 14th.

US scientists from the National Aeronautics and Space Administration (NASA) confirmed the findings of their MITPAN counterparts warning that this geomagnetic storm is “strong to severe”, Earth-orbiting satellites could get disoriented, the electrical grid could experience “widespread voltage control problems” among other issues, and the aurora may be able to be seen as far south as Alabama and northern California. Read complete warning here.