The earthquakes moderate depth and the location of both epicenters, on the ocean, should have reduced the intensity making both of them “harmless”. A tsunami is not possible because the magnitudes are not big enough to create one.

These earthquakes have had a low humanitarian impact based on the magnitude and the affected population and their vulnerability. There are about 700 people within 100km radius.

At the time of writing EMSC still reported a magnitude 6.3 at 6:32 UTC and 6.0 at 6:10 UTC. But the major difference was in depth. EMSC reported depth of 10km for both earthquakes! Some time later EMSC added another earthquake which was not reported by USGS - the magnitude was 4.8 and the time was at 6:27 UTC.

This is how the USGS data looked like at 8:06 UTC: 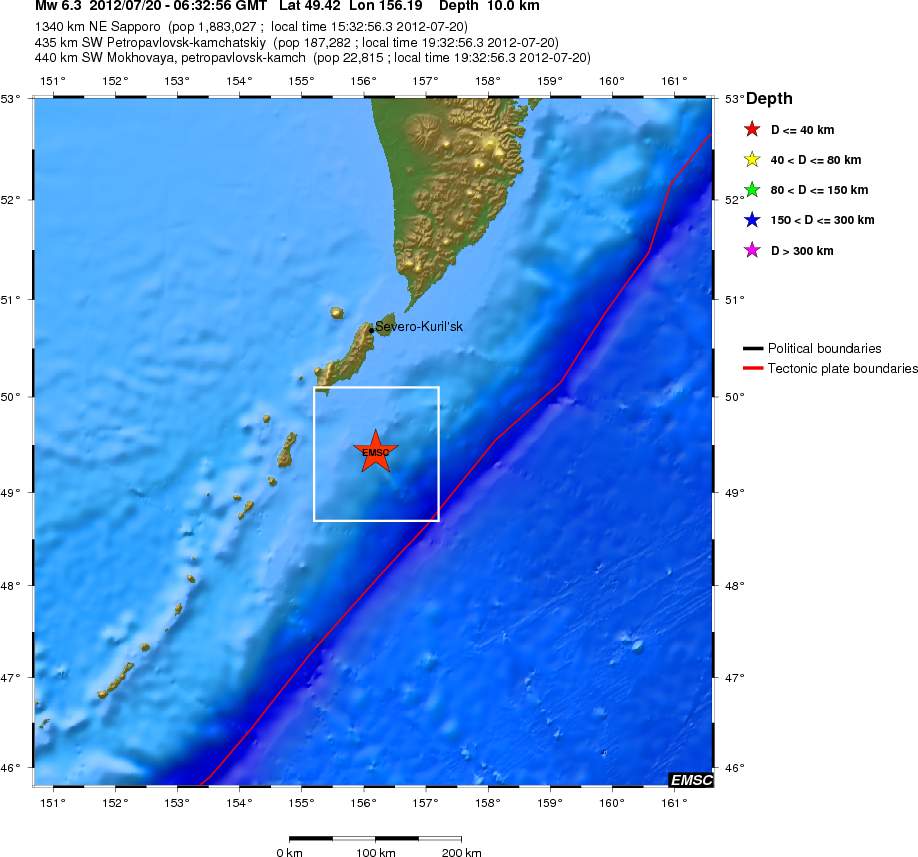 Larger view of the area 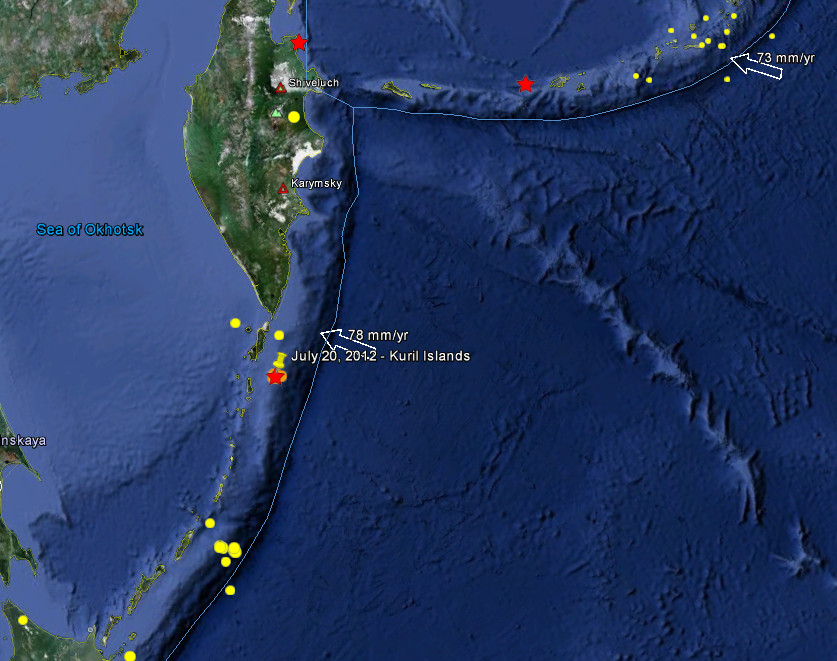 Read our earlier report on earthquake swarm at Kuril Islands and possible connection to reports of imminent threat by Russian Academy of Science :