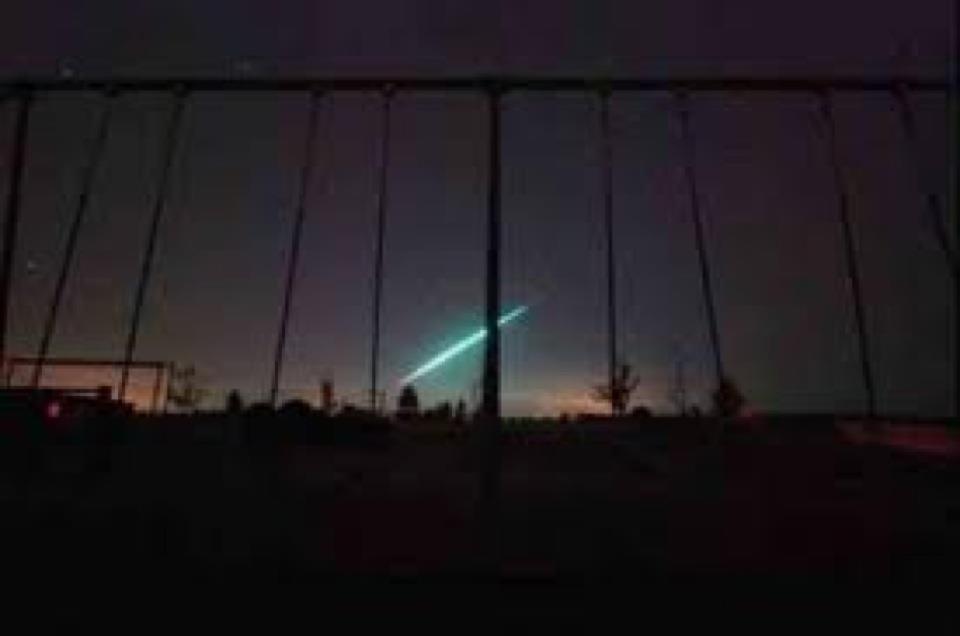 Chilean La Tercera magazine reported a meteor or unindentified luminous object crash in Chile on July 9, 2012. It attracted the interest of the Chilean air force that monitored the town Inquique after the crash.

The director of the National Emergency Office (Onemi) in the region of Tarapaca, Mario Hernandez, told La Tercera that there is no certainty about the origin of “luminous object” that was seen in the skies of Iquique between 23.30 and 23.40 pm on July 9, 2012 and that the agency responsible for issuing this information is the Air Force of Chile, FACH.

‘Indeed there was a very powerful light or brightness, accompanied by a trail that no one knows for sure what it is, we as Onemi monitored to see if it caused any other emergency or any involvement in the region, fortunately this did not happen’, he said.

FACH said in a statement that the luminous event  ‘does not correspond to air traffic of aircraft belonging to the 1st Aviation Brigade, resting on the ‘Los condors’ base of the FACH’. In addition, they indicate that the sighting information was delivered in the communiqué of the Directorate of Civil Aviation, DGAC.

In that document, the DGAC said they will begin an investigation to determine the nature of the ‘luminous object’. ‘ There is no record of any trace that has been displayed in the North of the Directorate General of Civil Aviation radar network, as also, no report of other nature centres and control towers operating in the national territory, with the exception of the information provided by the crew of a commercial aircraft that spotted a brightness in the space ‘.

Furthermore, they said that ‘the Committee study of anomalous aerial phenomena (CEFAA), dependent of the DGAC, began the process of investigation, which is based on specific reports such as: photos, footage and witness statements of the event’.

Finally, they added that any such specific records, will be sent to centers of studies of aerial phenomena in the world ‘to complement the analysis and get a reasonable explanation’.

‘As it can be seen, a final explanation for the abnormal aerial phenomenon is subjected to a long process of scientific investigation, which can take an undetermined time and does not always have an answer’, the release says.