The magma column at lava dome had dropped in mid to late May and the dome collapsed. An intense degassing from numerous fumaroles inside and outside of the now large summit crater is observed. Anak Krakatau is at the moment in a phase of repose.

At least four areas with apparent submarine hydrothermal iron-bearing vents were observed that had not been there last year. In these areas, bubbling could be seen in the water, and where accessible, iron-rich greenish warm mud was found at the sea floor, which oxidized to orange when brought to the surface. The sea water around these areas had an intense yellow stain. Very similar submarine activity is known from around Nea Kameni island, Santorini. 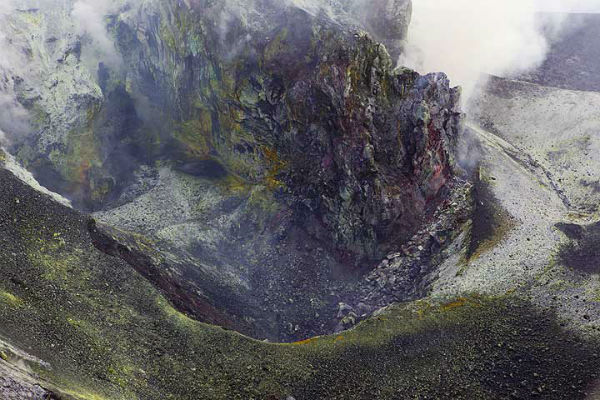 Krakatau, a small island group in the Sunda Strait between the islands of Sumatra and Java is one of the world's most famous volcanoes. It is a mostly submerged caldera with 3 outer islands belonging to the rim and a new cone, Anak Krakatau, that has been forming a new island since 1927 and remains highly active. Krakatau exploded spectacularly in a devastating Plinian eruption 1883 that killed more than 30,000 people (mostly by the huge tsunamis triggered by the eruption). The eruption was one of the first global news events after telegraph lines had connected the different continents. Anak Krakatau has been the site of frequent eruptions since 1927. 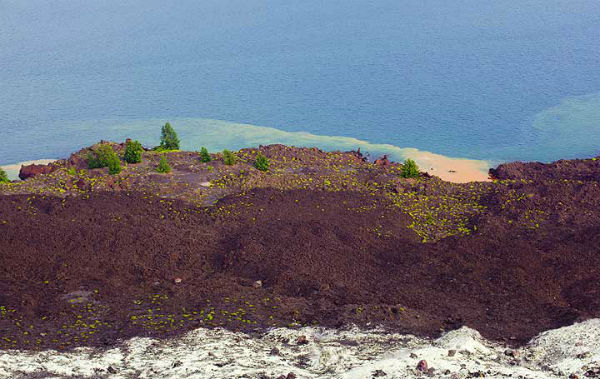