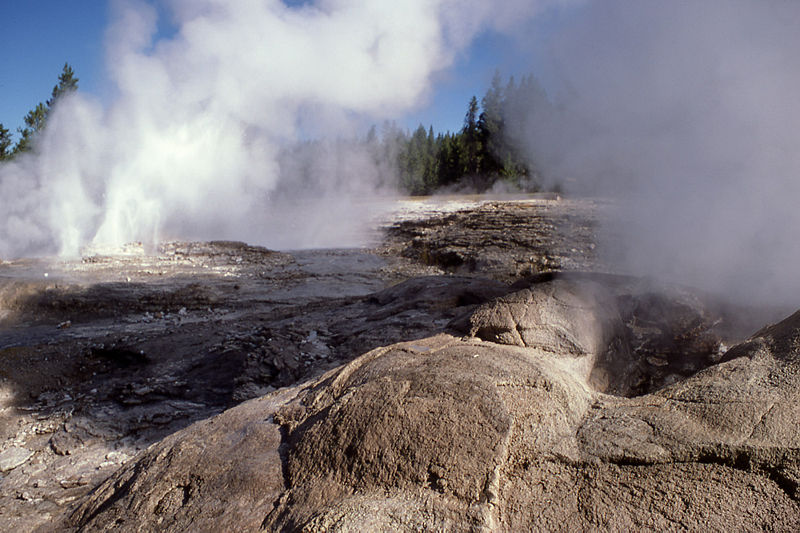 According to article published in YellowstoneGate a handful of Yellowstone National Park geysers appear to be active again after periods of dormancy, including one geyser that last erupted almost two decades ago.

Morning Geyser, quiet for 18 years, is now active, and there is news that an electronic monitor on Echinus in Norris Geyser Basin picked up an eruption. North Goggles Geyser has also started erupting more regularly than the lone annual display it has typically shown over the past few years. The last time it was this active was 2004. Joining the list of newly reactivated thermal features are Fan and Mortar geysers, which may be beginning an active cycle.

During the month of May 2012, the University of Utah reports 30 earthquakes were located in the Yellowstone National Park region. The largest was a magnitude 2.1 event on May 24 at 12:47 AM MDT, located about 22 miles southeast of West Thumb, YNP. No earthquake swarms were detected in May.

Yellowstone earthquake activity is at a relatively low background level.

Slow subsidence of the caldera, which began in early 2010, continues. Current deformation patterns at Yellowstone are well within historical norms.