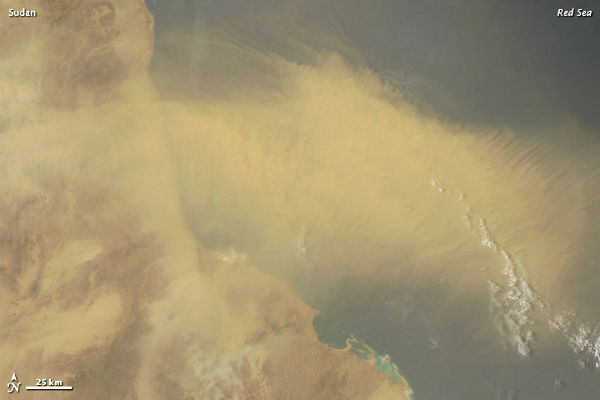 Early in June, dust plume formed over the Red Sea. This plume extended from the coast of Sudan in a large arc toward the southeast and began blowing off the Sudan coast on June 7. By June 8, the plume was thick enough to completely hide the water surface below, and a veil of thinner dust hung over the entire region. 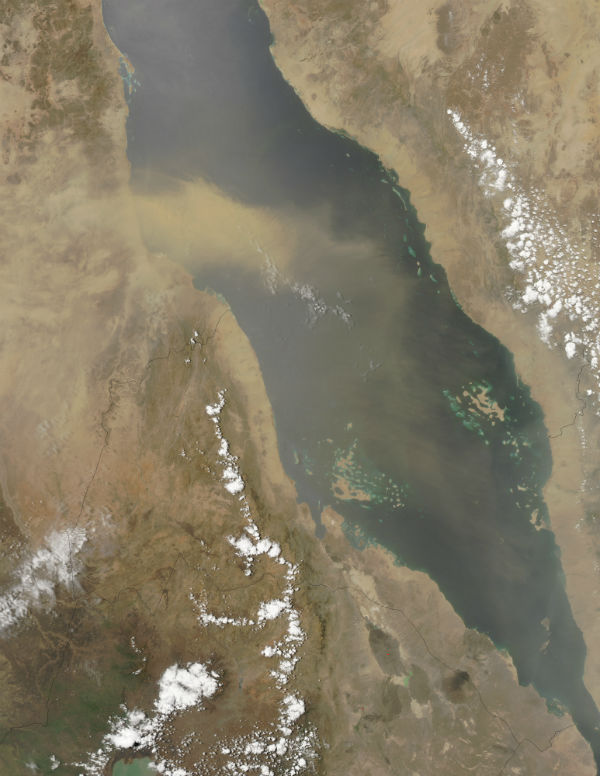 A network of impermanent rivers stretches over much of eastern Sudan, and the fine sediments from these waterways might have contributed to the plume over the Red Sea. Some of the dust over the Red Sea might also have originated farther inland. 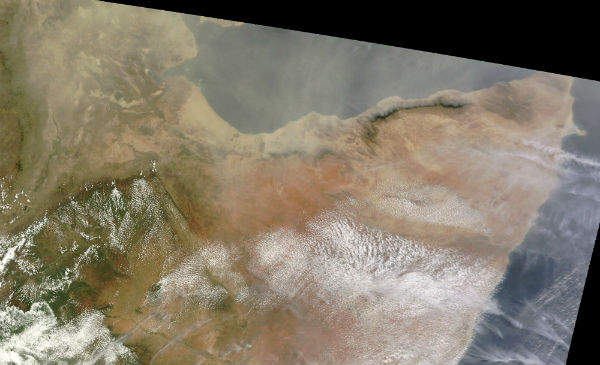 Similar situation is in Somalia too. Dust blows from the Arabian Peninsula, probably originating in the Rub al Khali desert, across the Gulf of Aden, to Somalia. While most of the terrain in Somalia is obscured by the airborne dust, the dark ridge of the Surud Mountain Range appears as a dark greenish brown line parallel to the northern coast of Somalia on the “Horn of Africa”. 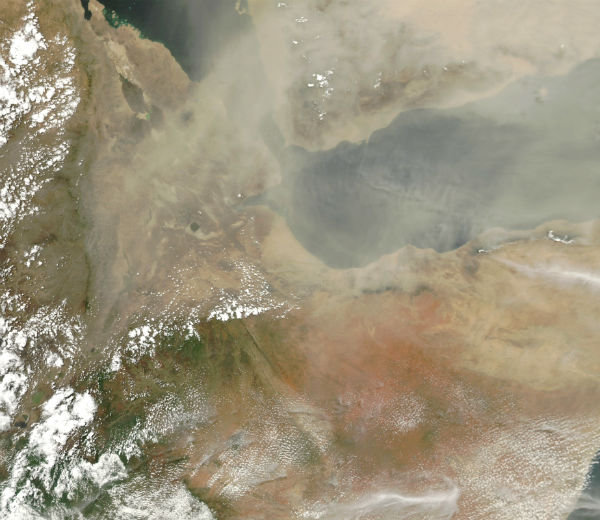 Dust blows over the Red Sea (upper left) and the Gulf of Aden (center to right), between the Arabian Peninsula (above) and the African continent (below). The dust is thickest over the southern reaches of the Red Sea, between the coasts of Yemen (above) and Eritrea (below), near the Bab-el-Mandeb Strait. Dust also hangs in the air over Ethiopia (lower left quadrant) and Somalia (lower right quadrant). 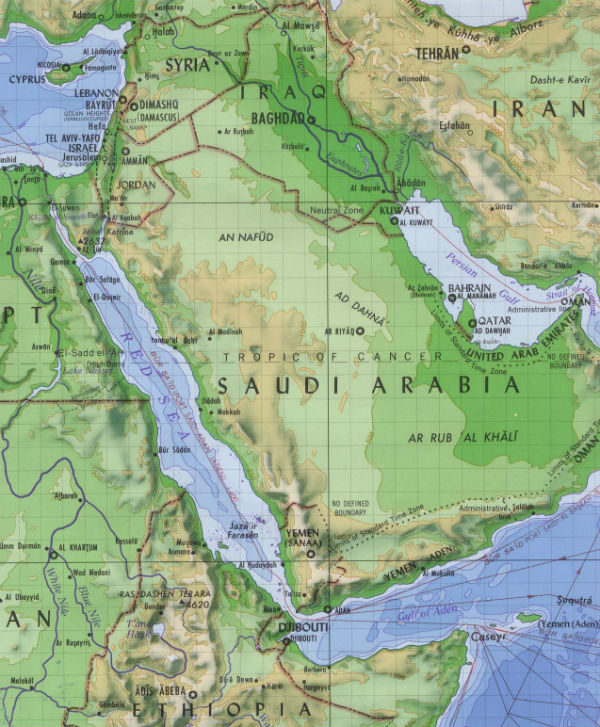