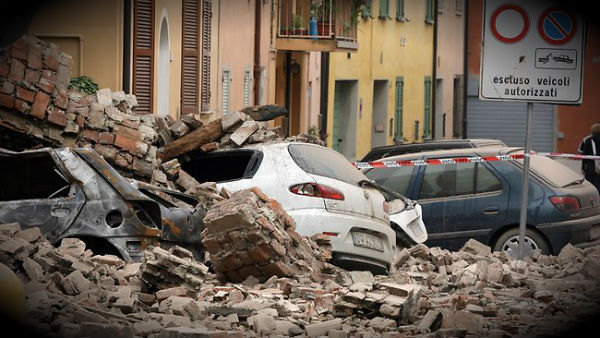 Aftershocks are continuing to strike Northern Italy. More than 70 have been recorded after magnitude 6.0 earthquake at 02:03 UTC. INGV has announced that they cannot rule out another severe aftershock. The situation will be at least unstable for a limited number of days. Magnitude 4.4. struck at 17:37 UTC. Magnitude 5.2 aftershock struck the epicenter area at 13:18 UTC (15:18 local time). It was very close to Ferrara, much closer than the mainshock.  At 10:12 UTC magnitude 4.5, at 09:13 UTC another 4.5. At 03:02 strong 5.2 occurred. Read our earlier post for more info about M6.0 mainshock.

There is increased seismic activity around Mediterranean and Balkan area in last few days. 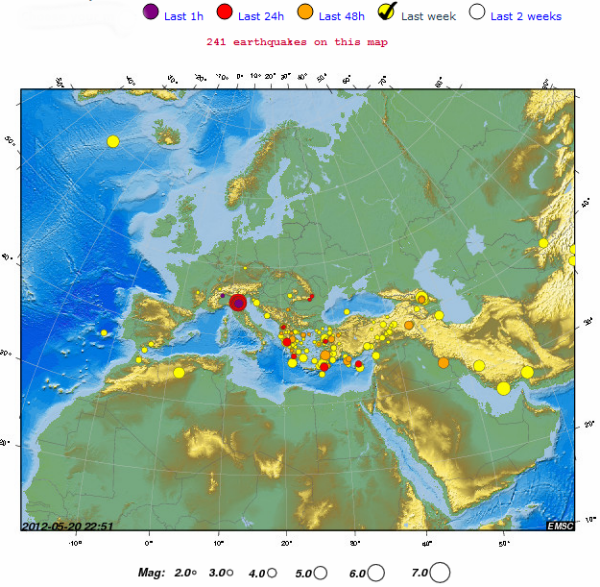 The president of Emilia Romagno has said to the press that nobody is missing anymore, making it probable that the current list of killed and injured people will remain as it is. Currently, there are 7 fatalities, 50 injured and a lot of material damage. More than 3000 people will stay overnight in shelters.There are few temporary shelters installed in Modena for 2000 homeless people. 500 prisoners have been evacuated from the Ferrara prison.

Civil protection agency official Adriano Gumina called this earthquake “the region’s worst quake since the 1300s”. The vast cultural heritage in between Modena and Ferrara and especially in Emilia Finale has been suffered enormously. Churches have been closed for further inspection in the Rovigo province. The Mantua area was also seriously damaged. The church of Felonica in Mantua was damaged. Livestock is also in trouble as stables are often in a bad condition.

Pope Benedict XVI, in his Sunday appearance from his studio window overlooking St Peter’s Square, said he was “spiritually close” to those affected by the quake, and asked people to join him in prayers for the dead and injured. Police have organized anti-looting patrols to take care of unattended houses and buildings. 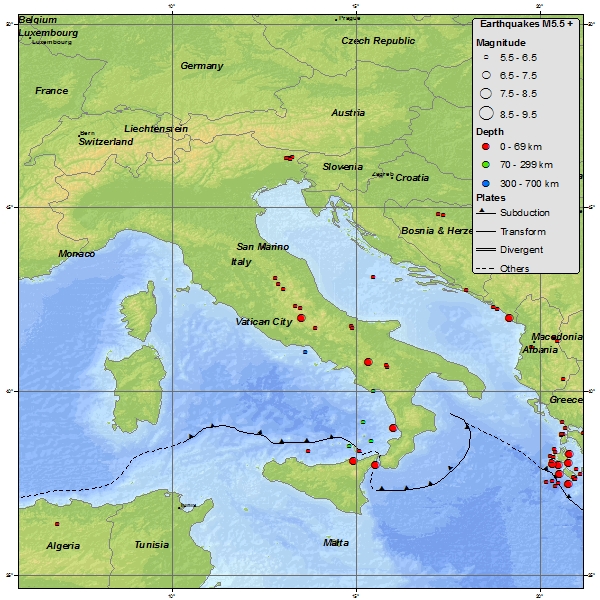 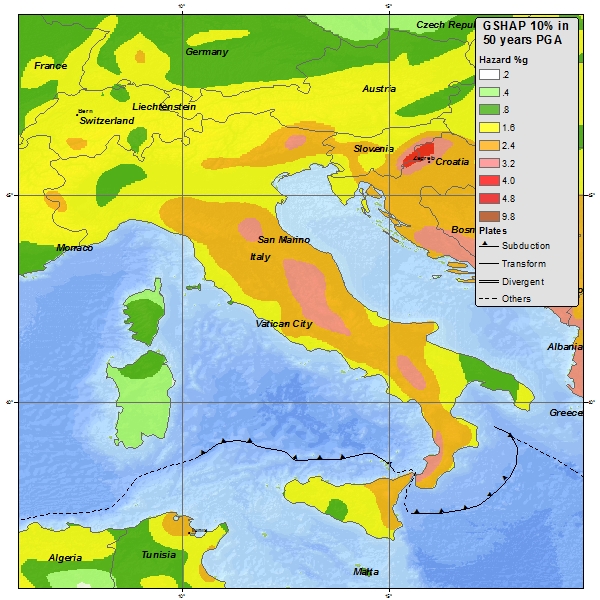 Database of Seismogenic Sources of Italy