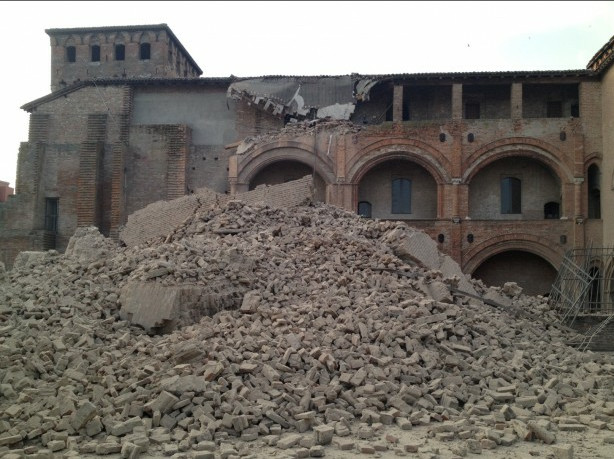 EMSC recorded magnitude 6.1 with depth of 10km. A series of strong aftershocks followed. 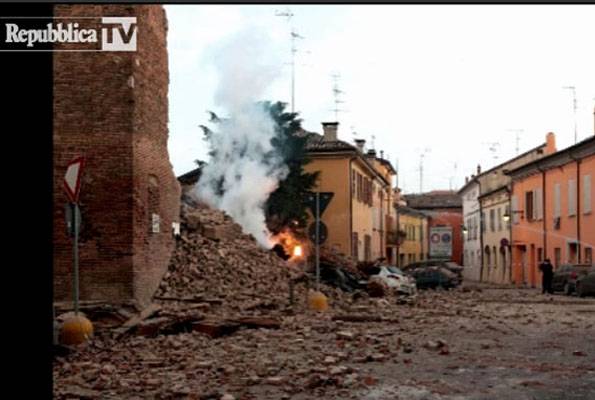 It produced heavy damage and unfortunately, by reports so far, 4 people have been killed in Ferrara.

At 3:20 a strong aftershock with magnitude 5.0 struck the same region again. As expected, everybody ran to the streets after feeling the shaking.

In San Felice sul Panaro, near Modena, the tower of the fortress collapsed. Another tower went down in Finale Emilia, and a nursing home was evacuated.

Mostly historic buildings have been damaged in the quake. Some churches and older buildings collapsed completely. 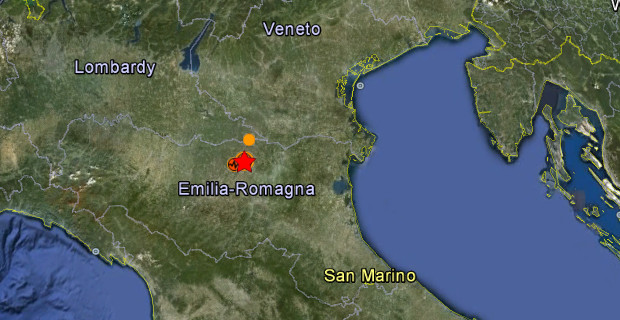 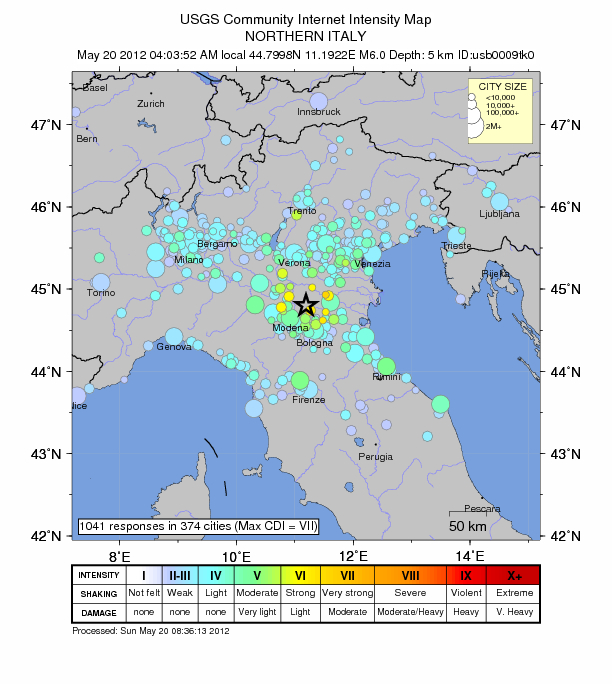 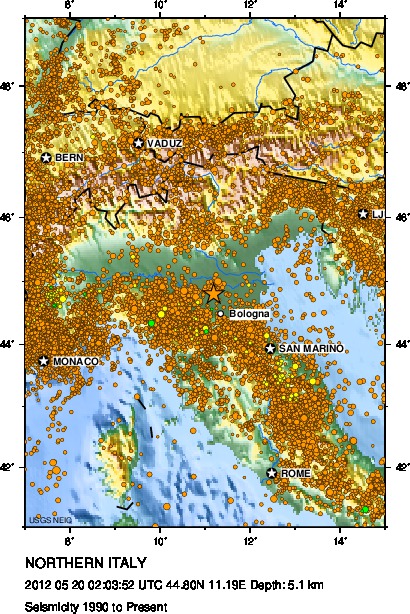 The earthquake’s epicenter was located in an area which has no damaging earthquakes since a long time.  We have to go back to 1570 for a major earthquake nearFerrara and to even 1346 for another M6 to M7 earthquake at a distance of approx. 20 km from the current epicenter. From 2002 to 2008 6 smaller earthquakes (less than M4) occurred within a radius of 20 km.

The death toll has increased to 6 when a worker was found under the rubble of the Tecopress factory at St. Augustine (Ferrara).