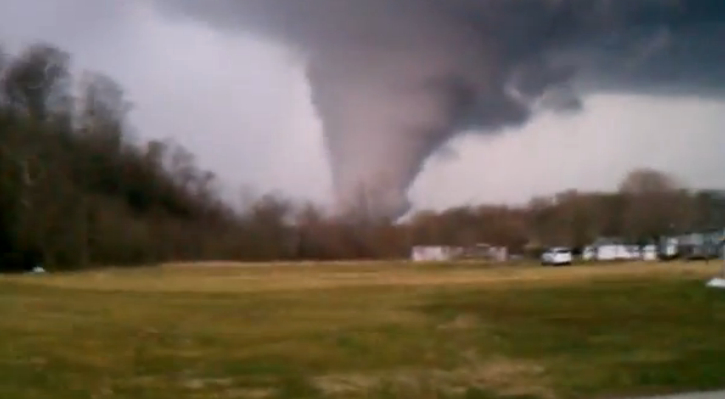 A massive tornado outbreak of stunning violence swept through the US midsection on Friday, March 2nd, spawning deadly tornadoes that killed at least 31. Hardest hit were Kentucky and Southern Indiana. The scale of the outbreak was truly exceptional, with a preliminary total of 81 tornadoes touching down in eleven states, from southern Ohio to southern Georgia. At one point, 31 separate tornado warnings were in effect during the outbreak. An area larger than Nebraska–81,000 square miles–received tornado warnings, and tornado watches were posted for 300,000 square miles–an area larger than Texas.

Though the task of counting the actual number of tornadoes will stretch into next week, there were at least 80 reports of twisters on Friday stretching from the morning to the late evening hours. 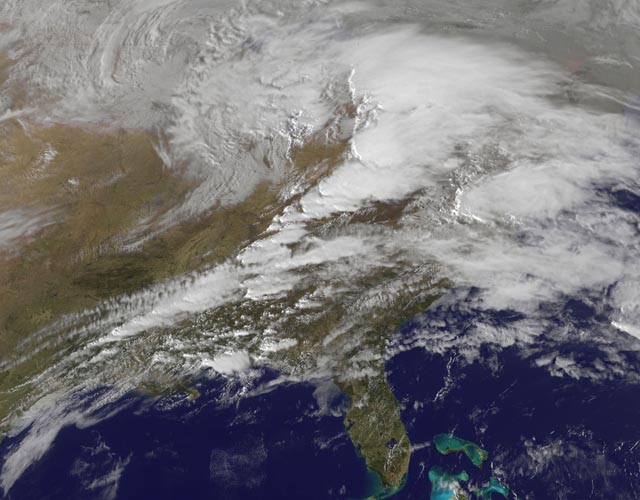 The most concentrated area of tornadoes stretched across the Ohio Valley, from southern Indiana and Ohio south into Kentucky. Rescue workers, including the National Guard, continued to dig through rubble and debris early on Saturday in an effort to locate more survivors.

In Indiana, the towns of Henryville and Marysville sustained direct hits from tornadoes during the early afternoon hours, leading to extensive damage.

The speed with which some of the storms moved was truly exceptional, thanks to jet stream winds of up to 115 mph (185 kmh)that pushed the thunderstorms forward at amazing speeds. A number of the tornadoes ripped through Kentucky with forward speeds of 70 mph, and two tornado warnings in Central Kentucky were issued for parent thunderstorms that moved at 85 mph. If damage surveys reveal that these thunderstorms did indeed spawn tornadoes, they will set the record for fastest-moving tornadoes in recorded history. The record for the fastest moving tornado is 73 mph, set in 1925 for the great Tri-State Tornado, the deadliest U.S. tornado of all-time.

Second largest tornado outbreak so early in the year?

NOAA’s Storm Prediction Center logged 81 preliminary tornado reports from yesterday’s outbreak as of noon today. These preliminary reports are typically over-counted by 15%, but more delayed reports will likely come in today, and the total number of tornadoes from the outbreak will probably be in the 80 to 90 range. This would put the March 2, 2012 in 2nd or 3rd place for the largest tornado outbreak so early in the year. The top five 2-day tornado outbreaks for so early in the year:

Though the 36 tornadoes that occurred during the February 28 – 29 Leap Day outbreak were part of a separate storm system, the 5-day tornado total from February 28 – March 3, 2012 may eclipse the late January 1999 tornado outbreak as the most prolific 5-day period of tornado activity on record for so early in the year. (www.worldweatherpost.com)

Here are just some of the stats from Friday, March 2nd, storms compiled by WeatherMatrix.AccuWeather.com:

March 2nd, 2012 will undoubtedly beat the single day March record for tornadoes (59), and may beat the average March number (74). 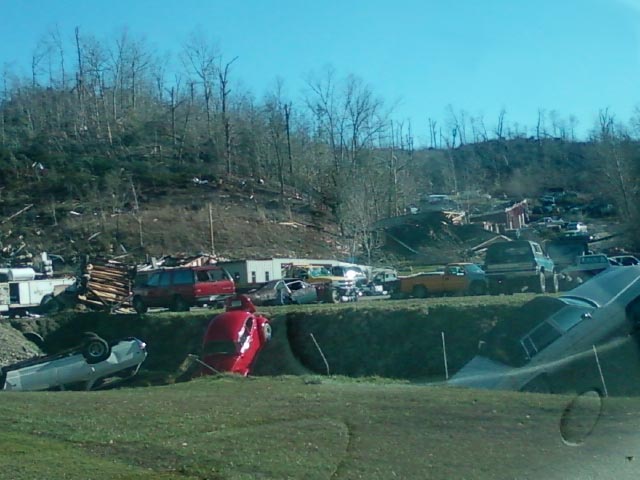 Driving through the March 2nd, 2012, storms in Chattanooga, TN