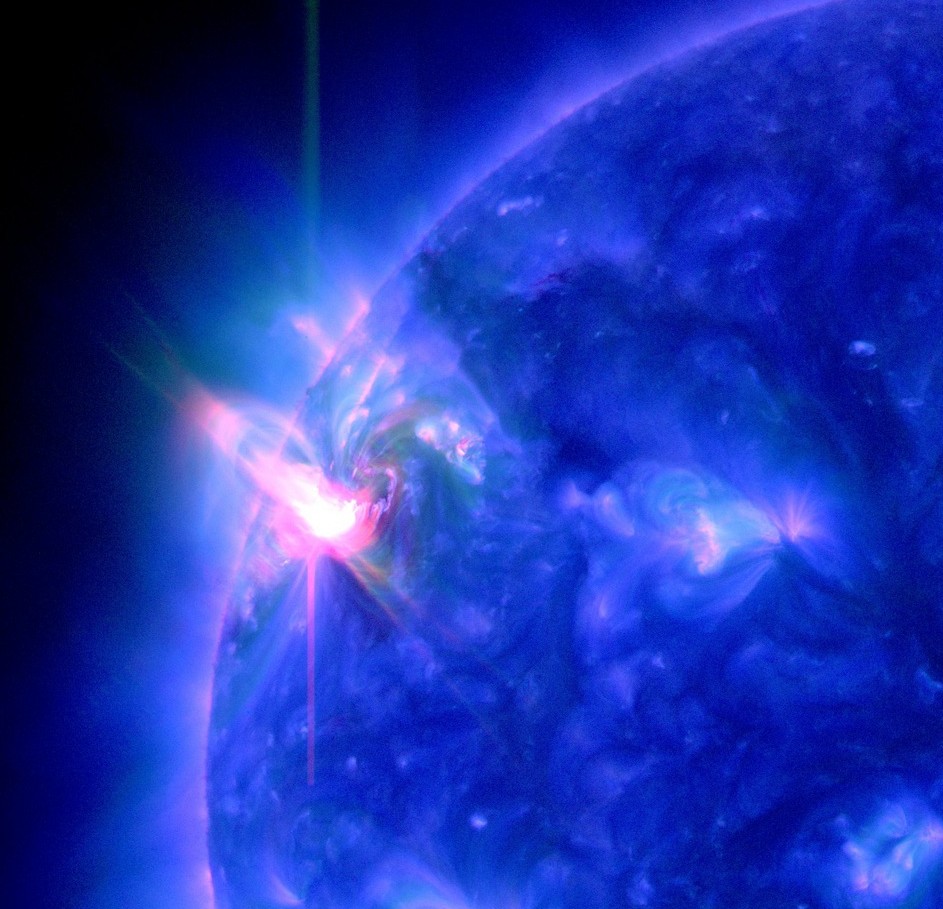 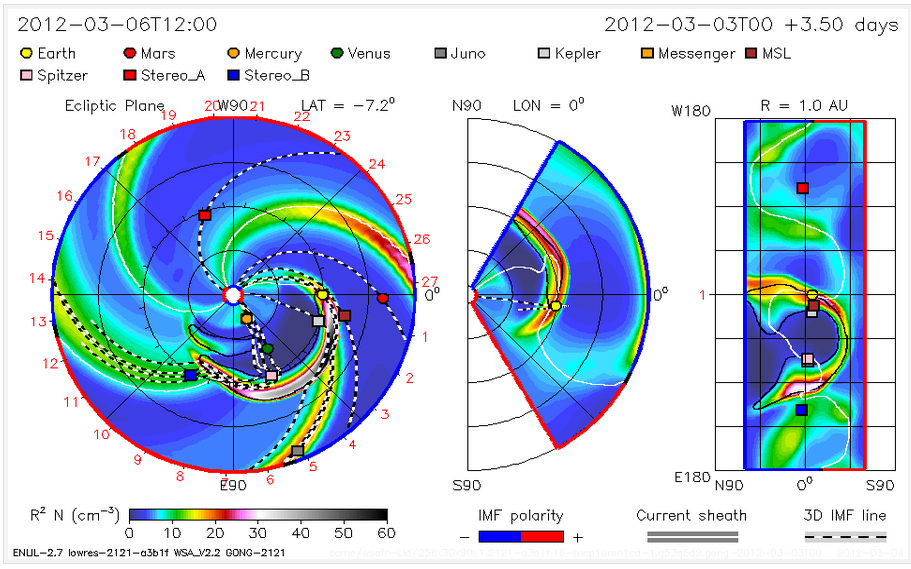 10cm Radio Burst (TenFlare) is associated with optical and x-ray flares. Solar flares emit radiation over a very wide range of frequencies. One of the more significant frequencies observed is the 10.7 cm wavelength band (2695 MHz). When a solar flare erupts, “noise” from the flare is received over this very wide range of frequencies. When the noise received on the 10.7 cm wavelength band surpasses 100% of the background noise level during a solar flare, a Tenflare is said to be in progress. The more intense solar flares are associated with tenflares. Almost all major flares are associated with tenflares. Generally, the greater the intensity of the burst of noise observed at the 10.7 cm wavelength band, the more significant the flare is said to be. The duration of the tenflare can also be used to determine the severity of the flare.

Solar activity continues at moderate levels. Region 1429 continues to rotate into a more geoeffective position, and the chances for Earth directed Coronal Mass Ejections will increase.  Another sunspot appears to be forming just to the west of 1429. Elsewhere, new Sunspot 1428 in the southern hemisphere is currently stable.

Sunspot 1429 continues to expand and now has a Beta-Gamma-Delta magnetic configuration, the most powerful kind of classification. There will be an increasing chance for an X-Class event.

Solar flares produce high energy particles and radiation that are dangerous to living organisms. However, at the surface of the Earth we are well protected from the effects of solar flares and other solar activity by the Earth’s magnetic field and atmosphere. The most dangerous emissions from flares are energetic charged particles (primarily high-energy protons) and electromagnetic radiation (primarily x-rays).

The x-rays from flares are stopped by our atmosphere well above the Earth’s surface. They do disturb the Earth’s ionosphere, however, which in turn disturbs some radio communications. Along with energetic ultraviolet radiation, they heat the Earth’s outer atmosphere, causing it to expand. This increases the drag on Earth-orbiting satellites, reducing their lifetime in orbit. Also, both intense radio emission from flares and these changes in the atmosphere can degrade the precision of Global Positioning System (GPS) measurements.

The energetic particles produced at the Sun in flares seldom reach the Earth. When they do, the Earth’s magnetic field prevents almost all of them from reaching the Earth’s surface. The small number of very high energy particles that does reach the surface does not significantly increase the level of radiation that we experience every day.

The most serious effects on human activity occur during major geomagnetic storms. It is now understood that the major geomagnetic storms are induced by coronal mass ejections (CMEs). Coronal mass ejections are usually associated with flares, but sometimes no flare is observed when they occur. Like flares, CMEs are more frequent during the active phase of the Sun’s approximately 11 year cycle. The last maximum in solar activity was in the year 2000. The next maximum is expected to occur in late 2011 or in 2012.

Coronal mass ejections are more likely to have a significant effect on our activities than flares because they carry more material into a larger volume of interplanetary space, increasing the likelihood that they will interact with the Earth. While a flare alone produces high-energy particles near the Sun, some of which escape into interplanetary space, a CME drives a shock wave which can continuously produce energetic particles as it propagates through interplanetary space. When a CME reaches the Earth, its impact disturbs the Earth’s magnetosphere, setting off a geomagnetic storm. A CME typically takes 3 to 5 days to reach the Earth after it leaves the Sun. Observing the ejection of CMEs from the Sun provides an early warning of geomagnetic storms. Only recently, with SOHO, has it been possible to continuously observe the emission of CMEs from the Sun and determine if they are aimed at the Earth.

Could a solar flare or CME be large enough to cause a nation-wide or planet-wide cataclysm? It is, of course, impossible to give a definitive answer to this question, but no such event is known to have occurred in the past and there is no evidence that the Sun could initiate such an event. (hesperia.gsfc.nasa.gov)