A CME hit Earth's magnetic field on Feb. 26th at 21:00 UTC. Brief outburst subsided before it reached geomagnetic storm levels. A geomagnetic sudden impulse was detected by the Boulder station at 21:41 UTC. Maximum levels of planetary Kp index was listed as 4, just below the G1 Minor Geomagnetic Storm threshold. 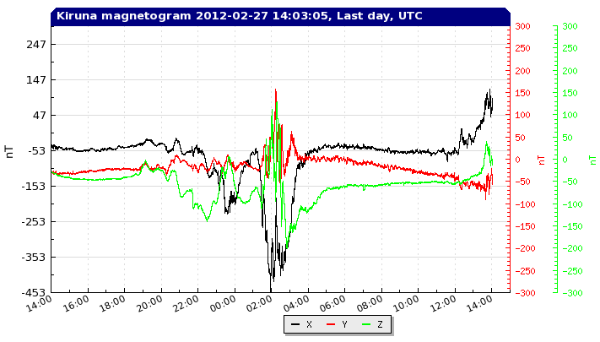 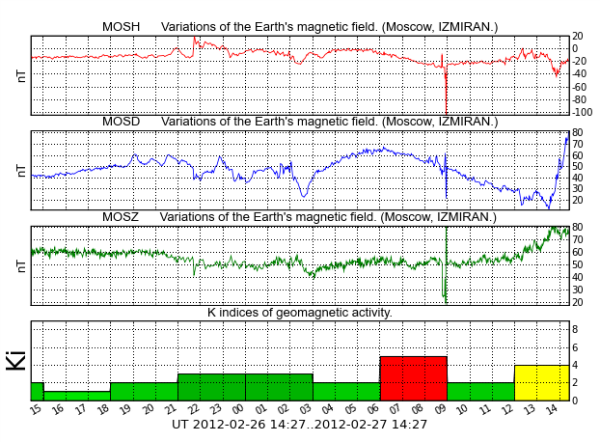 Although the impact was weak, it did spark some auroras around the Arctic Circle. Auroras were brightest over Scandinavia, Canada and Alaska. 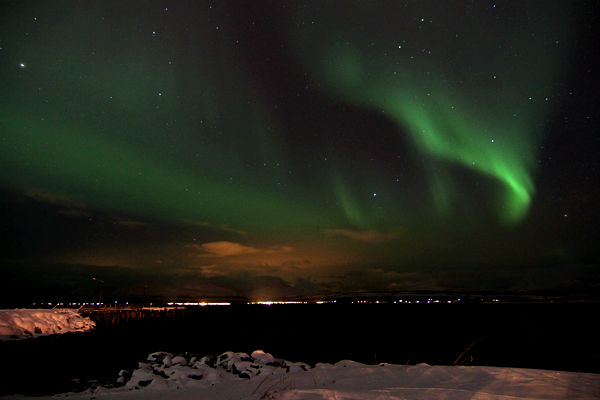 NASA's Mars rover Curiosity is en route to the Mars onboard the Mars Science Lab spacecraft and according to forecast track by analysts at the Goddard Space Weather Lab this CME is heading straight toward it. This could be great opportunity to measure energetic particles accelerated by the CME's passage. The CME is also forecasted to impact Mars on February 28th. 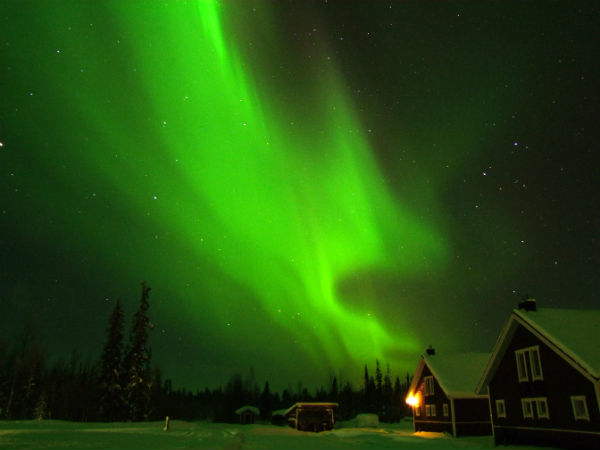