Very strong and extremely dangerous earthquake in Negros, Philippines – 40 killed and many missing due to landslides

First reports counted 40 people killed and many missing with 100 injured due to earthquake induced landslides. The death toll is expected to continue to rise.

Philippine seismologists briefly issued a tsunami alert for the central islands. Huge waves washed out five bamboo and wooden cottages at a beach resort in La Libertad, but there were no reports of injuries, said police Superintendent Ernesto Tagle. Elsewhere along the coast, people rushed out of schools, malls and offices.

Mayor Ernesto Reyes of Guihulngan City said, that 10 persons were reported to have died due to a landslide at the Guihulngan national road. Earlier, Reyes said that as many as 30 houses were also buried in the landslide.

Dozens of houses were destroyed and children were crushed to death when their school building collapsed.

Thousands of residents were trapped in their homes as a landslide hit the city of Guihulngan in Negros Oriental province.

Mayor Ernesto Reyes said: 'Their situation is bad because if you are covered by landslide for one hour, two hours, how can you breathe? But we just hope for the best, that there are still survivors.' He said rescuers were using picks and shovels to dig for survivors.

Officials in some areas suspended work and canceled classes. Power and telecommunications were knocked out in several places.

Tayasan police officer Alfred Vicente Silvosa told AP by phone that aftershocks were preventing people from returning to their homes.

"We are outside, at the town plaza. We cannot inspect buildings yet because it's dangerous," Silvosa said. "I felt the building shaking, so I rushed out of the building. Our computers, shelves, plates, the cupboards, water dispenser all fell." (PhilStar)

The earthquake was the strongest to be ever felt in Negros Oriental, according to several residents here. 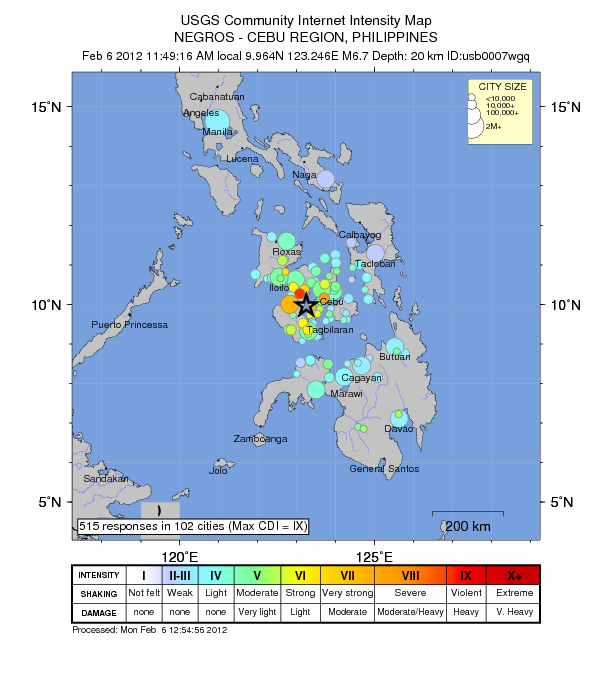 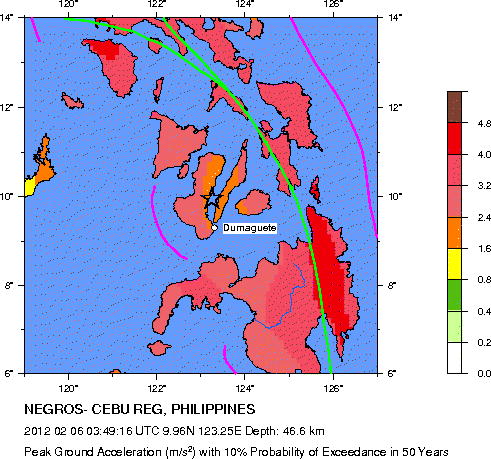 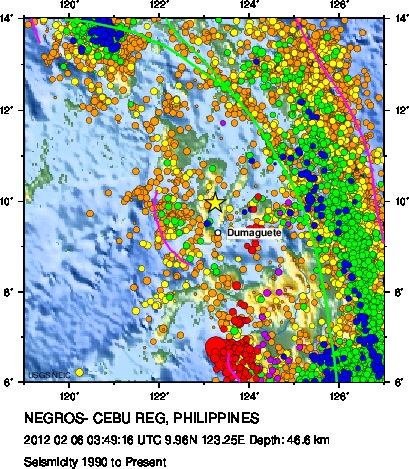 The Philippines is located in the Pacific Ring of Fire where earthquakes and volcanic activity are common. A 7.7-magnitude quake killed nearly 2,000 people in Luzon in 1990.