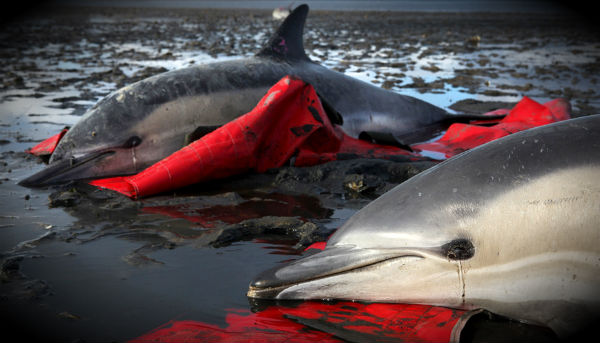 The largest stranding of a single species on record in the Northeast Region of the U.S. is taking place right now. As of today, 129 common and Atlantic white sided dolphins stranded on Cape Cod beaches. International Fund for Animal Welfare (IFAW) reported that with 92 dolphins dying in single largest stranding is the biggest event of that kind from 1999. Dolphins started to beaching on January 12 and the number of stranded dolphins reached the amount of one entire year records. The animal welfare advocates are perplexed by the current situation along the scenic shores south of Boston because it is one of the largest cases of dolphins stranding themselves in years.

The dolphins have swum ashore in five towns along the hook-shaped Cape Cod, concentrated in the town of Wellfleet. Researchers are investigating lots of factors that are capable to cause such events – like weather, tides, military sonars or other human-made sounds. There have been no severe winter storms: as in much of the north-east, the weather has been unusually warm for this time of year. Some researchers suggested the animals could have become confused by changes in water temperature or tides that led them into Cape Cod Bay, or by the irregular features of the coastline. 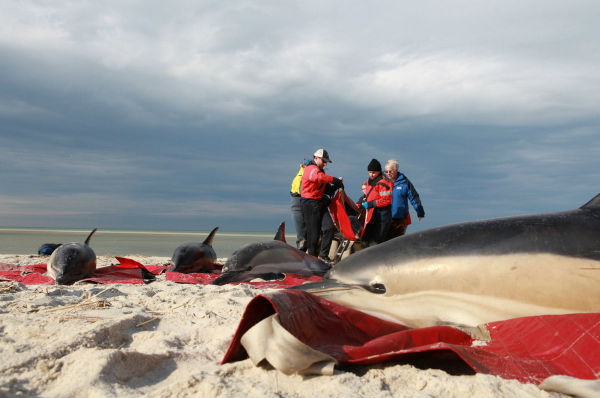 The dolphins are washing up along the rocky shoreline in groups of as many of 10. Dolphins are known to strand in groups due to their tight social structure. When they get into trouble, the dolphins stick together. Marine biologists that rescue the animals check for signs of stress and body condition, run blood analyses, hearing tests and tag the dolphins with an identifier before release. IFAW have performed nine full necropsies but have not found any pattern of disease or injury. IFAW has tagged several dolphins that survived with satellite tracking devices to see if they are leaving the area. So far at least, they have stayed in deeper waters. 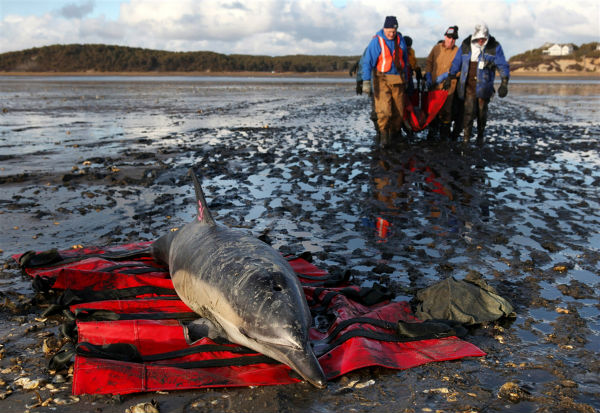 Satellite tracking data from the International Fund for Animal Welfare suggests the majority of dolphins rescued during recent mass stranding have survived their ordeal and are currently about 18 miles off the coast of Maine. IFAW rescuers placed temporary satellite tracking tags on six of the twenty four animals rescued and released since January 12.  Daily reports show some of these satellite tagged animals have travelled over 190 miles and appear to be utilizing known offshore habitats for this species. IFAW experts note they will monitor the animals for as long as the satellite tags continue to transmit and generally wait at least 21 days before considering the release a success.

The IFAW has six dedicated staff who respond to marine mammals and more than 300 rotating volunteers who monitor for stranded dolphins. Despite many groups being stranded, Boston.com reports the IFAW has helped more than 300 dolphins swim out of Wellfleet harbor Researchers are still trying to determine what brings the dolphins to Cape Cod Bay each year from January to April and why so many have been stranded this year.