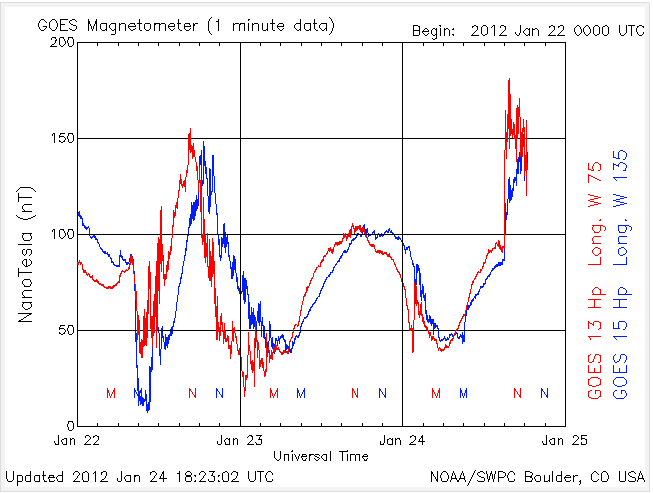 CME Impact is here! By SWPC this is now the largest solar radiation storm since october 2003!

The ACE Spacecraft chart showed a sharp change in the Bz data, just after 14:30 UTC. SWPC forecasters said they are expecting this CME to arrive here at Earth about 30 minutes later. This refers to the relationship between the Suns magnetic field (Interplanetary Magnetic Field (IMF) and Earths magnetic field (Magnetosphere).

A geomagnetic sudden impulse of 22 nT was detected at 15:04 UTC, and the Kiruna, Sweden magnetometer data below captures a rapid fluxuation at ground level. The solar wind data is still not available since the Proton Storm began. Geomagnetic Storm conditions will be possible in the hours ahead.

A G1-Geomagnetic Storm warning has been issued until 01:00 UTC on 25 January.

As of 19:27 UTC Geomagnetic K-Index of 6 is expected, G2 – Geomagnetic Storm warning in effect.  S3 – Solar Radiation Storm  in Progress. 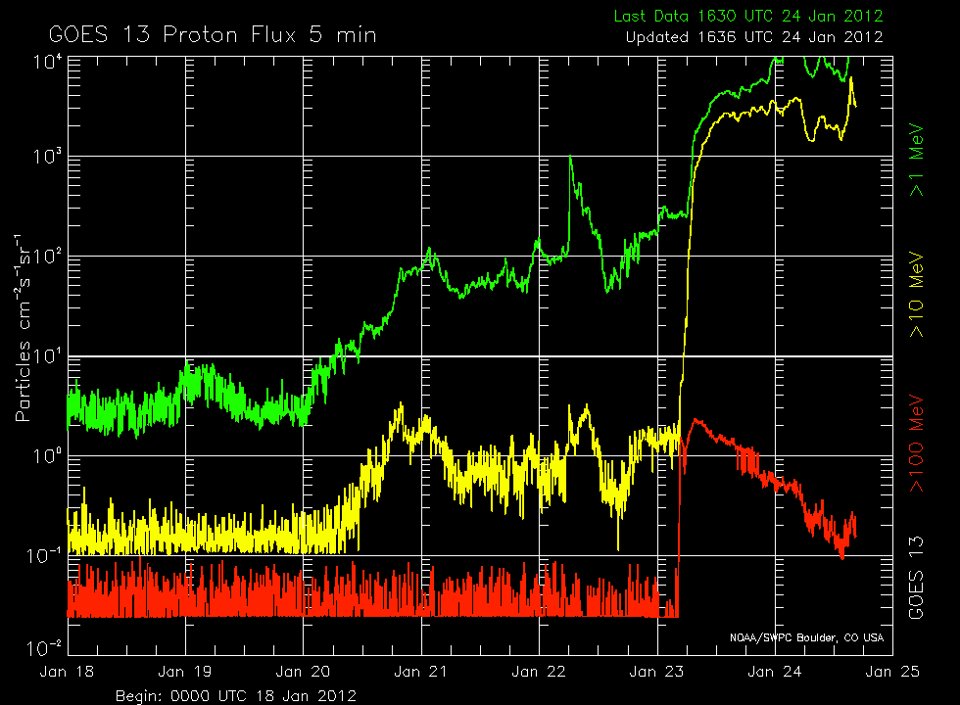 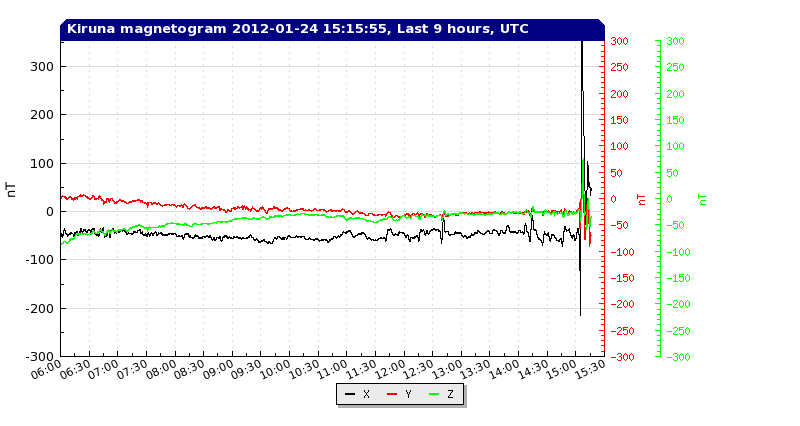 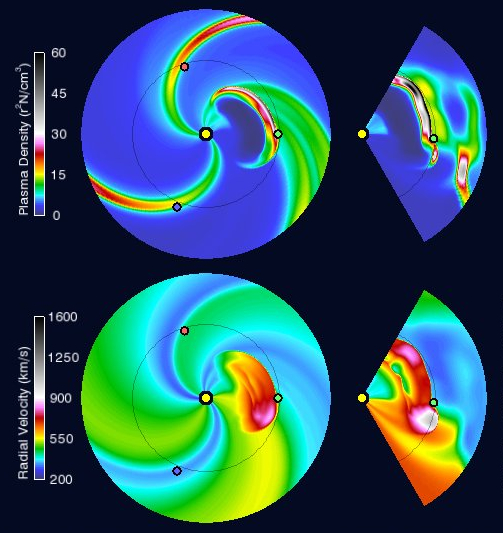 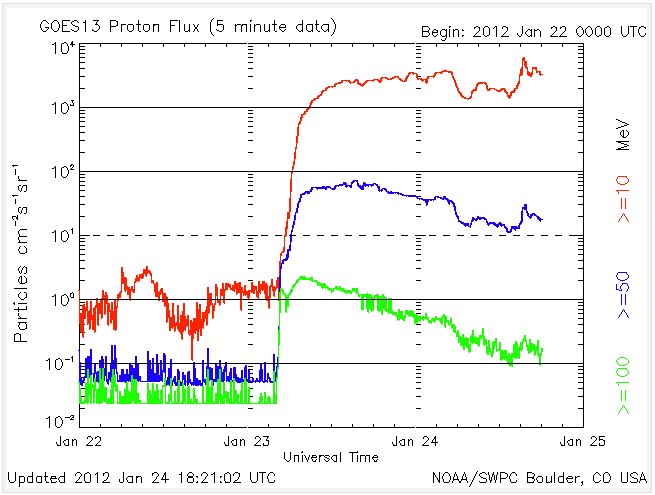 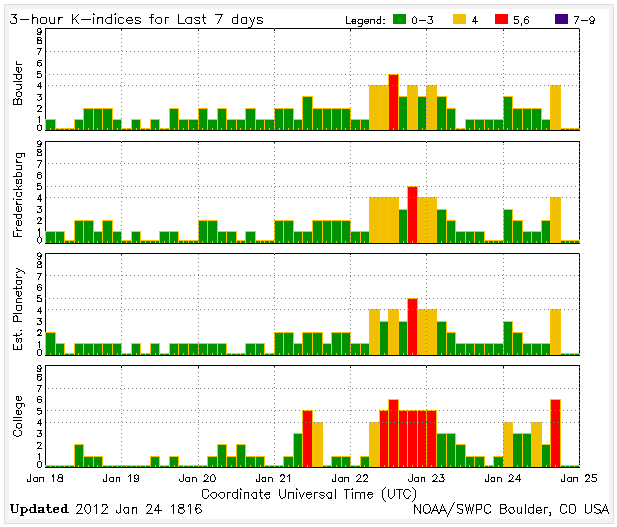 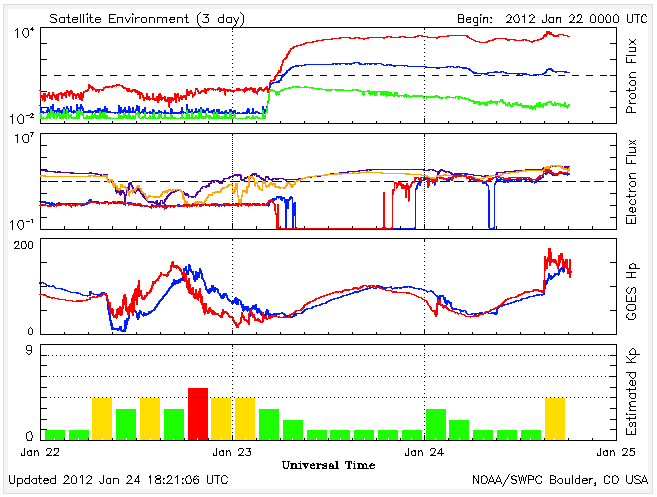 Expect geomagnetic storms (G1 and possible G2) in the next hour and to continue at least till the end of the day today.

High-latitude sky watchers should be alert for auroras after local nightfall; the hours around local midnight are often best for seeing the Northern Lights.  Chances for a good display favor observers in northern Europe, Greenland, Iceland, Canada, Alaska, and possibly northern tier US states such as Maine, Wisconsin and Minnesota. 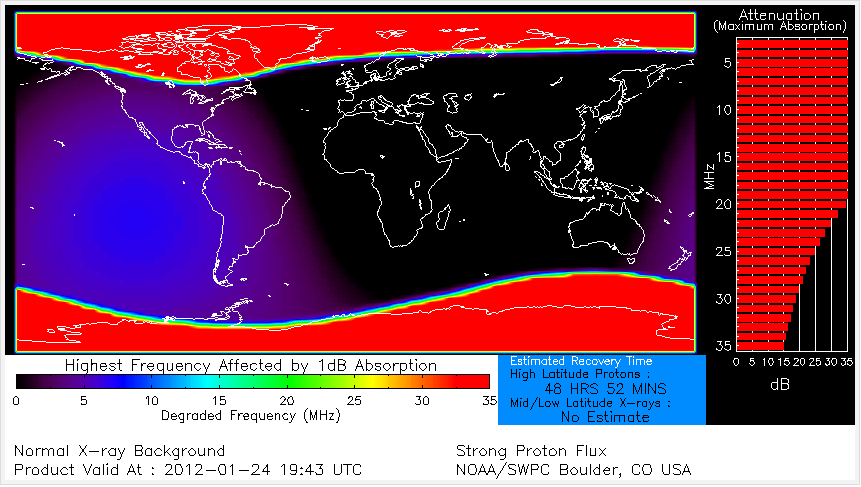