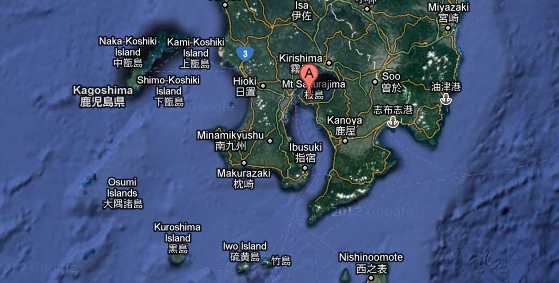 Japanese volcano in Sakurajima, one of Japan’s most active volcanoes, is becoming increasingly active. On Jan, 22 2012 by 20:44, it erupted for the 142 times of this month, which broke the historical record of September of 2011 (141 times). Last year it erupted for 996 times. Since 2009, the eruption has become frequent more and more. The crater is at 800m point.

A pyroclastic flow (also known scientifically as a pyroclastic density current) is a fast-moving current of superheated gas (which can reach temperatures of about 1,000 °C (1,830 °F)) and rock (collectively known as tephra), which reaches speeds moving away from a volcano of up to 700 km/h (450 mph). The flows normally hug the ground and travel downhill, or spread laterally under gravity. Their speed depends upon the density of the current, the volcanic output rate, and the gradient of the slope. They are a common and devastating result of certain explosive volcanic eruptions. 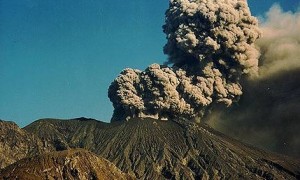 Sakurajima, a stratovolcano on the the island of Kyushu, is one of the most active volcanoes on Earth. Since it’s first recorded eruption in A.D. 708, Sakurajima has been in nearly constant eruption. Most eruptions are Stombolian in character and effect only the summit of the volcano. However, deaths were caused by pyroclastic flows, tsunami, lava, and tephra during large eruptions in 1471-1476, 1779, and 1781. Earthquakes prior to the large eruption in 1914 did cause numerous deaths but provided warning of the impending eruption and the volcano was evacuated. The current eruptive activity began in 1955.