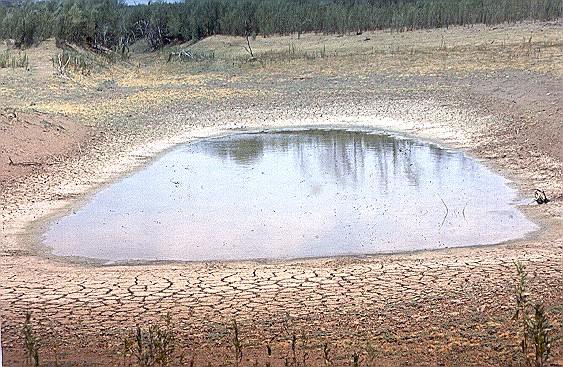 The record-breaking drought in Texas that has fueled wildfires, decimated crops, and forced the sale of cattle herds has also reduced levels of groundwater to the lowest levels observed in more than 63 years. Groundwater is moisture trapped in pores in the soil and in underground gaps in rock, often known as aquifers.

At the end of November 2011, groundwater supplies were extremely depleted in more than half of Texas, as well as parts of New Mexico, Louisiana, Alabama, and Georgia. The northeastern states and the High Plains appear saturated with water heading into winter months.

The map below depicts the amount of Texas groundwater stored underground in the continental United States on November 28, 2011, as compared to the long-term average from 1948 to 2011. Deep reds reveal the most depletion, with deep blues representing aquifers and soils that are nearly full. The maroon shading over eastern Texas, for example, shows that the ground has been this dry less than two percent of the time between 1948 and the present. 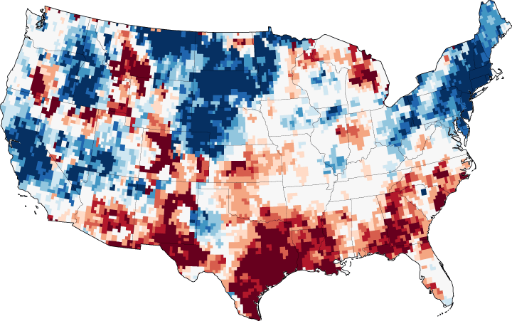 “Texas groundwater will take months or longer to recharge,” said Matt Rodell, a hydrologist based at NASA’s Goddard Space Flight Center, who worked together with partners at the National Drought Mitigation Center at the University of Nebraska-Lincoln. “Even if we have a major rainfall event, most of the water runs off. It takes a longer period of sustained, greater-than-average precipitation to recharge aquifers significantly.”

The map is based on data from the twin satellites of the Gravity Recovery and Climate Experiment (GRACE), which detects small changes in Earth’s gravity field that are caused by the redistribution of water on and beneath the land surface.

Scientists used a sophisticated computer model that combines measurements of water storage observed by GRACE with a long-term meteorological data set to generate a continuous record of soil moisture and groundwater stretching back to 1948. (GRACE has been recording data back to 2002). The meteorological data include precipitation, temperature, solar radiation and other ground- and space-based measurements.

“These maps would be impossible to generate using only ground-based observations,” said Rodell. “There are groundwater wells all around the United States and the U.S. Geological Survey does keep records from some of those wells, but it’s not spatially continuous and there are some big gaps.”

The GRACE mission is a partnership between NASA and the Deutsche Forschungsanstalt für Luft und Raumfahrt (DLR) in Germany. The paired satellites travel about 137 miles (220 km) apart and record small changes in the distance separating them as they encounter variations in Earth’s gravitational field. (EarthObservatory)

List of Texas PWSs Limiting Water Use to Avoid Shortages 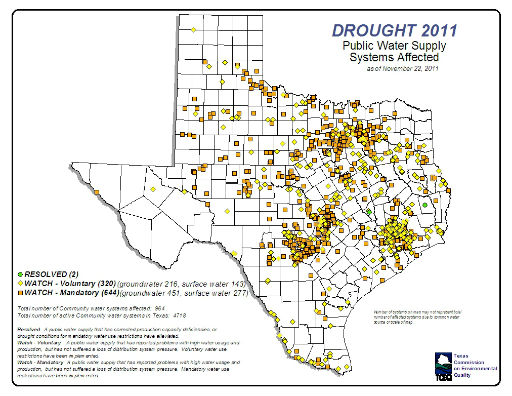 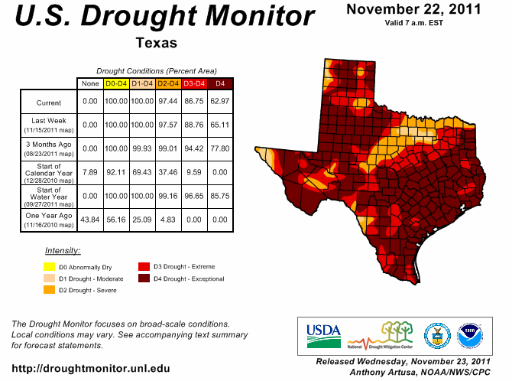