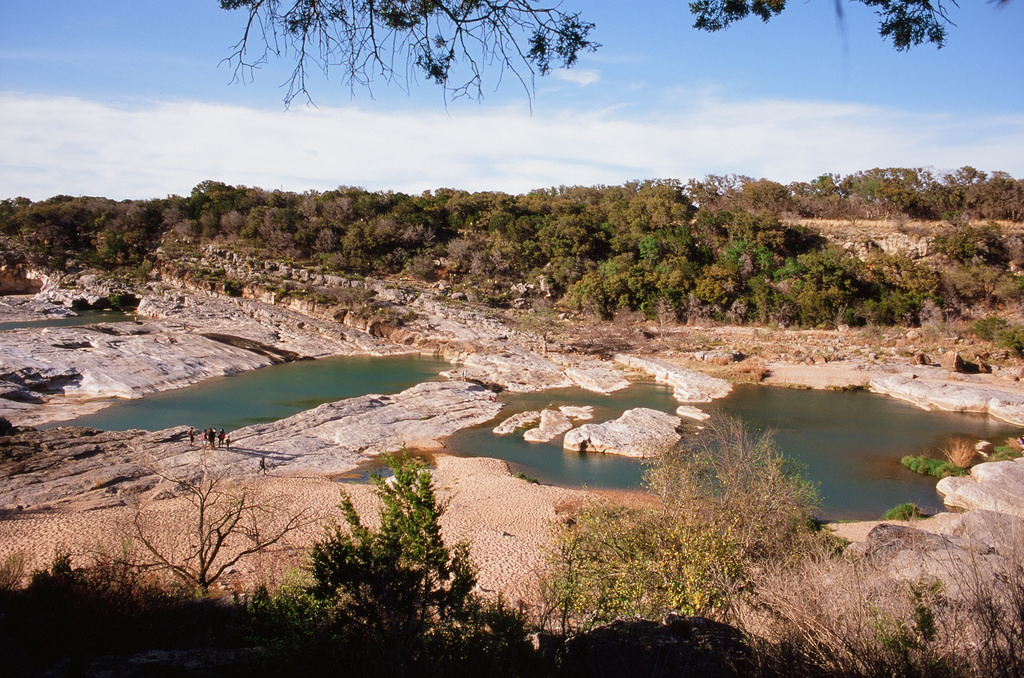 The State of Texas is growing thirstier with each and every passing day, as drought conditions continue to dry up the land. According to a new drought report from the Texas Water Development Board, the Lone Star State is now experiencing "worse" drought conditions in over two-thirds of the Texas territory. Emergency preparations are already being considered, including ocean water desalination efforts.

A four-month dry period lasting from December through March has plagued most of the state. Climatologists have even mentioned that Dust Bowl-like conditions may be on the horizon if spring doesn't bring much-needed rain. Reports from Knox County indicate dusty conditions; cotton producers are preparing their planting beds in between dust storms, according to local reports. West of Knox in Lubbock County, sustained high winds with gusts over 50 mph were measured on March 18, as the dry soils billowed up and gained steam in the wind gusts.

The average price of water in some areas of Texas is 25 cents per 1,000 gallons, but that price could be on its way up if the rains don't come. State officials are beginning to consider using ocean water from the Gulf of Mexico to help curb the drought. In fact, state officials are beginning to discuss new projects allowing for the desalination of ocean water as an emergency water source. This would require new plants to be constructed that use reverse osmosis technology. In desalination, water is pushed through a special membrane that forces minerals, ions and salt to be separated from the water. Experts in the field believe this expensive procedure could increase water prices by 12 to 24 times their average price. New prices may reach up to $6 per 1,000 gallons of water! Texas already has 40 desalination plants in place, which are currently in use for filtering the state's 2.7 billion acre-foot deposits of brackish water.

"We have enjoyed extremely inexpensive water, or close to free water for a very long time," said Kyle Frazier, executive director at the Texas desalination association. "Those days are going, especially in this state."

Reservoirs losing hundreds of thousands of acre-feet of water

Four months ago, the report showed 46 percent of Texas affected by moderate to worse drought conditions. Today, it's 67 percent and counting. The hardest hit are those living in the northern and northeastern portions of the state, where rainfall amounts are 50 percent below normal. Reservoirs in the state are drying up at unprecedented levels. A year ago, at the end of March, the reservoirs contained 472,740 acre-feet more than they do today. If the drought continues steadily, entire reservoirs could dry up. Check out these pictures of the drought conditions, including dried up reservoirs.