Atrazine is the second-most widely used herbicide in the U.S. More than 75 million pounds of it are applied to corn and other crops, and it is the most commonly detected pesticide contaminant of groundwater, surface water and rain in the U.S. The new review is compiled by 22 scientists studying atrazine in North and South America, Europe and Japan. An international team of researchers has reviewed the evidence linking exposure to atrazine – an herbicide widely used in the U.S. and more than 60 other nations – to reproductive problems in animals. The new review describes the disruptions of hormone function and sexual development reported in studies of mammals, frogs, fish, reptiles and human cells exposed to the herbicide.

Atrazine use is controversial due to widespread contamination in drinking water and its associations with birth defects and menstrual problems when consumed by humans at concentrations below government standards. Atrazine was banned in the European Union (EU) in 2004 because of its persistent groundwater contamination. In the US however, atrazine is one of the most widely used herbicides, with 76 million pounds of it applied each year, in spite of the restriction that used to be imposed. Its endocrine disruptor effects, possible carcinogenic effect, and epidemiological connection to low sperm levels in men has led several researchers to call for banning it in the US. 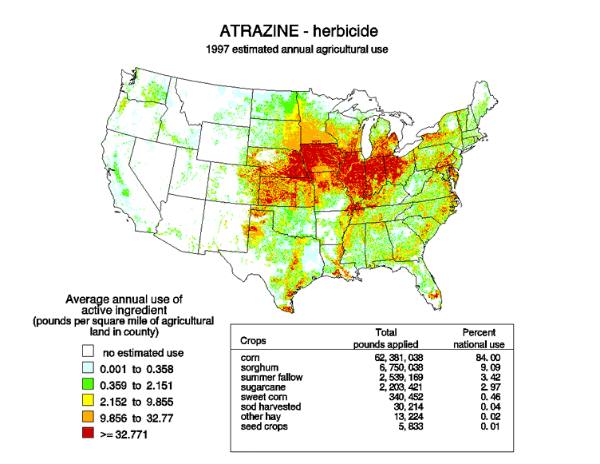 In 2010 the Australian Pesticides and Veterinary Medicines Authority (APVMA), found the chemical safe to use. A 2010 study conducted by the U.S. Geological Survey observed substantial adverse reproductive effects on fish from atrazine exposure at concentrations below the US-EPA water-quality guideline. Tyrone Hayes, Department of Integrative Biology, University of California, notes that all of the studies that failed to conclude that atrazine caused hermaphroditism were plagued by poor experimental controls and were funded by Syngenta, one of the companies that produce the chemical.  The U.S. Environmental Protection Agency (EPA) and its independent Scientific Advisory Panel (SAP) examined all available studies on this topic — including Hayes’ work — and concluded that there are “currently insufficient data” to determine if atrazine affects amphibian development. Hayes, formerly part of the SAP panel, resigned in 2000 to continue studies independently.

The team found consistent patterns of reproductive dysfunction in amphibians, fish, reptiles and mammals exposed to the chemical. The researchers looked at studies linking atrazine exposure to abnormal androgen (male hormone) levels in fish, amphibians, reptiles and mammals and studies that found a common association between exposure to the herbicide and the “feminization” of male gonads in many animals. The most robust findings are in amphibians. At least 10 studies found that exposure to atrazine feminizes male frogs, sometimes to the point of sex reversal. Male frogs exposed to atrazine in the wild were more likely to have both male and female gonadal tissue than frogs living in an atrazine-free environment. A 2010 study found that atrazine rendered 75 percent of male frogs sterile and turned one in 10 into females.

In a 2010 study, Tyrone Hayes, a professor of integrative biology at the University of California at Berkeley and lead author of the review, reported in the Proceedings of the National Academy of Sciences that atrazine exposure in frogs was associated with “genetic males becoming females and functioning as females.” And this is not at extremely high concentrations but usual concentrations that are found in the environment. 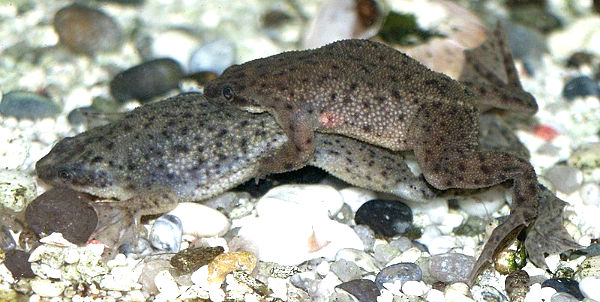 Atrazine works through a number of different mechanisms. The studies found that atrazine exposure can change the expression of genes involved in hormone signaling, interfere with metamorphosis, inhibit key enzymes that control estrogen and androgen production, skew the sex ratio of wild and laboratory animals (toward female) and otherwise disrupt the normal reproductive development and functioning of males and females.

The review also consolidates the evidence that atrazine undermines immune function in a variety of animals, in part by increasing cortisol. It’s been shown that it increases production of (the stress hormone) cortisol. Atrazine inhibits key enzymes in steroid hormone production while increasing others. It’s been shown that it somehow prevents androgen from binding to its receptor.

“I hope this will stimulate policymakers to look at the totality of the data and ask very broad questions. Do we want this stuff in our environment? Do we want – knowing what we know – our children to drink this stuff? I would think the answer would be no.”  professor Val Beasley, University of Illinois comparative biosciences , a co-author of the review

There also are studies that show no effects – or different effects – in animals exposed to atrazine. But the studies are not all the same. There are different species, different times of exposure, different stages of development and different strains within a species. But the evidence that atrazine harms animals, particularly amphibians and other creatures that encounter it in the water, is compelling. (TerraDaily) 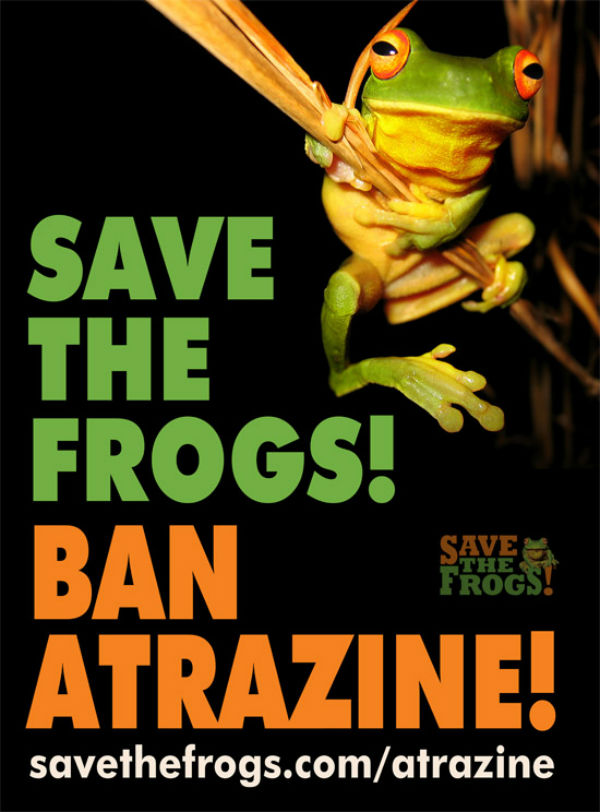 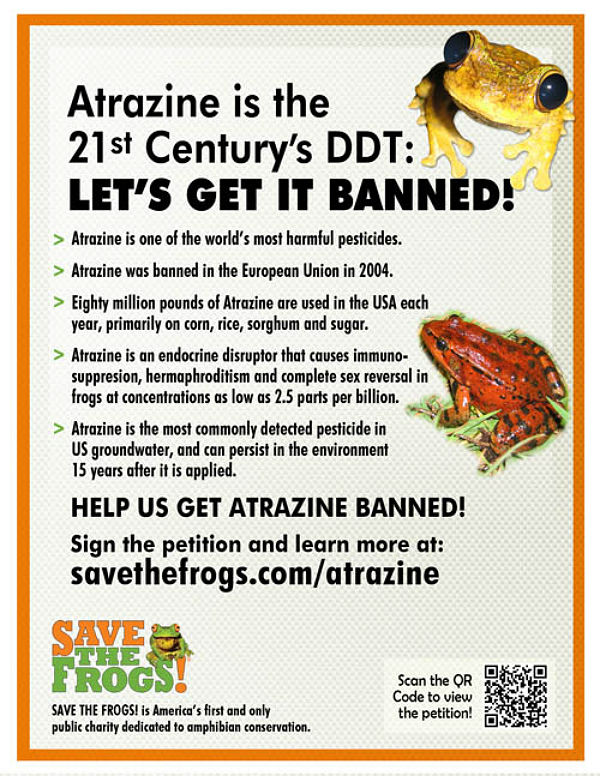