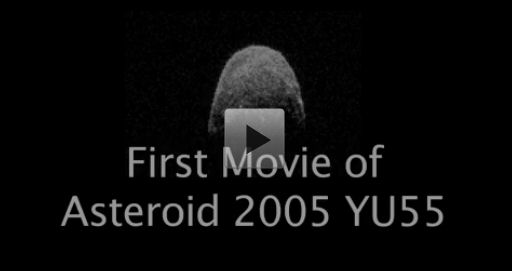 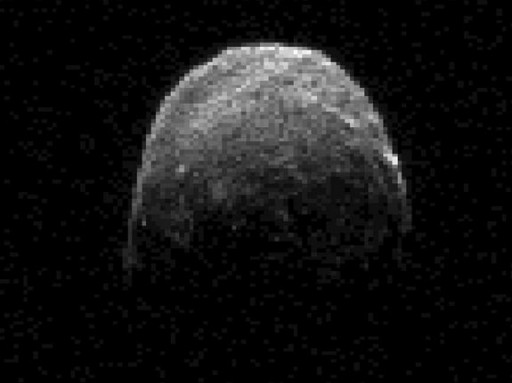 Scientists working with the 70-meter Deep Space Network antenna at Goldstone, California, have generated a short movie clip of asteroid 2005 YU55, which passed through the Earth-Moon system on Nov. 8th. These are the highest-resolution radar images ever obtained for a near-Earth object:

Another video of Asteroid 2005 YU55 captured at the Starhoo Observatory uploaded by starhoox1:

Space.com posted a multiple view look of the fly-by of the asteroid, includes a close-up of the space rock entering moon-earth orbit and an aircraft carrier scale comparison. (Credit: ANALYTICAL GRAPHICS, INC.)

The Clay Center Observatory in Brookline, Mass., tracked 2005 YU55 with its 25-inch (64-centimeter) telescope as the big space rock flew by Earth Tuesday evening, then webcast the resulting images live around the world. And three high school kids from Brookline's Dexter School were in charge of making it happen. 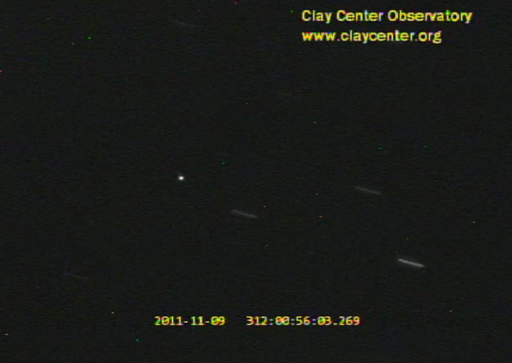 The Clay Center's live video feed brought 2005 YU55 down to Earth for thousands of armchair astronomers, showing the space rock as a bright white dot. Stars appeared to streak past it, a result of the telescope locking onto and following the fast-moving asteroid. 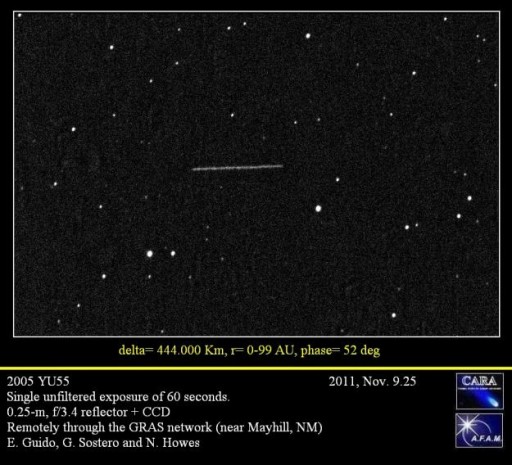 Image above is taken remotely using the the GRAS Observatory near Mayhill, New Mexico USA with a 0.25-meter telescope, f/3.4 reflector and a CCD camera. The trio said that at the moment of their observing session the asteroid was moving at about 260.07″/min and it was at magnitude ~11. You can see more images and details on their Remanzacco Observatory website.

Paolo Bacci from Libbiano Peccioli Observatory in Italy sent us his animations and images. 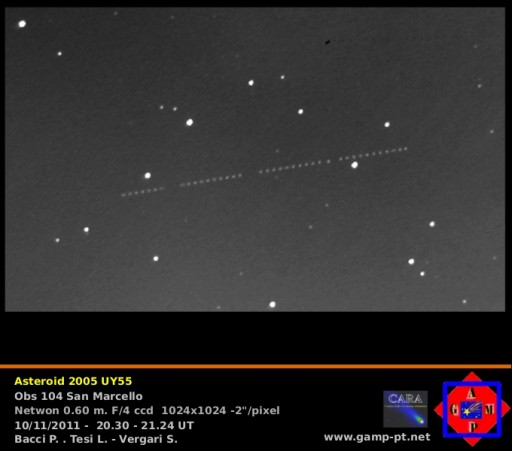 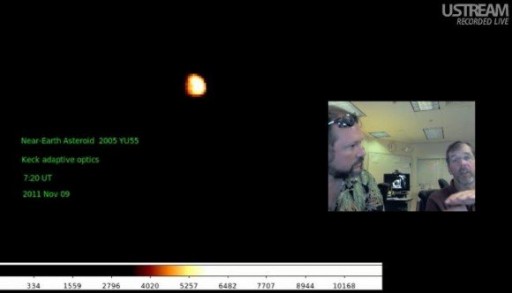 The Keck Observatory hosted a live webcast of their observations of the asteroid, hoping to get infrared images and perhaps a three-dimensional view of the asteroid with one of the world’s largest optical/infrared telescopes. They also hoped to be able to look for moons around the asteroid, as about 20% of asteroids have “moons” orbiting them. Battling delays from fog at the summit of Mauna Kea, they team had to wait until conditions cleared, which unfortunately meant the asteroid was farther away when they were able to take a one-second infrared observation.

This video above is from Jason Ware from Plano, Texas USA who observed Asteroid 2005 YU55 with a 12 inch telescope to create the video. 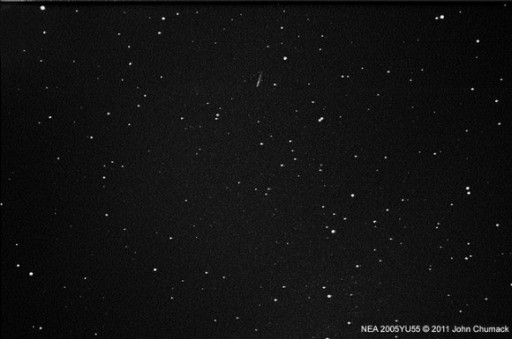 This video was taken by Steven Conard at the Willow Oak Observatory in Gamber, Maryland USA, with observations on November 9, 11 with the WOO C-14 telescope. This one has a special bonus–a satellite passes through the field as well. 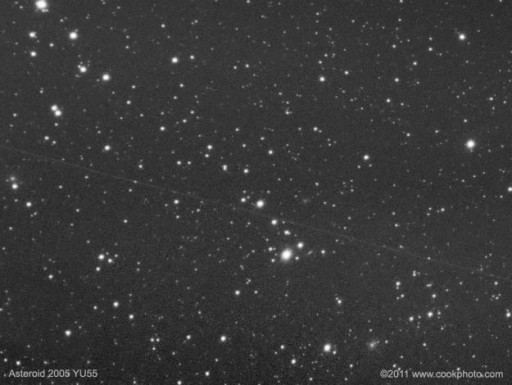