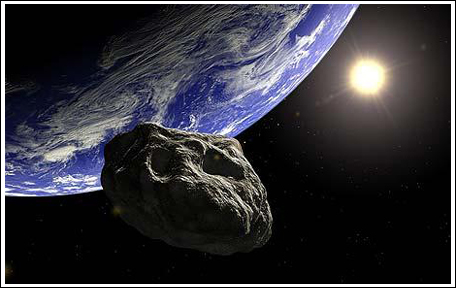 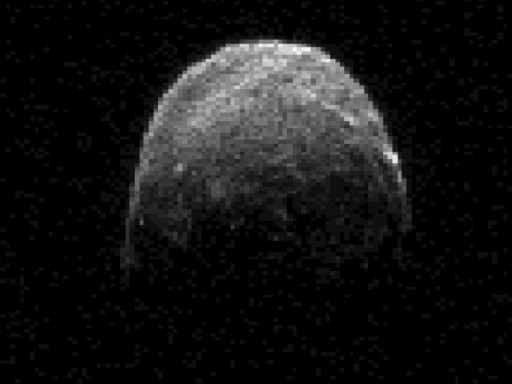 NASA’s Deep Space Network antenna in Goldstone, California has captured new radar images of Asteroid 2005 YU55 as it begins its close pass by Earth (image above). The quality of image is not great – better images should be available as the asteroid gets closer. 2005 YU55 is a carbonaceous chondrite asteroid that is relatively dark and contains carbon so it is quite difficult to spot it.

Goldstone’s 70-meter (230 foot-wide) antenna has been keeping an eye on it since Nov. 4, and the Arecibo Planetary Radar Facility in Puerto Rico should begin observations today on Nov. 8, as the asteroid will make its closest approach to Earth at 23:28 UTC (6:28 p.m. EST/3:28 p.m. PST). There is a movie released on Space.com where you can understand how radio telescope probe space rocks. Unlike conventional astronomy – which records information originating in space – radar astronomy sends energy from Earth to the body it is studying, and records the changes after it returns.

At the point of closest approach, it will be no closer than 201,700 miles (324,600 kilometers) as measured from the center of Earth, or about 0.85 times the distance from the moon to Earth. The asteroid will be brightest in the sky a few hours after its closest approach and should be visible with telescope if it has an aperture of at least 6 to 8 inches. 2005 YU55 will move quickly, covering about 70 degrees of sky in just 10 hours or so, according to Sky & Telescope.

The coordinates of 2005 YU55 can be looked up at JPL’s Solar System Dynamics website.

The Slooh telescope will be hosting a live webcast of the flyby on Nov. 8, 2011. Find out more at the Slooh Events page.