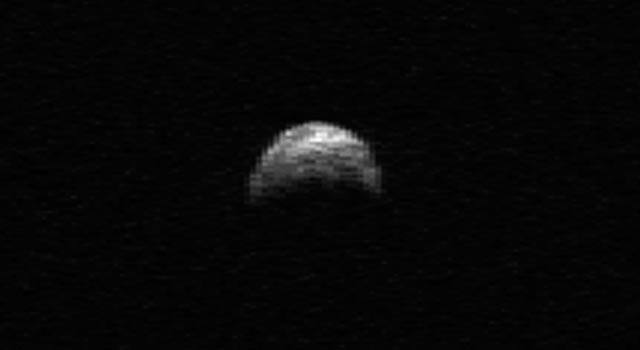 Ok, people. We survived flyby of most popular "doomsday" Comet Elenin, now we facing another potential threat. Scientists assure us that we have nothing to worry about. Asteroid 2005 YU55 is the third close fly-by of a large asteroid to the Earth this year. Anyhow, here we collected some facts and figures released by now by various institutes, research labs and observatories.

NOTE: This page will update daily so make sure to come back for new informations as the space rock comes closer

This giant asteroid called YU55 found by Robert McMillan, head of the Nasa-funded Spacewatch Program at the University of Arizona, Tucson since December 2005. It orbits the sun once every 14 year but it is not close to the Earth for at least a decade.

First, it is important that we define measure units for better understanding: 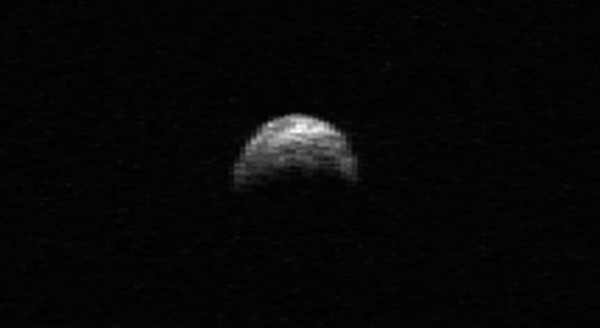 Here you can take a look at physical parameter table:

It said that the asteroid is 400 meters in diameter with lightness magnitude of 22. It is slowly spinning, with a rotation period of about 18 hours.

The closest approach occurs just before the date boundary between Nov. 8-9, when 2005 YU55 will move up to 8.6 degrees during the hour between Nov. 8 23:00 – Nov. 9 00:00 UTC. To place that in perspective, the angular width of the Moon is about 0.5 degrees, so YU55 will move 17 lunar diameters per hour or about 0.3 lunar diameters per minute. Motion this rapid will easily be observable in small telescopes with apertures of roughly 15 cm and larger (at this time the asteroid should reach 11th or 12 magnitude). 2005 YU55 will approach Earth from the direction of the Sun, so it won't be visible at night until November 8. Afterward, it will move directly away from Earth, approximately 180 degrees from its approach trajectory. Radar observations provide their own illumination, so both Goldstone and Arecibo will be able to observe the asteroid during the day prior to Nov. 9.

But given that this is close in astronomical terms, astronomers will be observing it carefully. Amateur astronomers who want to get a glimpse at YU55 will need a telescope with an aperture of 6 inches (15 centimeters) or larger. 320,000 km is 3/4 of the way to the Moon, and this asteroid is small and very dark. Observing it will be tough, but you can get more info on how to do it at the Minor Planet site and on The Minor Planet Bulletin.

During the close flyby, scientists will use the massive 70-meter Deep Space Network antenna to study the asteroid. The 70-meter (230-foot) diameter antenna is the largest, and therefore most sensitive, DSN antenna, and is capabile of tracking a spacecraft travelling more than 16 billion kilometers (10 billion miles) from Earth.

A live broadcast and chat from NASA’s Jet Propulsion Laboratory, Pasadena, Calif., will allow viewers to ask questions of scientists with NASA’s Near-Earth Object Program Office about asteroid YU55, and find out how NASA discovers, tracks and characterizes asteroids and comets.

Tracking of the aircraft carrier-sized asteroid will begin at 9:30 a.m. local time (PDT) on Nov. 4, using the massive 70-meter (230-foot) Deep Space Network antenna, and last for about two hours. The asteroid will continue to be tracked by Goldstone for at least four hours each day from Nov. 6 through Nov. 10. Radar observations from the Arecibo Planetary Radar Facility in Puerto Rico will begin on Nov. 8, the same day the asteroid will make its closest approach to Earth at 3:28 p.m. PST.

During tracking, scientists will use the Goldstone and Arecibo antennas to bounce radio waves off the space rock. Radar echoes returned from 2005 YU55 will be collected and analyzed. NASA scientists hope to obtain images of the asteroid from Goldstone as fine as about 7 feet (2 meters) per pixel. This should reveal a wealth of detail about the asteroid’s surface features, shape, dimensions and other physical properties.

NASA detects, tracks and characterizes asteroids and comets passing close to Earth using both ground- and space-based telescopes. The Near-Earth Object Observations Program, commonly called "Spaceguard," discovers these objects, characterizes a subset of them, and plots their orbits to determine if any could be potentially hazardous to our planet.

Other close approaches around Nov 8 2011

Here are some close approaches of NEO's released by NASA's Near Earth Object Program few days before and after YU55 flyby: