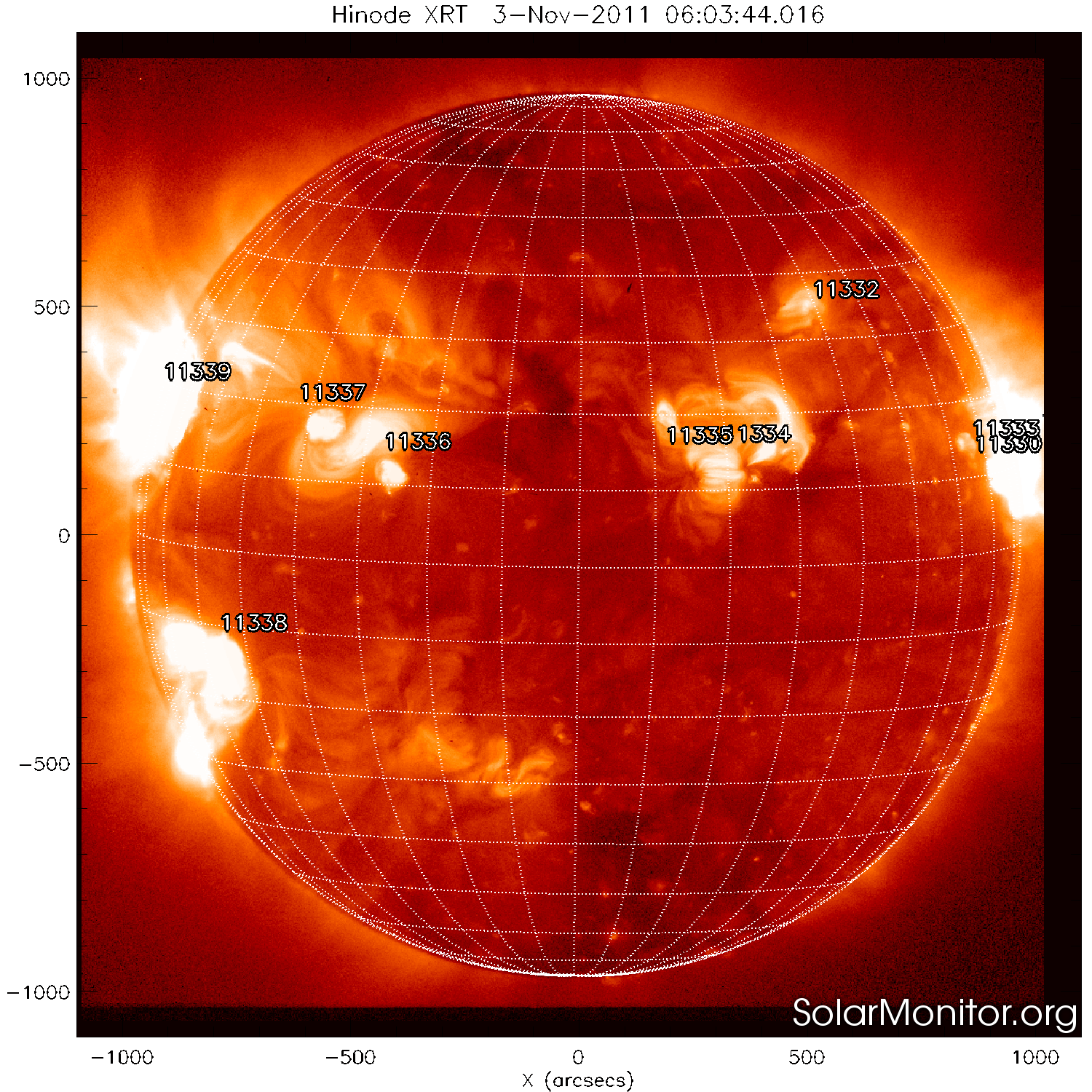 NOAA forecasters have upgraded the chance of X-class solar flares today to 20%. The source would be AR1339, one of the biggest sunspots in many years. The active region rotated over the sun’s eastern limb two days ago and now it is turning toward Earth.

The sunspot has already unleashed one X-flare on Nov. 3rd around 20:27 UT. The flare created waves of ionization in Earth’s upper atmosphere, altering the normal propagation of radio waves over Europe and the Americas. In Ireland, the flare’s effect was felt even after dark.

A cloud of plasma or “CME” raced away from the blast site at 1100 km/s. The CME is not heading for Earth. It is, however, heading for Mercury and Venus. Click on the arrow to view a movie of the CME’s forecast track: 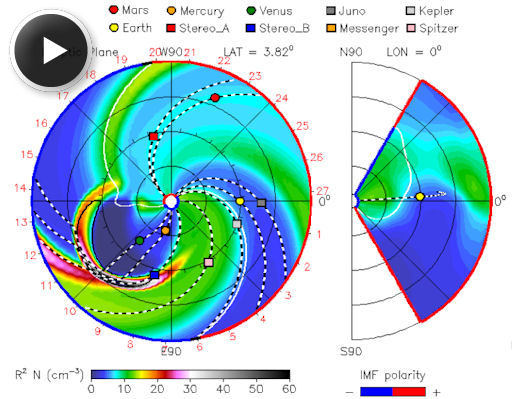 Analysts at the Goddard Space Weather Lab say the CME will hit Mercury on Nov. 4th around 16:14 UT. NASA’s MESSENGER probe in orbit around Mercury will be monitoring the effects of the impact. If the CME overwhelms Mercury’s relatively weak magnetic field, it could scour material off the planet’s surface creating a temporary atmosphere and adding material to Mercury’s comet-like tail. The CME should hit Venus on Nov. 5th; the gossamer cloud will probably break harmlessly against the top of planet’s ultra-dense atmosphere. (SpaceWeather)

Sunspot 1339 produced a major X1.9 Solar Flare at 20:46 UTC Thursday evening. An R3 Level Radio Blackout and a 10cm Radio Burst resulted. A faint, but full-halo CME is seen in the latest Lasco images and a small portion of the cloud appears to be Earth direted.

On this day back on Nov 4, 2003, the largest Solar Flare ever recorded took place around a Sunspot then numbered 486. The flare registered X28+, but was located on the southwest limb and out of direct Earth view. Some estimates are said that the flare was actually X40+. (SolarHam) 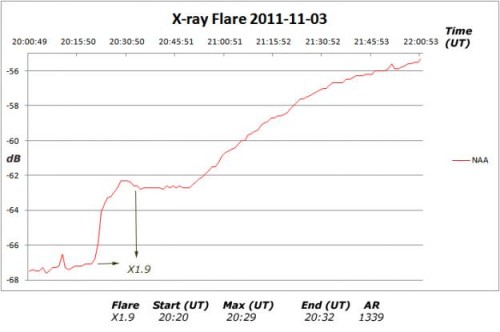 NOAA 1339 produced an impulsive R3 (Strong) Radio Blackout at 2027 UTC (4:27 pm EDT) on November 3. If a CME occurred, chances are it is not earth-directed given the far eastern  eruption site on the solar disk. Stay tuned on that bit. The large, bright active region remains potent. Odds are good there’s more to come. (NOAA SWPC) 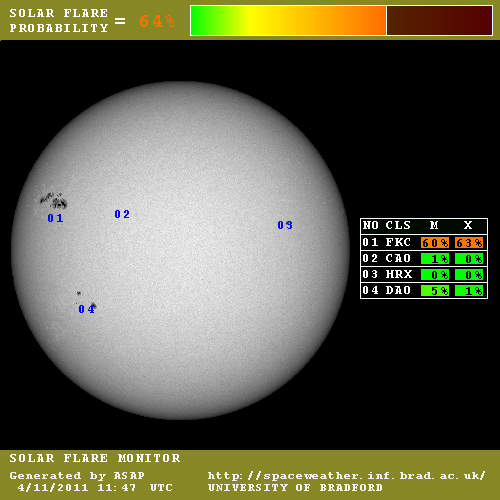 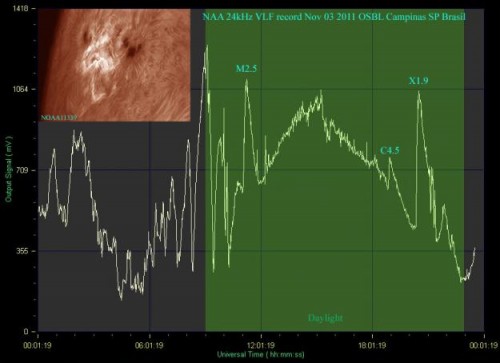