The already hard hit Van-Ercis area was hit by another earthquake/aftershock during the evening of November 9, 2011. 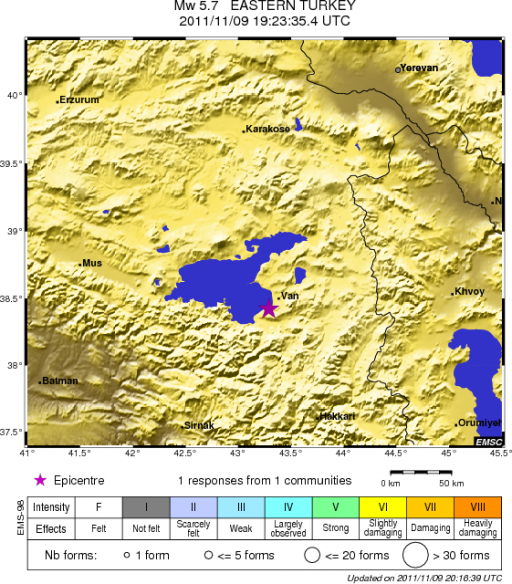 USGS issued a yellow alert level for economic losses. Additional damage and injuries are almost a certainty.  This earthquake has killed at least three people and collapsed 21 buildings including a hotel in eastern Turkey.

Koeri puts the epicenter right on the town of Edremit. It is unclear what effects the earthquake has had there in this town on the outskirts of Van located on Lake Van. 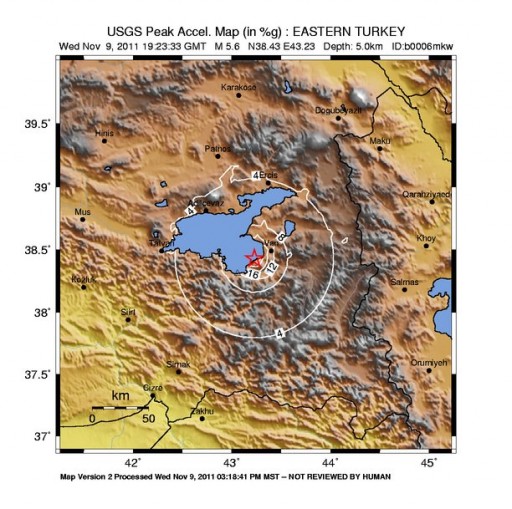