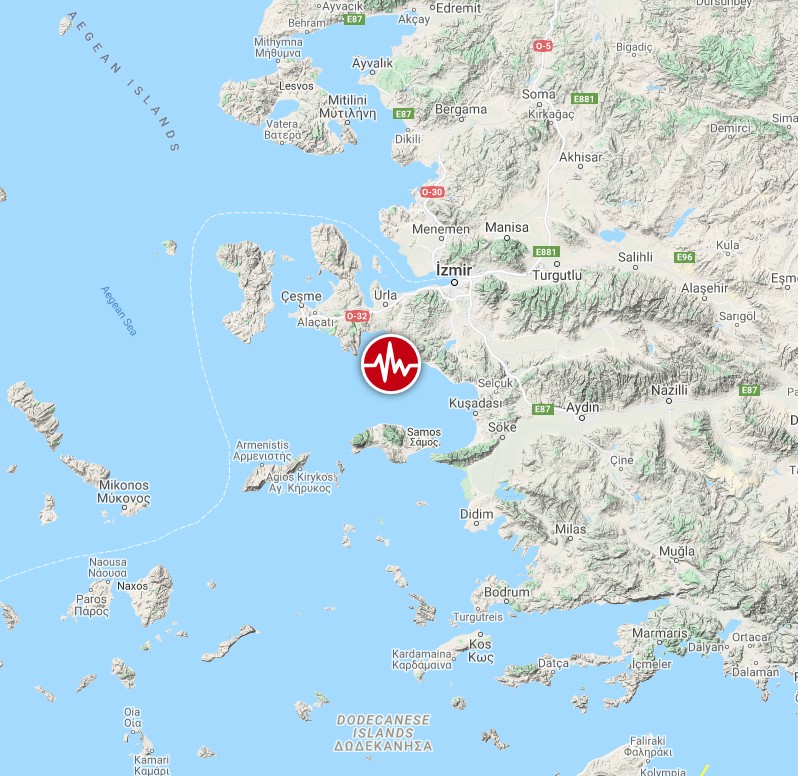 A yellow alert was issued for economic losses. Some damage is possible and the impact should be relatively localized. Estimated economic losses are less than 1% of GDP of Greece. Past events with this alert level have required a local or regional level response.

Overall, the population in this region resides in structures that are extremely vulnerable to earthquake shaking, though some resistant structures exist. The predominant vulnerable building types are unreinforced brick masonry and low-rise nonductile concrete frame with infill construction.

At least 12 people were killed and 438 injured in Izmir, Turkey while 2 people died on the island of Samos, Greece.

The quake triggered a tsunami that flooded parts of Izmir and Samos. Some fishermen are reportedly missing.

The tsunami was particularly powerful in the coastal town of Sigacik in Seferiuhisar, The Daily Sabah reported.

At least 12 buildings in Turkey collapsed, trapping people under the rubble. 70 of them have been rescued.

The death toll in Turkey rose to 79, bringing the total to 81, as of Monday, November 2.

17 buildings collapsed during the earthquake. More than 100 people trapped under the rubble have been rescued.

More than 949 people have been injured in Turkey, with 220 still in hospitals receiving treatment. 8 of them are in ICU, with 3 in critical condition.

More than 800 aftershocks have been recorded following the quake, with 40+ of them above M4.

Environment and Urbanization Ministry said around 5 000 rescue personnel, 20 sniffer dogs and 751 vehicles were deployed across the city of Izmir as of early Sunday, November 1.

This is the second destructive earthquake to hit Turkey since January 2020 when M6.8 hit the province of Elazig, killing 41 people and injuring 1 600.

The death toll in Turkey rose to 114 and the number of injured to 1 035. 137 of them are still being treated for injuries.

17 buildings collapsed — rescuers pulled from their rubble a total of 107 people. 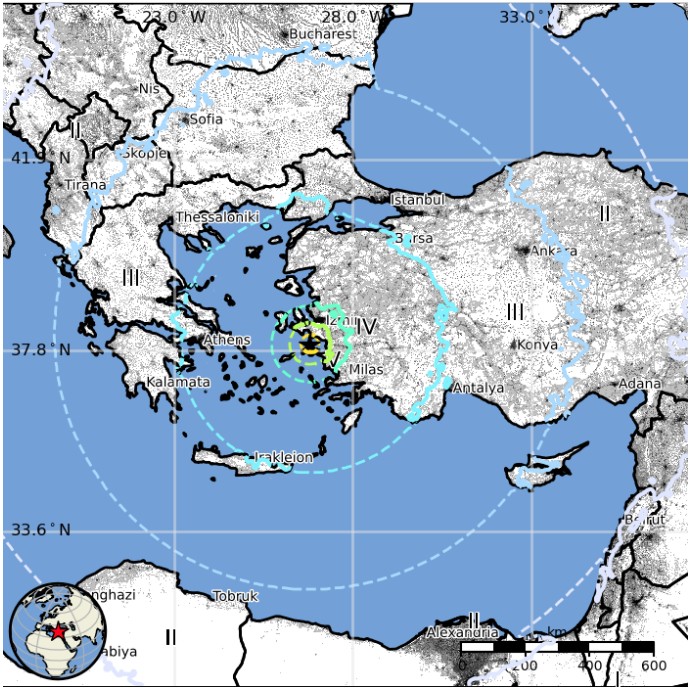 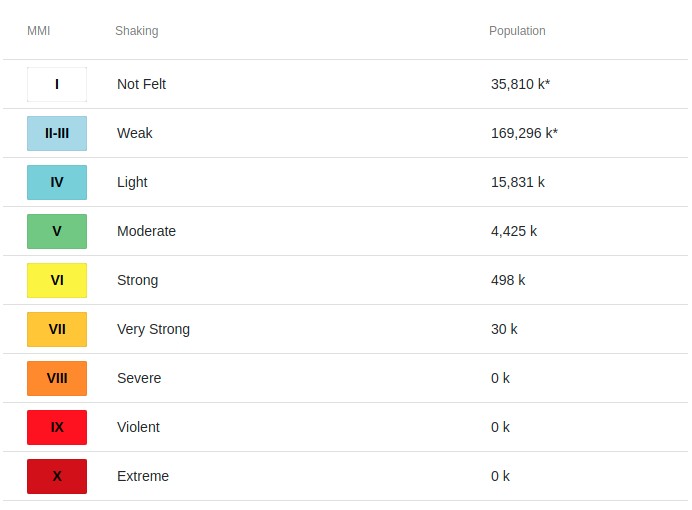 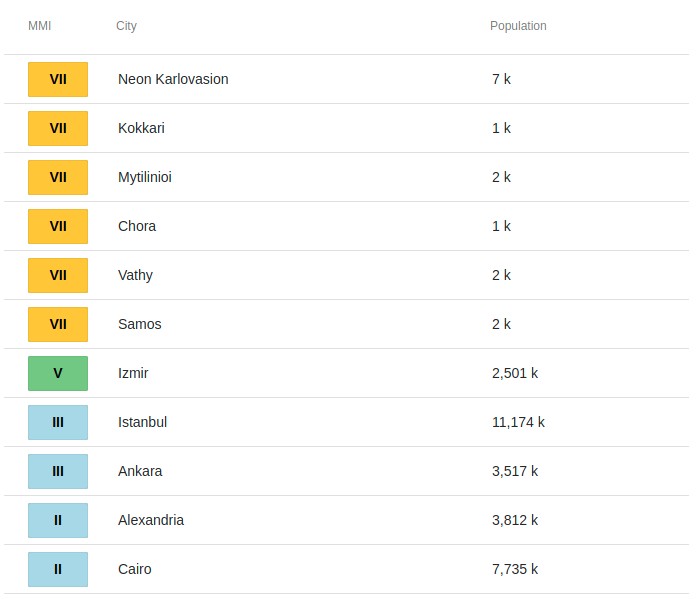 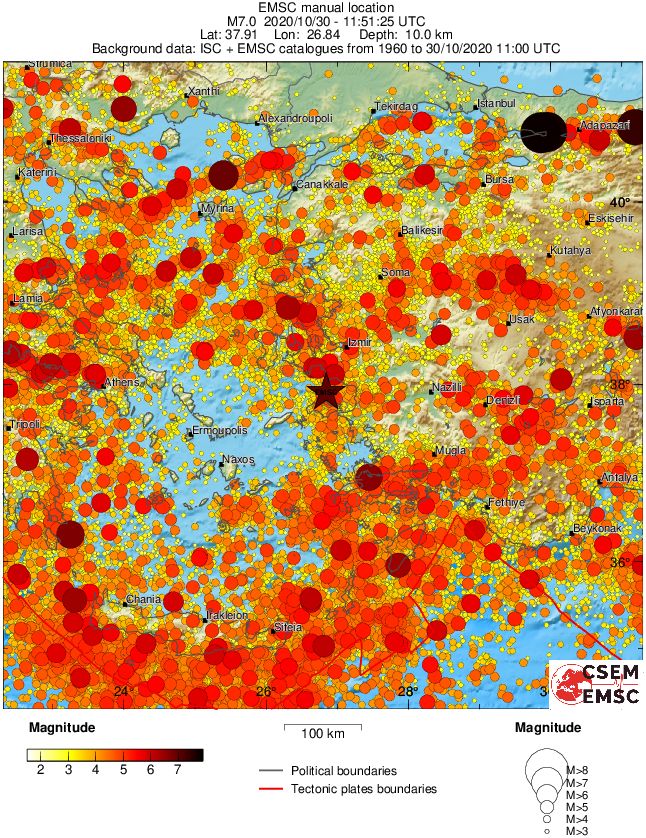