Typhoon "Goni" — named Rolly in the Philippines — has rapidly intensified into the strongest storm of the year as it moved westward over the Philippine Sea, according to the bulletin issued by weather bureau PAGASA at 09:00 UTC (17:00 LT) on Friday, October 30, 2020. 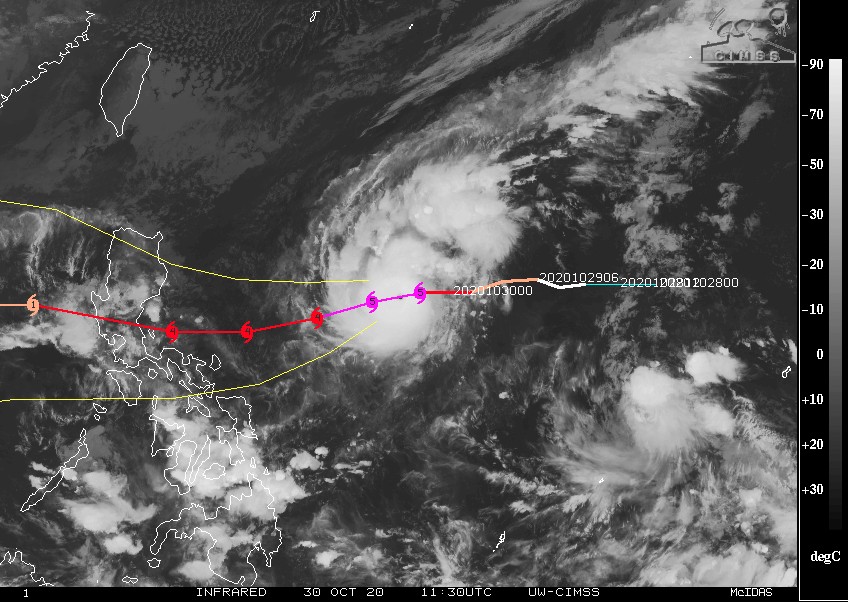 The trough of the typhoon and the northeasterly surface wind flow are set to bring light to moderate, with at times heavy rains, over Bicol Region, Eastern and Central Visayas, Caraga, Northern Mindanao, Zamboanga Peninsula, Batanes, Cagayan, and Isabela.

Strong winds to near gale conditions, as well as rough to very rough seas with waves reaching up to 4.5 m (15 feet) will be experienced over the seaboards of Catanduanes and Northern Luzon, the eastern seabords of Central Luzon and Quezon, including Polilo Islands, and the northern seaboards of Camarines Provinces. 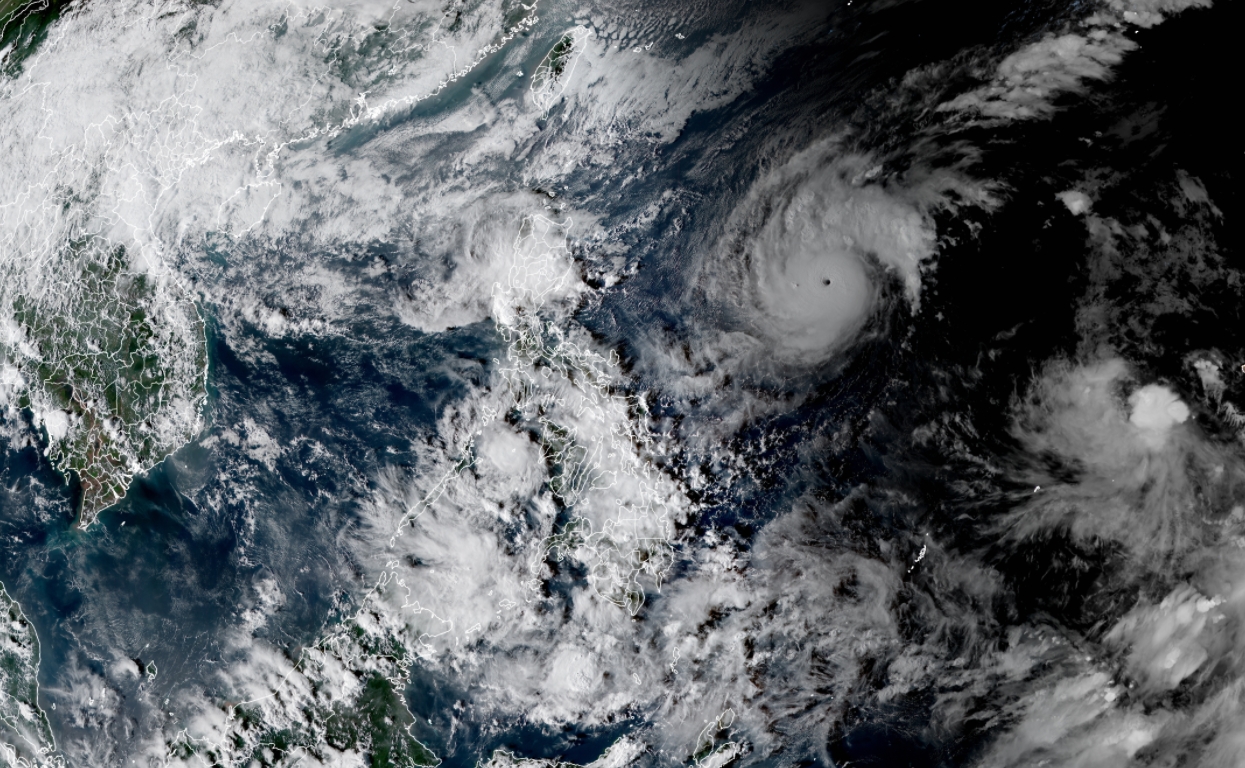 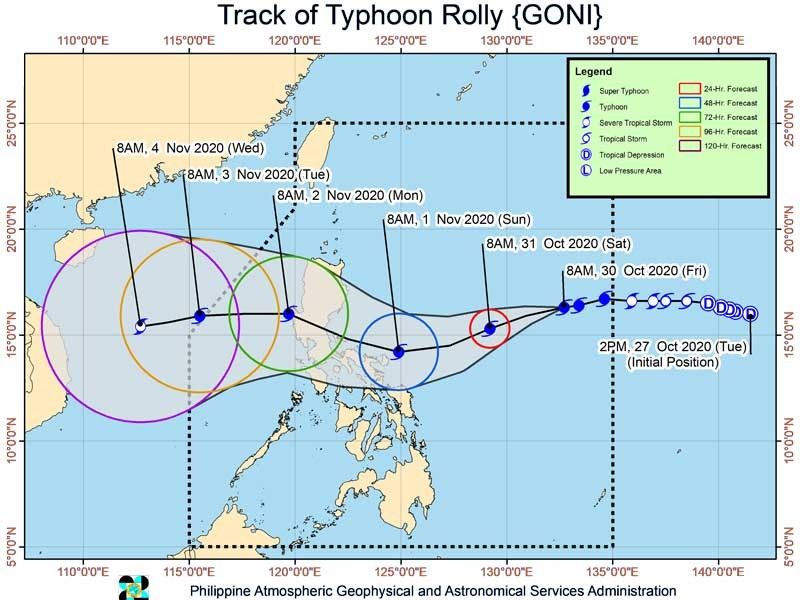 PAGASA noted that sea travel is risky over the aforementioned areas, especially for fishermen with small boats. A storm surge of up to 2 m (6.5 feet) may also be experienced over the coastal areas of the affected provinces.

"Given that it is likely for this typhoon to continue intensifying prior to landfall, the highest possible TCWS that will be raised throughout the passage of this typhoon will be TCWS Number 4 [associated with destructive to very destructive typhoon-force winds]," the weather agency stated.

The storm is likely to make landfall over the Aurora-Quezon area on Sunday evening or Monday morning, prompting authorities to place the entire province under red alert status. 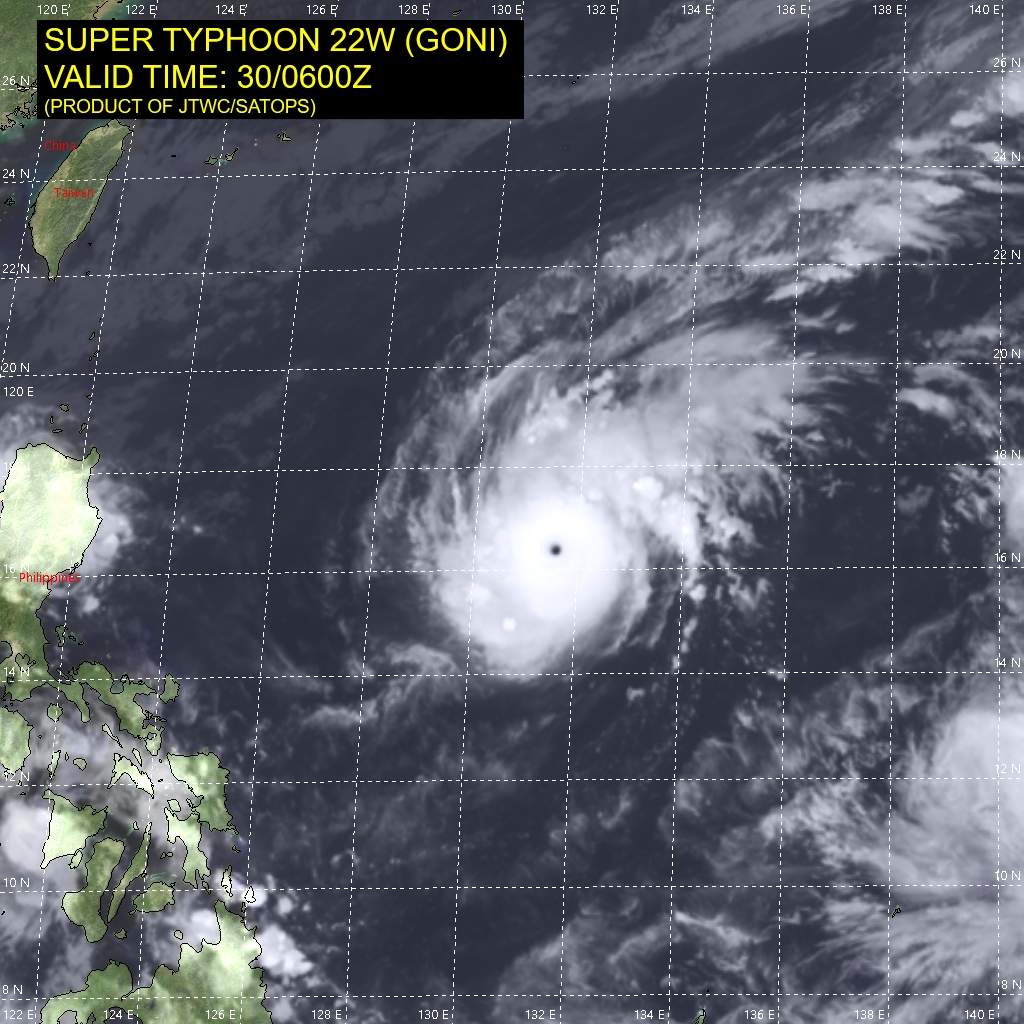 "As ordered by governor Danilo Suarez, the whole province has already been placed under red alert since 00:00 UTC (08:00 LT on Friday)," confirmed Melchor Avenilla Jr., the head of the Provincial Disaster Risk Reduction and Management Council (PDRRMC).

Under the red alert status, operation and monitoring personnel are required to be alert at all times to respond to emergencies and possible deployment of resources.

"We have been closely monitoring Rolly's path," Avenila added, after previous Typhoon "Molave" — locally called Quinta, caused damage worth around 488 million pesos or 10 million dollars in the province. As of October 29, Molave (Quinta) is responsible for the deaths of 16 people in the Philippines and 13 others missing.

Goni is the 20th named storm of the 2020 Pacific typhoon season.

After moving over the Philippines, it will head toward Vietnam where recent tropical cyclones claimed the lives of at least 230 people.